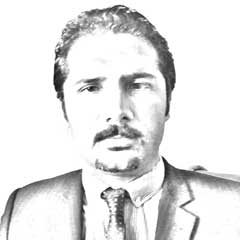 State authorities should pay heed to the Hazara’s case, as they are almost on the verge of extinction

The year 2012 was perhaps the bloodiest year for Pakistan’s Shia community. Almost 400 Shias were killed. Out of these 400, around 120 belonged to the Hazara community. In the wake of this brutal killing spree, the Hazara community staged a protest in Quetta. They brought the bodies of their loved ones with them, putting them on display for the media. The protest continued for days, and finally it resulted in the promulgation of Governor-rule across Balochistan. However, to date Hazaras are slaughtered by extremists on an almost daily basis.

Last week, two more members of the community in question were murdered in cold blood. Afterwards, the Hazara community staged another protest against the unending killings. It would be unfair to not mention the rights activist Jalila Haider, who is spearheading the ongoing protest.

For the last two days, she has been on hunger strike and has demanded the authorities of the state to come and see the conditions of her fellow Hazaras, who have been robbed of their loved ones. She specifically requested that Chief of Army Staff, Qamar Javed Bajwa, visit the spot of the ongoing protest so that he could see the widows, orphans and childless parents with his own eyes.

Given this appalling state-of-affairs, a true Pakistani — a patriot — ought to ask why the state has failed to dismantle banned groups in Balochistan. Why is the state indifferent to the suffering of Hazaras, and what has it conveyed to them through its callousness? Are Hazaras less Pakistani than the rest of us?

When injustice crosses all limits, it fosters and nurtures hatred. This will destroy our already weakened unity as a nation

Currently Hazaras are an easy target, thus, our state should take solid measures to ensure their safety. Possibly, the state can further activate its intelligence agencies and install Special Forces around the locality where the majority of Hazaras reside. Furthermore, they should be provided with special transport facilities as well.

However, all responsibility should not fall on the state. The Hazaras are our countrymen, and we must also ask ourselves what we can do for them. To answer this question, we need to shed our ethnic, sectarian and racial identity and stand beside our Hazara brethren. Besides, if we can’t be a part of their ongoing protest in Quetta then we can, at least, peacefully protest in our own town and districts. As a citizen of the state, our death lies in our disunity. The moment we become united, all the anti-state elements would dissipate themselves.

Pakistan is a federation which follows a constitution, it holds the government and law enforcement agencies responsible for the protection of its citizens. If the concerned authorities cannot do their job properly then it would be better if they resign from their positions. They aren’t there to inform people about the masterminds of terrorist activities after every unfortunate incident. Where were they when it was time to take pre-emptive action?

The Hazara community has had a target painted on its back for a long time now, and their wounds have become innumerable. When injustice crosses all limits, it fosters and nurtures hatred. This will destroy our already weakened unity as a nation. The state authorities should pay heed to their case, as they are almost on the verge of extinction. Furthermore, strict and prompt actions should be taken against the extremists groups operating in Balochistan, who seem to have turned the province into their personal playground. This way, we can begin to heal the Hazara community’s wounds.