The threat to Pakistan’s donkey population 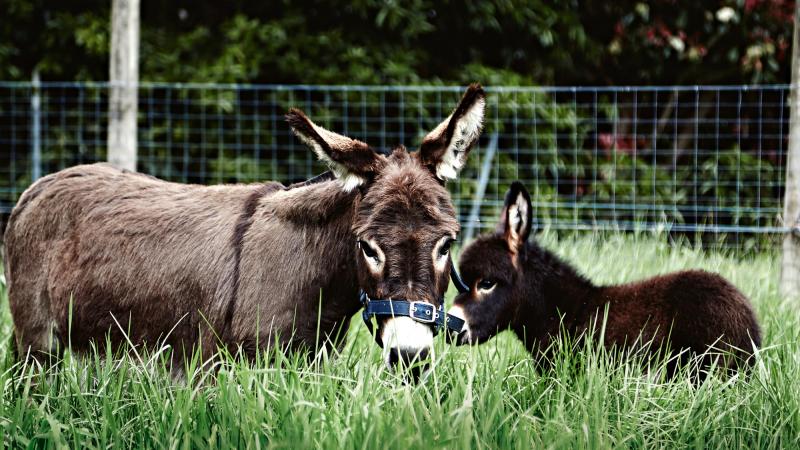 Pakistan is blessed with natural resources and immense biodiversity. However, institutional apathy and concern have led to Pakistan’s biodiversity and fauna and flora coming under increasing threat of extinction.

The present government did promulgate Pakistan’s first ever wild life policy in 2017, for which it deserves credit. By adopting this policy, Pakistan has joined a handful of countries in the South and East Asian regions that have similar legislation.

Despite this new policy, Pakistan’s biodiversity remains under threat. Domestic donkeys (Equus asinus) for instance, have witnessed a drastic fall in their numbers.

The global donkey population which numbers around 44 million is unfortunately facing a severe crisis, primarily because of the huge demand for their skins in China. The Karachi Police, for instance, recovered 4000 hides from the city, and claimed that these hides were to be exported to China.

China uses these donkey hides for preparing the traditional medicine ‘Eijao’. Donkey skin contains the product gelatin which is then used to make this medicine. Eijao is said to improve blood circulation, help patients with low blood cell count and reproductive problems, and is also used in preparing other food and drinks.

This has spurred a rapid rise in the demand for donkeys, and has resulted in a sharp increase in the stealing and execution of donkeys. In Egypt, for example, 10,000 donkeys were recently exported to China.

Considering the lucrative donkey market and the importance of donkeys for rural populations, it is essential that Pakistan’s government adopt holistic and responsible policies for their export and consumption. The provincial government in KP has taken the initiative in this regard through its ‘Donkey Development Program’ that aims to attract Chinese investors in the rearing of donkeys in the province.

The central premise behind the program is sound, but we must remain cognisant of how this program will impact local populations that rely extensively on donkeys for domestic and commercial purposes.

The Sindh government, moreover, can play a prominent role to ensure success in this area. In order to this, however, the provincial government must adopt a two-pronged approach that develops breeding and rearing zones in areas such as Tharparkar and Thana Ahmed Khan. Concomitantly, the government should also establish meat and hide processing units that allow producers to export donkey meat and skins abroad. The authorities must also ensure that producers and breeders follow stringent standards and regulations.

Such measures will ensure Pakistan benefits from the lucrative market in donkey exports, and will also guarantee that our local producers and populations are not adversely impacted by a rising decline in the donkey population.
The writer is Chairman, department of Parasitology, Sindh Agriculture University