MQM should answer for the Badlia factory fire: Bilawal 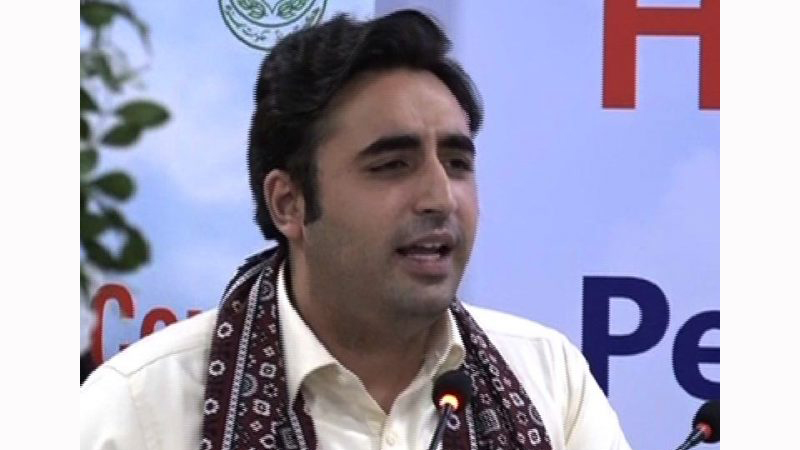 The Pakistan People’s Party Chairman Bilawal Bhutto Zardari said that the Muttahida Qaumi Movement should answer for the Baldia factory fire, in a press conference at the Bilawal House on Tuesday.

The PPP chairman said that “MQM should answer on their role in Baldia factory fire rather than doing politics on labour day”.

Bilawal said that as many as 14 labour laws were made by the Sindh lawmakers.

“The PML-N government has nothing to offer to the labourers. If we come into power our main focus will be the labourers,” he said. “We have to expand the social security rights of the labourers.”

Bilawal said that the win of Peoples’ Unity panel in the Pakistan International Airlines CBA union is a referendum against privatisation and his party won’t let the federal government do privatisation of any state institution.

“The PML-N government is conspiring to do privatisation of PIA and Pakistan Steel Mills, but rest assured we wont’t let them do it,” he said. “The trade unions were restored in the PPP’s tenure. Our party raised the pensions.”

Taking further jibe at the Pakistan Muslim League-Nawaz government, he said that in the recently-announced federal budget has nothing to offer to the labourers.

“There is no new scheme announced in the budget. We condemn the N-league’s apathy for labourers,” he said. “Our main priority will be on trade union.”

Bilawal said that the provincial government has worked to abolish bonded labour but still much more is left to do.

The PPP chairman said that his party face baseless allegations of over-employing people in state institutions.

“Overemployment is not an issue, but having said that we don’t support ghost employment either,” he maintained.

Bilawal strongly condemned the perpetual increase in the PoL prices by PML-N government to create unbearable economic conditions for the masses through unprecedented rise in commuting costs directly hitting the lower strata of population.

The PPP chairman said PML-N increased PoL prices continuously since several months and its latest “parting petrol bomb attack” on masses has reflected its intentions to drag them into a slough of poverty and an economic disaster at ground level.

“PML-N is the government of rich, for the rich and by the rich as it started schemes favouring the elite to whiten their black money and thrive. The poor majority of the nation is being grinded between inflation and hopelessness,” he stated.

Bilawal said that PPP will not remain silent while PML-N government policies were sky-rocketing the prices of commodities and fleecing the poor.

“The PPP will raise its voice against PoL prices hike in all available forums, adding that people will avenge the cruelties and ruthlessness of the Panama League in the next elections,” he added.