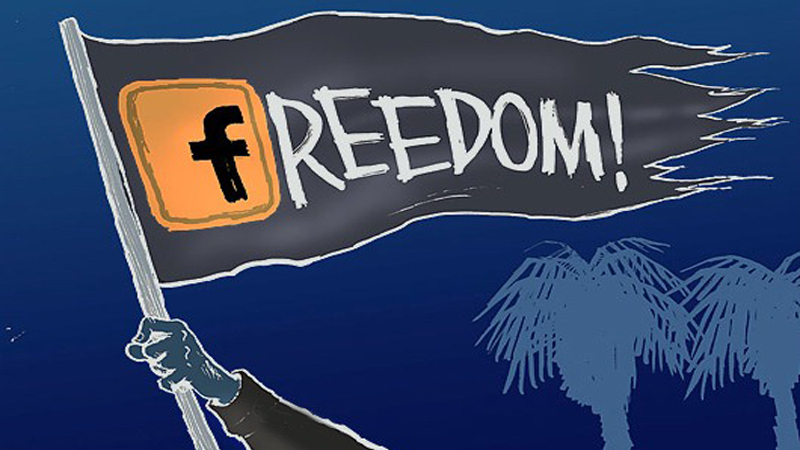 Back in the day when Qandeel Baloch was among us, many people deemed digital media as the one true platform where freedom of expression could be a reality and not a utopian dream lived in snippets. Contesting it was another group that labelled social media as demonic and against our “cultural” values. Today, we are seeing a different category of social media revolution where a social movement is not just gaining momentum via and on digital media but is also challenged by a counter social media attack. Rather than projecting a Trumpian Twitter fiasco, the Pashtun Tahafuz Movement is making the most of technological advancement and reaching out to a greater public, in number of course.

Who is this young boy and what is he saying? How do we know about him if the media is blatantly practicing a blackout of the movement? Where are the debates really taking place and who is participating in them? Who is this narrative for and who is going to be benefit from it? Social media activism is usually looked down upon as a pseudo-intellectual pursuit of sheer narcissism, reeking of privilege and impotence. Oh, how the tables have turned!

Average Pakistanis, students, expats, opinion leaders, journalists, academics, politicians and even the establishment indulge in this debate almost every day, claiming social media when newspapers and television channels are a lost cause under censorship.

A young boy from FATA, belonging to a marginalised community, who does not even qualify as an “Aam Pakistani” is not just asking for change but bringing it. The change is the questions that are raised above and so many more that are daily dealt with on these social media channels. Average Pakistanis, students, expats, opinion leaders, journalists, academics, politicians and even the establishment indulge in this debate almost every day, claiming social media when newspapers and television channels are a lost cause under censorship. Journalists whose articles are not being published share their words on such platforms which have become more far-reaching than ever. Everyday joes can get the opportunity to engage with academics whose work they have been intensely following. What this movement has disclosed is that a social media debate can be so much more than a petty unveiling of other’s grammatical mistakes: it can be a dialog.

People are getting access to vistas of information that was not so conveniently handed over to us in the past. But of course, like all good things in life, this has a downside as well. The jingles of fake news are not new to us anymore and many movements and voices are regularly maligned and discredited, stripped of their integrity and authenticity. Everyone is a preacher, a revolutionary, a rebel, a bigot, a racist, and a dictator within 280 characters! It is easier now to be heard but it is even easier to be silenced.

Just like many neoliberal agendas, social media too has been instrumentalised, especially in the recent past, by certain institutions to project a certain narrative in contrast to reality. Current identity politics is rebranding itself under the guise of Twitter accounts and has turned into a threat to democracy or whatever notion of it we are so desperately holding on to. This is definitely a two-edged sword.

However, the fact that we are talking about these things, that the spotlight has moved from embarrassingly typical political dramas to the plight of the real citizens, and the meaning of citizenship that is granted to us is a revolution in itself. Things cannot be brushed under the carpet with previously practiced nonchalance anymore. The catalysts of critical thinking are now a click away. As Foucault once prophetically said “where there is power, there is resistance”; what he might not have seen coming is the grand play taking place on the stage of social media. Nevertheless, the point of significance is the resistance, be it on the roads or be it in the incessant likes and shares on Facebook statuses. But do not forget the power that we all enjoy as users of the internet. Know your politics and make sure to be tolerant of other people’s politics too. After all, we all have a story to share; it is the exchange that needs to be celebrated.