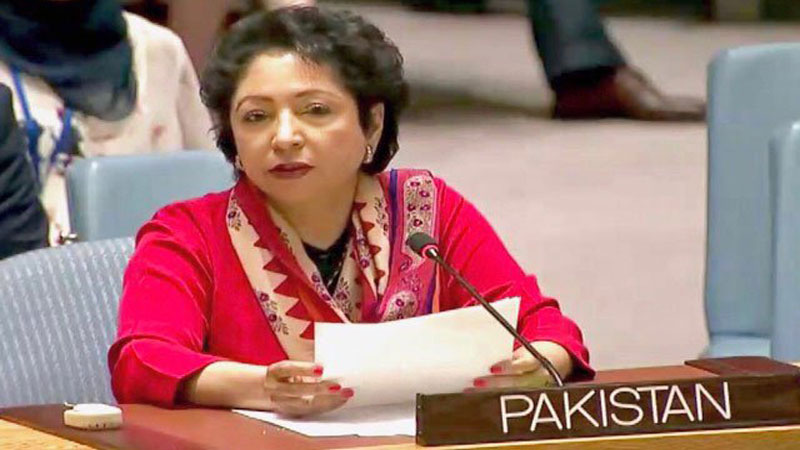 NEW YORK: China’s “One Belt, One Road” project, of which China-Pakistan Economic Corridor is a part, will bring economic prosperity to all nations through regional connectivity, Pakistan’s Ambassador to the United Nations, Maleeha Lodhi, has said.

“We in Pakistan view the Chinese initiative as the most important 21st century enterprise,” she said in an interview with Xinhua, China’ state-run new agency.

The mega, $46 billion project with 3,000 kms of roads, railways, pipelines and infrastructure programmes will connect China’s Kashghar in Xinjiang province with Pakistan’s Gwadar port. It is expected to help improve the lives of billions of people in China, South Asia and Central Asia, who would benefit from the economic corridor.

CPEC is set to be completed in three phases by 2030.

“It is the greatest economic initiative of the 21st century,” Ambassador Lodhi said of the flagship project.

Highlighting Pakistan’s geo-strategic location at the intersection of East and West, she said Islamabad’s role as a partner with China to promote regional connectivity was going to be especially important.

“Pakistan is particularly pleased to be a key partner with China in the implementation of the project,” she added.

“We see this initiative to be also very important in helping to achieve the UN’s 2030 global development agenda.”

About China’s role at the United Nations, Ambassador Lodhi said it’s role was commensurate and consistent with the fact that it is now a global power.

“China is not just an economic powerhouse of the world, but a major global power ; its diplomacy at the UN is very active, ranging from peace and security to development, to human rights, to many other issues she said.

On every global issue, Ambassador Lodhi said China’s voice was heard loud and clear, pointing out it was always on the side of the developing countries as it considers itself a developing country too.

“So, as a member of the Group of 77(developing countries), which is G77 plus China, we align our policies here at the UN on a range of development issues, particularly the achievement of the Sustainable Development Goals (SDGs). On that also, China has a very important voice and it has a very important role to play.”