A ray of hope in the Korean peninsula

North Korea’s announcement that it is halting nuclear and missile tests has received a broad international welcome.

This has given us another hope for peace in Korean Peninsula as the matter had been a concern for the region since 1950s.

The joint military exercises between South Korea and US troops were a permanent concern for North Korea. Installations of THAAD and other hi-tech weapons has aggravated the situation further. Due to such immense threat, North Korea was left with no other options, except to develop weapons of deterrence — missiles and nuclear weapons. In spite of many threats and warnings from UN, US, South Korea & International community, North Korea kept on developing such weapons and successfully tested them. The situation was further escalated due to exchange of harsh words between President Trump and President Kim during the last couples of months. The two presidents, keeping all the diplomatic norms, were using uncivilised language for each other. 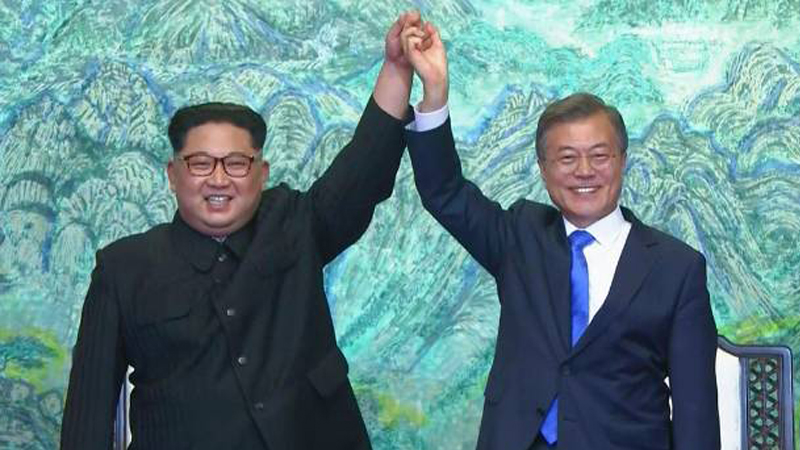 North Korea has achieved its targets and its capabilities have been acknowledged. North Korea may not need to pursue them further. On the other hand, during the course of development of such weapons, all national resources were dedicated on it and economic development was compromised. As a result, North Korea suffered a lot in respect of Economic development, shortage of food, lack of health-care & education, as well as wide spread poverty was witnessed.

North Korea was a very close ally of China. During the last month visit of President Kim to China and wide range discussions with Chinese leadership, he may have influenced him. He might have been impressed by him. He might focus on North Korean Economic Development and on the welfare of common man in North Korea in the near future. He might fight against poverty in his country. On the other hand, meeting with US President may prove to be a big achievement for him, which his father, grandfather, elder generation could not achieve.

Any positive development in any part of world should be appreciated and supported. The world is in need of ‘peace, stability and development’. Whenever and wherever, there is any opportunity of peace and development, we must grab it and make this world safe and prosper.

The writer is associated with National University of Sciences and Technology (NUST), Islamabad