If there is even a whisker of evidence against the accused, the public will have their way, and Ali Zafar should then be dealt with accordingly

At the dusk of 2017, the MeToo movement took social media by a storm. The campaign seized all top trending slots of the entire social, electronic and print media for days without end. Hollywood giants made harassment claims against other Hollywood giants. The world witnessed nothing less than a revolution as patriarchy was set ablaze by powerful women of the west. As with most trends, MeToo also found its way to our much more right aligned nation. With mixed reactions and unguided extremist beliefs, the social media in our country still has not fully determined whether or not the movement has reached Pakistan with sound and legitimate reasoning.

Here, please take note that I strongly believe in women empowerment and work towards building a progressive mindset through my interactions. However, even before this article is published, there is a sense of retribution lingering over me. The feeling that it will not be received in good faith is a major downside for the MeToo campaign. Being led by educated liberals, one would hope that a counter-narrative is well acknowledged.

The hottest topic of debate currently is none other than the Ali Zafar-Meesha Shafi sexual harassment controversy. For Pakistan, it is as powerful as the Harvey Weinstein case of Hollywood, as it brings into play two of Pakistan’s top entertainers. Ms Shafi, empowered by her ever inspiring boldness, voiced a harassment incident and Twitter kept her top trending for hours, producing endless opinionated content and a few relatable stories.

At first, she only mentioned that she had been harassed by someone she had trusted as a colleague and a friend but later in an interview specifically stated that there had been two incidents where, allegedly, Ali Zafar sexually harassed her; the latter of which had taken its toll on her. This specific incident, according to Ms Shafi, took place during a jamming session before a concert in the presence of a band and other personnel.

Advocates of Ms Shafi have pronounced themselves in her support unconditionally. Twitter feedbacks, comments under news lines and interactions with her supporters will tell you unequivocally that nothing more than her word is enough to believe that Ali Zafar is a perpetrator and a predator of women in vulnerable situations.

Although it’s only fair to point out that the ghairat brigade in support of Ali Zafar has also come out unconditionally, the major point of advocacy Ms Shafi’s support has relied upon is one that can be heard in the western debate as well: the fact that the victim blaming leads to silencing the voices of those preyed upon. Hence, the idea is to believe the victim because it takes enough courage to speak up anyway. The question asked by many is, why would she put herself through so much when she already is an accomplished star in the industry? No one knows the answer to this question, and I believe if we begin to answer it, we will take the debate to immorality and unproductiveness. But, food for thought — does this question alone prove the honesty of her claims?

My objective is to focus on the moral and just side of the equation. In my opinion, one should exhaust all avenues of the law before taking such a matter public and beginning a social media trial. The law is straightforward and claims presumption of innocence, in the criminal justice system, until proven guilty. In most cases, proving harassment is quite close to impossible, as Pakistani law takes the hudood course of accountability for such actions. This means having to provide witnesses and it forms the basis of the most concrete justifications of the MeToo campaign, proving in the court of law is indeed a very tricky affair. 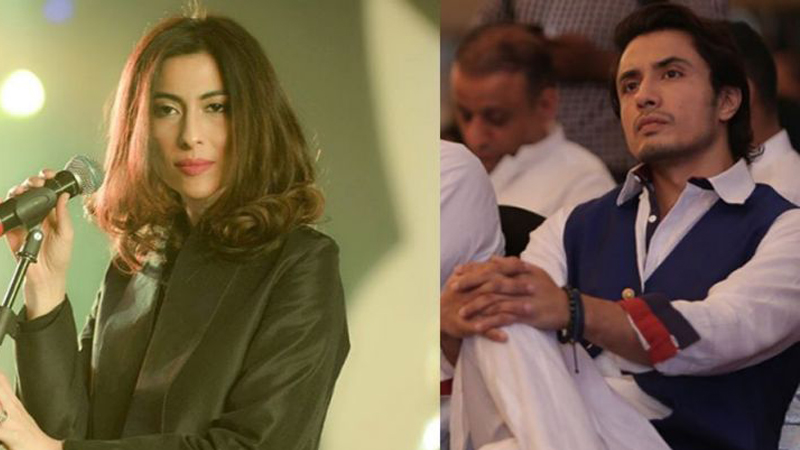 However, in our quest for justice, we might have undermined certain basic rights and overstepped in our privileges. Defining the boundaries of harassment especially in a country of such diverse thought as Pakistan is a very complicated business and establishing a successful counter policy would require a great deal of sensitivity.

The approach to harassment is a relative concept and one that is based on different cultural, religious and social beliefs. It varies for every individual. In Pakistan, MeToo has had an alarming lack of proportion where the social media users claimed a hug for a picture pose was an act of harassment and in another incident held a doctor accountable for harassment because he sent his patient a friend request on Facebook. I believe such extremist thoughts exist in radical clerics, not progressive liberals.

On the issue at hand, I request my fellows, who support Ms Shafi in her claims, to allow themselves to ask a simple question: whether or not Ms Shafi could have proven her stance in court? She claimed that the act of harassment took place during a jamming session which places other people in the room as witnesses, which means she could have easily found an execution for Ali. On the contrary, she took it directly to the social media. Naively, opinions were formed without knowing all the facts. Ms Shafi has so far relied on blind trust of her fans for support. If we play a game of who has the most followers and whose followers are more vocal in the arena, the movement is doomed. Social media is known to mainstream the loudest and angriest voices, which might not always be protecting the right.

Undoubtedly, it takes a lot of courage to speak on such issues publically. In an industry where public image counts the most, Ms Shafi has gained a lot of sympathies, and Ali Zafar has suffered quite so much. Ms Shafi should not only feel confident but also bound to reveal facts hidden so far. As for Ali Zafar, taking the matter to court was the right decision. If there is even a whisker of evidence against the accused, the public will have their way, and Ali Zafar should then be dealt with accordingly, and might I add, harshly. However, if not, Ms Shafi should be ashamed of making such hideous remarks and held accountable for using a status of privilege for immoral gains.

The writer is a student of Politics and works with the Government on Research and Policy. TWs @aukniazi