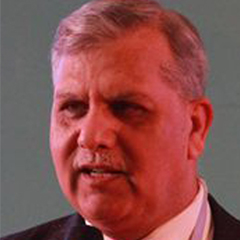 CPEC: A symbol of friendship and cooperation

The benefits of CPEC, in essence, will be vividly realised with the launch of the planned Special Economic Zones

Over the years Pakistan and China have enjoyed excellent relations. The roots of this friendship go back to the time when ancient Chinese traders used to travel to Europe through Pakistan. The route taken was known as the ancient Silk Route. Around 2000 years ago, famous Chinese monks like “Fa Xian” and “Xuan Zang” travelled to Peshawar, Swat and Taxila to learn Buddhism.

General Geng Biao(late), during his appointment as the Chinese Ambassador to Pakistan in 1956-59, realised the importance of connecting China and Pakistan by road. He convinced the leadership of that time, Chairman Mao and Premier Zhou En Lai, to construct the Karakoram Highway which would connect China’s Xinjiang province with Pakistan. It is worth mentioning that President Xi acknowledges General Biao as his mentor.

President Xi came into power in 2013 and launch the “One belt one road” (OBOR) or the “Belt and Road initiative”; which is a major development plan for China’s future. Today, 69 countries have joined OBOR. There are six economic corridors planned under it, and the China-Pakistan Economic Corridor (CPEC) is one of them. Since it is the first one, it has been declared as the flagship project. Both China and Pakistan highly prioritise it and are occupied in making it a success so it can stand as a role model for the following five economic corridors.

Under the vast CPEC umbrella, China is assisting Pakistan in overcoming its electricity shortfall issues, which has been resolved to a certain extent. In most areas, load-shedding has been reduced to two hours only. The power supply will meet its demand in a couple of years as currently operative power projects have reached their completion.

Pakistan has faced much difficulty because of its outdated infrastructure. The existing railway system was built by the British way before Pakistan was founded. At the time, the road network was lacking as well. China is assisting Pakistan here by developing multiple motorways and highways throughout the country. Most of the road network is near completion. ML-1, the railway system, will be upgraded within the next couple of years to meet modern day needs.

In addition, an optical fibre link is being laid down between China and Pakistan. It willim prove internet coverage, enhance internet speed and boost the Pakistan’s struggling IT industry. Attention is being paid to Thar Coal. Oil and gas pipelines are also under construction to meet energy needs.

Moreover, Gwadar Port is being developed and could soon be a hub for the entire surrounding region’s commercial activities. Gwadar is located at the entrance of the Gulf – Arabian Peninsula and acts as a major energy trade route between the Middle-East and the rest of world.

However, we are at the very initial stage of CPEC and are working on laying a strong foundation for its success. The benefits of CPEC, in essence, will be vividly realized with the launch of the planned Special Economic Zones (SEZs). Pakistan is blessed with many natural resources and is agriculture-rich. Most of our agricultural produce is used in an unprocessed form since our agriculture process has not been mechanised yet; this includes food processing, cold-chain processing, post-harvest processing and preservation. Pakistan is rich in mineral resources as well; however, the mining industry is not efficient and automated enough to utilise this blessing. The country has huge investment opportunities for Chinese entrepreneurs specifically because of this.

We believe in the Chinese “Win-Win” philosophy and trust that any collaboration between Pakistan and China will be beneficial for both nations. It is our sincere outlook that both countries work, develop and prosper together. We also play an important role in regional security and stability too.

Pakistan is facing many challenges and threats. With the launch of CPEC, some western nations have become harsh and unwelcoming. Therefore, the amount of obstacles we have to overcome has risen. At present, Western nations seem to favour India over Pakistan. The US. For example, is supplying the latest hi-tech weapons and financial assistance to India. Australia and France have provided the Indian Navy free access to their naval bases. The West nations has also encouraged and facilitated India to enter Afghanistan. India has established 17 consulates along the border with Pakistan inside Afghanistan.

Pakistan and China will overcome all such challenges and threats. We will work more closely with each other to make CPEC a success story.