Although the PTI government took some dramatic steps to upgrade education system, it failed to enroll over half of the girls in the province

While forming the government in Khyber Pakhtunkhwa, Imran Khan claimed that Pakistan Tehreek-e-Insaf (PTI) would make it a model province for the whole country. He reportedly pronounced that the example of the Indian province of Bihar, where chief minister Nitish Kumar introduced sweeping reforms, would be followed while developing KP. The PTI chairman boasted that KP would have surplus electricity by the end of the term. The other pledges included uniform education system for all, a robust local government system, eradication of corruption, playground in every union council among other. The list of overly ambitious commitments is long. As almost a month is left in its tenure, the PTI-led government is unlikely to keep many of the vows its leader made.

Although the PTI government took some dramatic steps to upgrade education system, it failed to enrol over half of the girls in the province. It couldn’t stand the pressure from doctors’ associations and Private Schools Association while implementing health and education reforms. The party leadership bragged about Khyber Pakhtunkhwa Ehtesab Commission (KPEC),which proved a total disaster in the end. To add credibility to KPEC, Imran Khan glorified its director general (retd) Lt Gen Hamid Khan many times. Much to PTI’s embarrassment, he later resigned in protest against a provincial ordinance which strikingly amended Ehtesab Act of 2015. Besides, many unwarranted compromises were made to save the government.

It has been observed that PTI gave in on numerous unreasonable and radical demands of its coalition partner Jamaat-e-Islami. Lower Dir is one of the very few places in the country where JI enjoys a huge vote bank. During early days of the government, popularity of former provincial minister for Industries, Commerce, and Labour Bakht Baidar Khan of QWP, who belongs to the same district, was growing immensely. It was because he had a burning enthusiasm for developmental projects in his constituency. Resultantly, JI’s political interests were at stake. Though there might have been legitimate reasons behind his dismissal, it is alleged that hewas sacked at the behest of Jamaat-e-Islamidue to vote-bank politics. JI was accorded deference again in the Khyber Bank scandal as PTI couldn’t risk losing its alliance.

The list of PTI’s overly ambitious commitments is long. With only a month left in its tenure, it is abundantly clear that the KP government is unlikely to keep many of the vows made by Khan

Furthermore, chief minister Pervez Khattak along with his cabinet members embroiled themselves in dharna politics instead of focusing more on provincial matters. Also, many of PTIl awmakers sold their votes in the last Senate elections which tarnished party’s image and proved Imran’s political dry-cleaning technology illogical and impracticable. Voting for PPP in Senate elections and entry of a large number of turncoats, whose increasing control on party matters was termed equivalent to tactics of East India Company by Fauzia Kasuri on pages of this newspaper, has further harmed PTI’s reputation. Moreover, working on BRT project has increased grievances of Peshawarites because of frequent changes and ill-planning. Having said that, the overall performance of PTI is far better than its predecessors in many respects.

Drastic reforms in health and education departments have been put in place which was long overdue. Hospitals which had four to five physicians now enjoy service of forty to fifty doctors. Sehat Ka Insaf program, a health insurance scheme, is a big success. Similarly, thousands of teachers have been recruited on merit via NTS. All government schools are being switched over to English medium gradually through proper procedure. The Police department has been depoliticised to a great extent and has built up a good reputation. Once deeply distrusted, people have now started showing confidence in the department. No doubt, PTI government concentrated on areas which were abandoned by others. 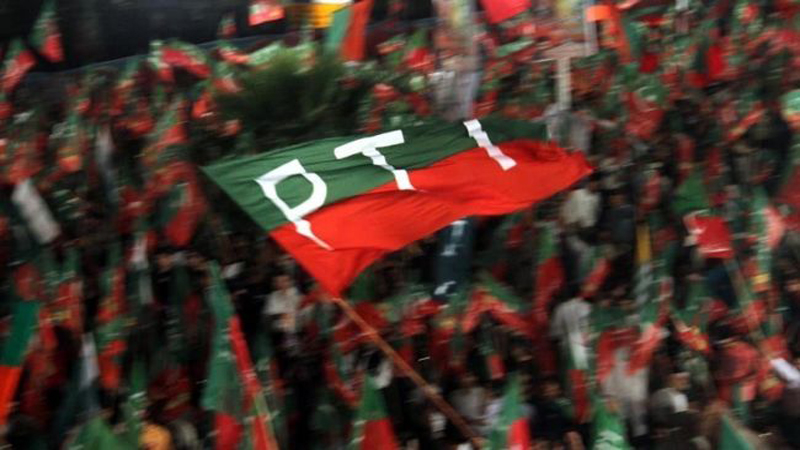 Peshawar was regarded as an orphan city in the province till very recently. The previous governments focused on special constituencies vis-à-vis developmental schemes keeping in mind their own political interests. Bannu was darling to Akram Khan Durrani, and Mardan got superfluous favours from Haider Khan Hoti when they were chief ministers. It was the PTI government whose centre of interest was capital of the province. BRT and Bab-e-Peshawar are two of the main megaprojects which belong to Peshawar.

Further, no other provincial government could launch megaprojects like Billion Tree Tsunami, Swat Expressway, and BRT. The legislations enacted by this government also have no parallel in the past. The KP Right to Information Act 2013, Local Government Act 2013, Right to Public Services Act 2014, and Police Act 2017 are some of the remarkable laws passed by this provincial assembly (PA) which have begun to yield positive results.

That’s why PTI still enjoys widespread popularity in the province. Generally, people are pleased with its performance and are likely to vote for bat in large number in the coming polls. There are high chances that PTI would emerge the biggest party in PA after next general elections. But it might not be in a position to make government as there is strong probability that other parties may form a post-election alliance to keep PTI away from reins of the government. Had PTI fulfilled a significant fraction of all the promises it made, no one could have dared to even dream of forming a government in the province but the PTI itself.