The Daily Times has obtained copy of the appointment notification for Dr Farkhanda. 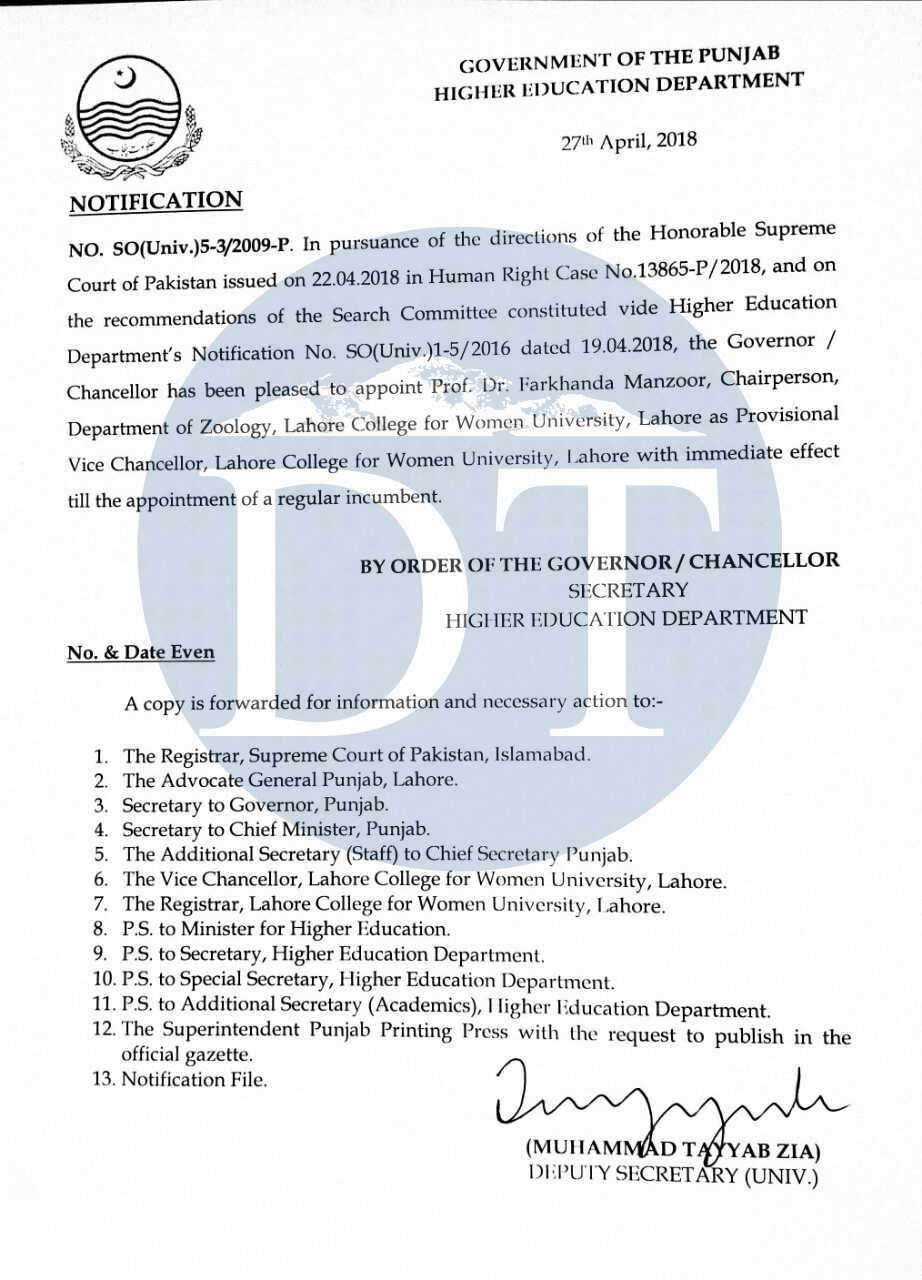 In the wake of dismissals of Punjab University (PU) and Lahore College for Women University (LCWU) vice chancellors on orders of the Supreme Court, the varsities conducted interviews to appoint provisional VCs on Friday.

Earlier, the registrars of the varsities were directed by the Punjab Higher Education Deparment (HED) to conduct interviews and appoint provisional heads, who will remain in charge until the government appoints permanent heads.

In a notification issued to both the universities, the HED directed the search committee given the task to appoint a permanent VC to appoint an interim head until appointment of a permanent vice chancellor.

While on the other hand, Dr Bushra Khan, Dr Shagufta Naz and Dr Farkhanda Manzoor of the LCWU were called for the same purpose.