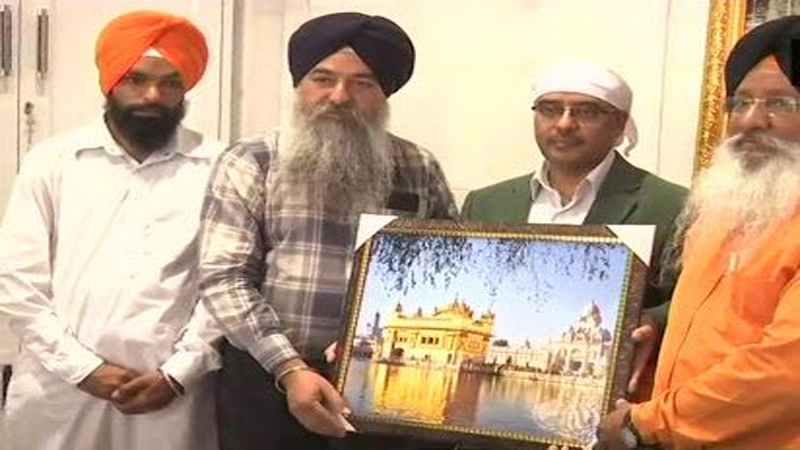 ISLAMABAD: Pakistan’s High Commissioner to India Sohail Mahmood paid an official visit to the Indian states of Haryana and Punjab in Indian Punjab from 23-25 April 2018.

During the visit, the High Commissioner had broad-ranging interaction with state dignitaries, academics, businessmen and representatives of the media.

Separately, High Commissioner Sohail Mahmood called on the Chief Minister of Punjab, Capt. Amarinder Singh, and had an extended exchange of views during the luncheon graciously hosted by the latter at the Chief Minister’s official residence.

The High Commissioner later visited the Panjab University in Chandigarh for interaction with Vice Chancellor Dr. Arun K. Grover and other Members of the Faculty. A group of University students also participated in the discussions.

The High Commissioner also visited the office of the daily newspaper The Tribune, headquartered in Chandigarh.

During these interactions, views were exchanged on myriad aspects of Pakistan-India relations. Among other things, the need for reducing bilateral tensions including on the LoC, implementing Confidence-Building Measures (CBMs), reviving the structured dialogue process, peacefully resolving outstanding disputes, and taking steps to promote socio-economic development at the regional level through the vehicle of SAARC was underscored.

Besides, the role of people-to-people contacts, in particular media, academia, sports and the youth, in changing perceptions and creating a conducive environment for sustainable peace and stability was highlighted.

In the context of making progress on humanitarian issues, the High Commissioner underlined the importance of early repatriation of Pakistani prisoners who have completed their sentences.

During the course of his visit to Amritsar, High Commissioner Sohail Mahmood had interaction with members of the CII and businessmen associated with Pakistan-India trade.

In these discussions, among other things, the role of visa facilitation for Pakistani businessmen and the need for revival of relevant business and governmental mechanisms for addressing trade-related problems and issues was emphasized.