How Iqbal is superior to Einstein when it comes to Science vs. Religion

“Science without religion is lame, religion without science is blind.” - Albert Einstein 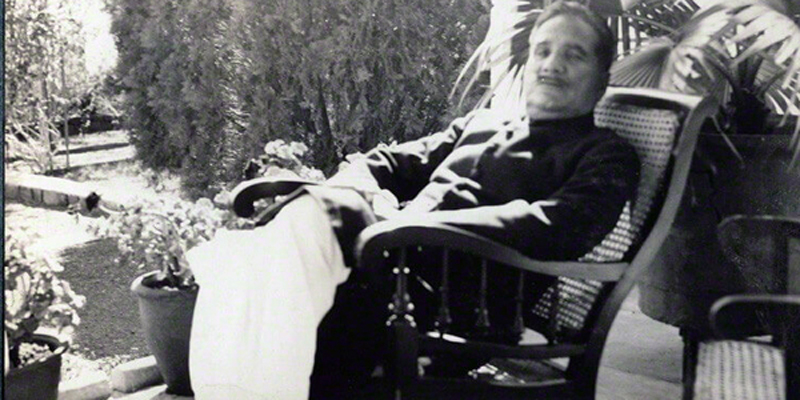 The relationship between science and religion continues to be uncertain and confusing. While the Neo-Darwinians like Dawkins and Hutchins simply dismiss religion out of hand, others try to create a place for each in the life of humans. The above quote by arguably the greatest scientist of all times Albert Einstein intrigues and irritates atheists for it is often used by the theists as a proof that the great man was religious. I will come back to Einstein later but first let me mention Stephen Jay Gould, an evolutionary biologist, and historian of science who is considered one of the most influential and widely read writers of popular science of his generation. In his book Rocks of Ages (1999), Gould puts forward what he described as “a blessedly simple and entirely conventional resolution to … the supposed conflict between science and religion”. Gould calls it NOMA (Non-overlapping Magisteria) and proposes that science and religion are harmonious because they had distinct but complementary tasks: science helps us understand the physical structure of the universe, while religion deals with human values, morals, and meanings.

Gould somehow presents this as an original idea but it is obviously not for anyone interested as we can look back and read Einstein’s 1954 Essay “Science and religion,” in which he writes:

“It would not be difficult to come to an agreement as to what we understand by science. Science is the century-old endeavor to bring together by means of systematic thought the perceptible phenomena of this world into as thoroughgoing an association as possible. To put it boldly, it is the attempt at the posterior reconstruction of existence by the process of conceptualization. . . . Accordingly, a religious person is devout in the sense that he has no doubt of the significance and loftiness of those superpersonal objects and goals which neither require nor are capable of rational foundation. They exist with the same necessity and matter-of-factness as he himself. In this sense, religion is the age-old endeavor of mankind to become clearly and completely conscious of these values and goals and constantly to strengthen and extend their effect. If one conceives of religion and science according to these definitions then a conflict between them appears impossible. For science can only ascertain what is, but not what should be, and outside of its domain value judgments of all kinds remain necessary. Religion, on the other hand, deals only with evaluations of human thought and action: it cannot justifiably speak of facts and relationships between facts. According to this interpretation the well-known conflicts between religion and science in the past must all be ascribed to a misapprehension of the situation which has been described.

While we can conclude that Gould borrowed the idea from Einstein; however, in actual fact the subject had been discussed and published many years before Einstein.

Though religion may be that which determines the goal, it has, nevertheless, learned from science, in the broadest sense, what means will contribute to the attainment of the goals it has set up. But science can only be created by those who are thoroughly imbued with the aspiration toward truth and understanding. This source of feeling, however, springs from the sphere of religion. To this there also belongs the faith in the possibility that the regulations valid for the world of existence are rational, that is, comprehensible to reason. I cannot conceive of a genuine scientist without that profound faith. The situation may be expressed by an image: science without religion is lame, religion without science is blind.”

Clearly Einstein like Gould is acknowledging the need for religion in the life of a scientist and how it helps him/her in their search for the truth.

While we can conclude that Gould borrowed the idea from Einstein; however, in actual fact the subject had been discussed and published many years before Einstein.

The credit for this goes to Allama Sir Mohammad Iqbal whose 80th death anniversary was celebrated last week. In his lecture to the Aristotelian society in 1932, later published in the 1934 edition of Reconstruction of Religious Thought (page 155), he clearly states, “The truth is that the religion and the scientific processes, though involving different methods, are identical in their final aim. Both aim at reaching the most real. In the domain of science we try to understand its meaning in reference to the external behavior of reality; in the domain of religion we take it as representative of some kind of reality and try to discover its meaning in reference mainly to the inner nature of that Reality. The scientific and religious processes are in a sense parallel to each other.”

And here we can speculate on the possibility that Einstein actually got his idea after reading Iqbal, of course such a thought would not be liked by those who insist that Iqbal was not a thinker worth respecting but clearly the truth is clear as day to the unbiased reader.

Now it is quite possible that Iqbal may have got the idea from someone else but let me take this a bit further to show how Iqbal is in fact superior to both Einstein and Gould in this discussion.

On page 143 he writes, “No understanding of the Holly Book is possible until it is actually revealed to the believer just as it was revealed to the Prophet”. And on page 145 he writes, “The climax of religious life is the discovery of the ego as an individual deeper than his conceptually describable habitual self-hood. It is in contact with the Most Real that the ego discovers its uniqueness, its metaphysical status, and the possibility of improvement in that status.”

Jerry A. Coyne is a professor of Ecology and Evolution at The University of Chicago. He is the author of ‘Why Evolution is True’ and ‘Faith vs. Fact: Why Science and Religion are Incompatible.’ In an article he has criticized both Einstein and Gould for the above. As he explains, “they ensconced human goals and values firmly within the magisterium of religion, completely neglecting two millennia of secular morality beginning with the ancient Greeks. Religion is surely not the only source, or even a good source, of how to behave or find meaning in our lives. Einstein also errs by arguing that religion deals ‘only with evaluations of human thought and action,’ ignoring the palpable fact that many religions are also concerned with truth statements — statements about the existence of God, what kind of God he is and what he wants us to do, as well as about how we got here and where we go after we die. Indeed, in the third paragraph Einstein notes that religion does in fact involve truth statements, so his definition is clearly off.”

So clearly Coyne is unhappy that both Einstein and Gould are crediting religion as the source of human morality and good values and as religions contain truth statements they cannot exist in harmony with science. And here we need to look what Iqbal means by religion.

In his lecture Is Religion Possible, on page 149, Iqbal writes, “The modern world stands in need of biological renewal. And religion, which in its higher manifestations is neither dogma, nor priesthood, nor ritual, can alone ethically prepare the modern man for the burden of the great responsibility which the advancement of modern science necessarily involves.” On page 143 he writes, “No understanding of the Holly Book is possible until it is actually revealed to the believer just as it was revealed to the Prophet”. And on page 145 he writes, “The climax of religious life is the discovery of the ego as an individual deeper than his conceptually describable habitual self-hood. It is in contact with the Most Real that the ego discovers its uniqueness, its metaphysical status, and the possibility of improvement in that status.”

So clearly unlike Einstein and Gould, Iqbal does not accept that the religious statements of truth and scripture (the dogmas) are required for religion and nor that they or the priests are the source of morality and good values. Instead he tells us that these virtues come from discovering and developing these assets within ourselves through our individual religious experiences.

He also rejects the old religious methods as he writes on page 143, “Conservatism is as bad in religion as in any other department of human activity. It destroys the ego’s creative freedom and closes up the paths of fresh spiritual enterprises.” Something he also says in his poetry,

Finally, Iqbal believes that while science is absolutely essential for any progress in this world we live in only through religion (the religion as described above) can a human being reach the status where the God actually treats him as an equal,
“Khudi ko ker buland itna kay her tadbeer say pehlay
Khuday banday say khud poochay bata terri raza kya hai?”

(Elevate your Khudi to the lever that before taking any decision God himself asks the man:
Do you agree with this action?)

is a consultant dermatologist working in the United Kingdom. His interests include history, current affairs, poetry and philosophy. He can be reached on email: aamirb48@hotmail.com