Why does the world think that China is an aspiring world hegemon?

Why did US President Donald Trump’s National Security Strategy declare China to be an opponent and a challenger? Why is China, apart from its growing global influence and military power, still exhibiting strategic restraint when it comes to its historical rivals? Political analysts and strategists primarily from the West expect some backlash from China — since it remained a victim of Western great powers, whether it was US Secretary of State John Hay’s ‘Open Door Policy’ or ‘Opium Wars’.

John Mearsheimer, an American political scientist and an ardent advocate of Offensive Realism — presented his views about world politics in his book ‘The Tragedy of Great Power Politics’ (2001).

In April 2014, an updated version of this book was published that contained special attention towards China. Long before that, Mearsheimer wrote an article titled as ‘Why China’s Rise will not be Peaceful’ in September 2004. Mearsheimer argued that apart from many neighbours of China, eventually Russia will join America to contain the Chinese power. Mearsheimer also predicted that China would resort to confrontation instead of cooperation due to its huge economic and military power.

There is no doubt that China has to dominate the Asian continent — ostensibly, due to Mearsheimer’s notion of stopping the power of water. Otherwise a power and influence vacuum would be ultimately be filled by Japan, Russia or India — or some other extra-regional power — that is again a notion that was outlined by Mearsheimer about ‘regional hegemon’. It is evident that great power comes with great responsibility and China being a historic great power has a structural compulsion to maintain its great power status by all means possible.

Mearsheimer also emphasised on internal balancing for a regional hegemon. China being a regional hegemon has to balance internally by mobilising its latent power into demographic and military power and wealth into offensive military power. It is noticeable that China is treating its minorities in a bit brutal manner while the Communist Party of China is constantly injecting and indoctrinating ‘nationalism’ in an aggressive manner. Mearsheimer and other realists argue that nationalism plays a vital role for a great power to remain coherent internally. However, nationalism with Chinese characteristics is the unique entity the world has yet to see.

Mearsheimer wisely puts that “In the anarchic world of international politics, it is better to be Godzilla than Bambi.” There is no doubt that China is on its way to becoming a Godzilla — since soon it will be out of options. The American and Allied activities in the South China Sea and the latter’s Pivot to Asia Policy are clear signs of containing Chinese power and influence. However, Chinese Belt and Road Initiative (BRI) is a wise and a grand strategic plan to overcome the perceived and potential attempts to squeeze Chinese action space. 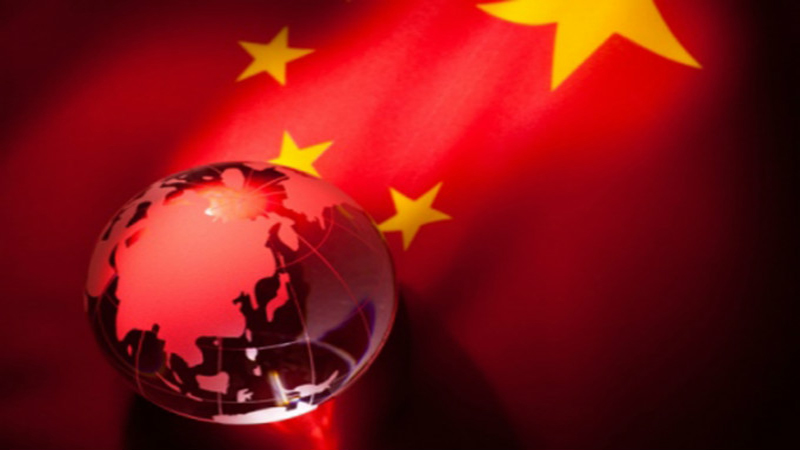 The annual Malabar Naval Exercise is a concentrated and calculated multi-nation effort — including America, Australia, Japan and India — to hurt the Chinese interests in the Pacific and Indian Oceans and precisely to contain Chinese trade through the sea. It is not a surprise that the nations participating in the annual exercise intend to follow Rear Admiral Alfred Thayer Mahan’s Naval Power Theory to dominate and control the sea lines of communication. Amazingly, Mearsheimer also emphasised the role of ‘stopping the power of water’ — in the context of power projection overseas. The Freedom of Navigation Operation (FONOP) is just a pretext to contain China and maintain deterrence.

Mearsheimer’s asserts that China will employ a Monroe Doctrine of its own — however, China’s BRI and its activities in the South China Sea are actually a blowback of American ‘Liberal Hegemony’. Chinese 21st Century Maritime Silk Road (MSR) is ostensibly a Chinese version of Monroe Doctrine. Nevertheless, China needs credible and powerful blue water navy for the protection of its offshore assets. If China is not able to develop ‘blue water navy’ then it might have to face the same consequences that the Japanese faced in 1853 when Commodore Matthew Percy of US Navy docked its ‘Black Ships’ at the naval port of Yokosuka.

One has to respect the strategic vision of John Mearsheimer and the rest of the American realist academic community. However, the aspiring great powers have certain measures to take to ensure their steady and unhindered rise. It is quite conceivable that America intends to obscure the rise of China. Nevertheless, China’s BRI is part and parcel of its grand strategy that is apparently out-manoeuvring America.

Mearsheimer is right in arguing that one just cannot be certain about the intentions of other states. British Member Parliament Sir John Acton averred that “Power corrupts and absolute power corrupts absolutely”. It is an established fact that power craves more power and domination is inherent and inbred great power behaviour. Ostensibly, Chinese intentions and actions along with its rhetoric clearly exhibit the benign nature of its economic expansion. Nevertheless, it stays uncertain that for how much longer will the dragon keeps its talons benevolent.