Fate of the Hazara: the community caged within its own city

While the rising Baloch nationalist insurgency has received some attention in the national and international media, less attention has been given to the sectarian strife that has plagued Baluchistan for more than a decade now 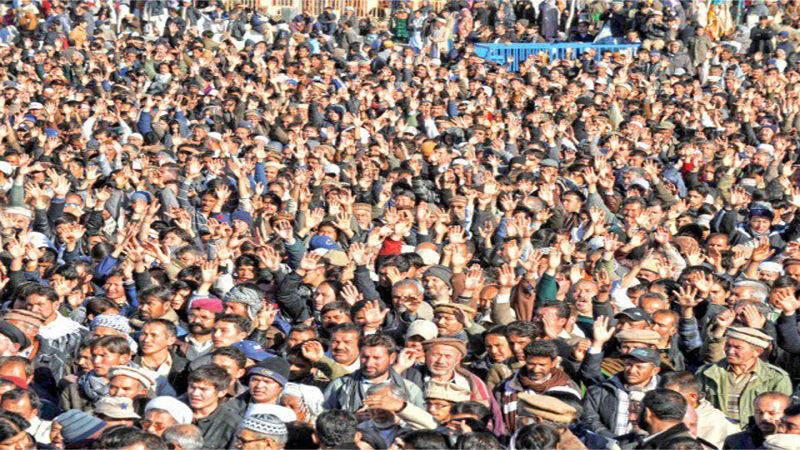 Quetta, the capital of Pakistan’s southwestern Baluchistan Province, is a nervous city. In the past, people in Quetta were accustomed to taking leisurely walks on Jinnah Road, the main boulevard of the district, gazing at shop windows and haggling over the goods on display. Young men would sit in small groups on the pavement in front of the shops and gossip over cups of green tea.

Today, people walk in a haste, buy things as quickly as possible, exchange brief greetings when they meet friends, and rush home before its dark. The air is thick with suspicion, conspiracy theories abound, and people look over their shoulder before sharing an opinion. The city is reeling from the combined fallout of a fifteen-year Baluch nationalist insurgency and an even longer campaign of sectarian killings. While the rising Baloch nationalist insurgency has received some attention in the national and international media, less attention has been given to the sectarian strife that has plagued Baluchistan for more than a decade now. The spate of sectarian killings has claimed hundreds of lives in Quetta; the majority of victims have been from the Hazaras, who are both an ethnic and a religious minority. Militants have killed several prominent Shia doctors, engineers, civil servants during the period 2003 to 2017.

Outright hostilities and militant activity in Baluchistan only really emerged in the 1990s, following the assumption of power in Afghanistan by the Taliban regime. The Taliban provided sanctuary to the most wanted Sunni militants from Lashkar-e-Jhangvi (LeJ) including such prominent leaders as Riaz Basra and Akram Lahori, who were accused of instigating and overseeing the massacre of hundreds of Hazara and Tajik civilians during the Taliban occupation of Mazar-e-Sharif in 1998, in their battle against the Northern Alliance. Once LeJ leader took refuge in Taliban-governed Afghanistan, a small minority of Baluch youth and veterans of the Afghan war traveled back to Afghanistan to receive military training and ideological support under the tutelage of Riaz Basra. Having undergone such training, Baluch militants like Dawood Badini, Usman Saifullah and Shafeeq Rind returned from Afghanistan to unleash a reign of terror on the Shi’a population in Baluchistan, particularly the Hazara community. The arrival of Afghan-trained Deobandi Pakistani militants to Baluchistan marked a tragic departure for the province, once known for its toleration of religious diversity. An era of sectarian strife began, which continues to claim lives and destabilise Baloch society.

Over the past 15 years, more than 1,500 Hazaras have been killed, and over 3,500 have been wounded in a series of over 190 attacks across the province. These attacks have included assassinations, suicide bombings and targeting of Hazara public gathering places such as hotels and sports clubs to maximize their fatalities. Most tragically, there are instances where Hazara passengers have been identified on public transport and taken off for mass executions.

The systemic killing of the Hazaras by individuals and groups has been acknowledged by the Pakistani state institutions. Lashkari Janghvi, Ahle Sunnat Wal Jamat and Jaish ul Islam have accepted the responsibility of these attacks. Yet, not a single culprit has been charged and brought to justice so far. In many cases, the individuals and groups responsible have enjoyed government and societal protection. Such terrorist activities against the Hazaras still continue uninterrupted, especially in Quetta city.

The federal and the provincial governments have mostly responded to this sectarian violence by mere condemnation and condolences, followed by little to no action. The media and civil society denounce these incidents as anti-Islamic, and government officials reiterate their resolve to take stern action against the culprits and bring them to justice. Once the hype subsides, these promises are forgotten until a next incident takes place. In the words of one local Hazara leader, the police in Quetta keep staging the same drama again and again. First, they afford safe passage to the real murderers while arresting innocent people in a public display of purportedly acting against the terrorists. Next, they release those who were arrested on the grounds that there is no solid evidence linking them to the attack. The complacency shown by police officials in the face of sectarian killings lends credence to such claims.

The Hazara community in Quetta lives in fear today. Hundreds of educated youth are packing their bags to emigrate to Western countries like Australia, in search of safety and a secure future. There is growing concern among leaders of all ethnic communities in Quetta that the ongoing sectarian strife in Balochistan will consume the province in an ever-widening conflict. Baluch nationalists fear that Pakistani intelligence agencies may be abetting a sectarian civil war in order to undermine the Baluch struggle for self-determination by portraying the Baluch as allies of the Taliban. Some leaders in the Hazara community worry that their efforts to establish firm roots in Quetta may have been too inward-looking, without the necessary emphasis on integrating with existing indigenous communities. In a similar vein, Hazara leaders are also seeking to dispel perceptions of their community as either proselytizing or particularly sectarian in their Shi’i identity.

The Hazara people’s attempts at forging broader alliances and expressing solidarity with the democratic struggle of Baluch and Pashtun nationalists is one example of recent measures taken by the community to address some of the grievances against them. The formation of the Hazara Democratic Party, which has been demonstrating against ongoing military operations in Baluchistan in solidarity with the Baluch nationalists, is a clear instance of such efforts. To help Baluchistan overcome the sectarianism that is the bitter legacy of these pressures, support is required from Pakistani state authorities, especially the powerful military and local civil society.

Of course, in the final analysis, an effective policy against sectarianism in Pakistan also requires a peaceful resolution of the ongoing war in Afghanistan. This crucial requirement for Baluch stability depends on international efforts as much as, if not more than, those of local communities in Baluchistan or the Pakistani government. Until the government and the international community commit themselves to reversing the damage of national Islamization policies and stabilizing Afghanistan, prospects for calming violence in Baluchistan remain dim, despite the best efforts of local communities seeking to mend the torn social fabric of their province.

The writer is a research assistant at LUMS, his areas of interest being social issues and politics. He can be reached at mumtazbaloch72@gmail.com