PTM’s demands and the Constitution

We all know that the constitution is a fundamental instrument for the smooth running of state machinery. Without it, we cannot even think of a state to exist or to survive for a long time. A constitution is a social contract between a state and society, which puts some rights and duties on both of them. Both the state and society hold themselves liable to it, to maintain respect for it at any cost.

But it is the foremost duty of the state to uphold it and to provide security to all those rights guaranteed by the constitution. Once the state fails to protect the constitutional rights or intentionally violates them, then the basic precept of its statehood comes under question.

If we take a view of the constitutional history of Pakistan, we can see that our past leadership, both army and civilian, have compromised the value of constitution and have treated it like a tissue paper. We are star witnesses of the three previous constitutions abrogated by the former Pakistani dictators to legalise their coup without any backlash from the august court of Pakistan despite the fact they are constitutionally responsible for custody of the worthy document.

Even they have played very well their negative role to the extent to declare the de facto coup as a de jure by pitching the ‘Doctrine of Necessity’ — introduced by Justice Munir, former chief justice of Pakistan. 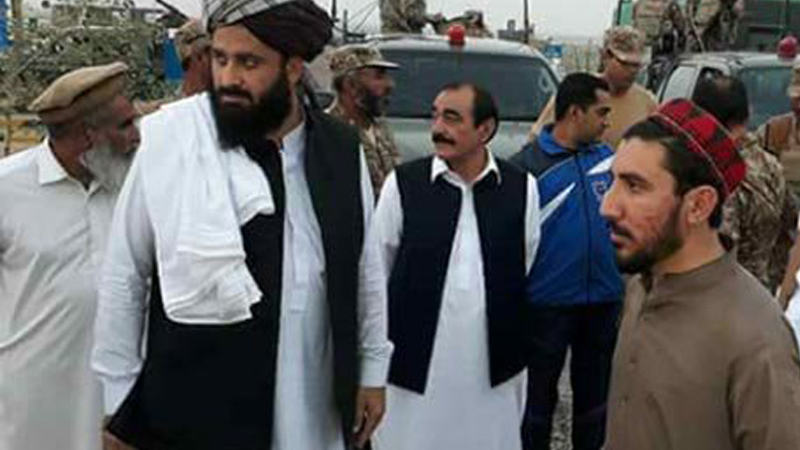 The chapter 1 of the 1973 Constitution of Pakistan from Article 8 to 28 assemblages the details of fundamental rights guaranteed by the constitution, and the state is constitutionally bound to provide security to them at any cost. But the state seems to have failed to protect them not only in the past but the present as well.

Have we ever thought why did we lose Bangladesh? No, never. Because we denied them the constitutional right: the right to rule, despite the fact that Sheikh Mujib was elected by the people.

Have we ever thought why Balochistan is considered a no-go area since the independence of Pakistan till date? No, never. Because we have denied them the access to utilise their constitutional rights.

Have we ever thought why the world community considers us state sponsors of terrorism? No, never. Because we dine and wine with those who are enemy of human rights not only in Afghanistan but Pakistan as well. They kill Shiite, Sunni, Christian and Ahmadis, violating their constitutional right: the right to life.

Historically, we have denied due rights to our co-citizens in East Pakistan and then in Balochistan and FATA, which has negatively impinged on the security and cohesion of our country. We committed blunders at critical junctures and compromised the security, integrity, economic growth and social well-being of our country. The Pakhtun Tahaffuz Movement (PTM), pioneered by young, educated and well networked Pakhtun youth has once more brought us at the critical juncture, at the crossroad. Before deliberating on how state and society should respond to it, let us square their demands with the Constitution of Pakistan and see whether they are extra to it or not.

The demands of the PTM are very few and simple. They ask for their area to be cleared of landmines; to produce in courts of law persons made forcibly missing; for a life of dignity; they ask not to be collectively punished for crimes not committed by them, and for the killer of Naqeebullah Mehsud to be brought to justice.

The PTM’s first demand is according to article 10, security of person: ‘No person shall be deprived of life or liberty, save in accordance with law’. The second and fourth demands are according to article 10 and 10 A, safeguard to arrest and detention and right to fair trial: ‘No person who is arrested shall be detained in custody without being informed of the grounds for such arrest’.

“For the determination of his civil rights and obligations or in any criminal charge against him a person shall be entitled to a fair trial and due process”.

Third demand is according to article 14; Inviolability of dignity of men.

‘The dignity of man and, subject to law, the privacy of the home, shall be inviolable’.

The demands of the PTM are very much constitutional; there is nothing negative about it. Then why are its protests dubbed as ‘engineered’ and its leader, Manzoor Pashteen, as ‘agent of RAW and NDS’, one is tempted to ask?

This negative propaganda against PTM and its leadership has less to do with its demands or the movement itself and a lot to do with the symmetry of power among stakeholders in this ill-fated country. One should not gloss over the fact that the moment is taking place at a time when the ex-prime minister is busy in another forceful moment for the sanctity of the vote, the supremacy of the Parliament, constitutionalism and balance between civil and military arms of the state.

The fundamental undercurrents of resentment towards the status quo in this country are something common to both the moments. To put simply, the movements by Pakhtun youth (PTM) and by Nawaz Sharif are two islands of the struggle for constitutionalism in the country.

Their narratives are different but ultimate objective is one and same. The third island of this struggle is ‘liberal academia’, and fourth is ‘the progressives’. Lack of coordination and cooperation among the islands is the strength of anti-democratic forces which tame the islands periodically. So what is feared is that the PTM as a movement may break the ice for the aggressive struggle for constitutionalism across Pakistan.

The power that be fears the resistance moment to have a transcendental effect on its overall influence over the system in other parts of the country as well. They are fearful of the domino effect of this movement. In fact, the power that be is fearful of the patriotic character of PTM rather than its probability (impossibility) of going against Pakistan. The PTM is as positive or progressive as is the 18th amendment, or Constitution of Pakistan or patriotic aspirations of any patriot in this country. PTM is begging respect for your constitution from you; nothing else, nothing more.

Accepting the demands of the PTM is to salute your constitution and acknowledge its supremacy rather that of Pakhtun youth.

The writer is a student of law at Islamia College University, Peshawar and can be reached atkhetran65@gmail.com. He tweets @ziaullahkh7199