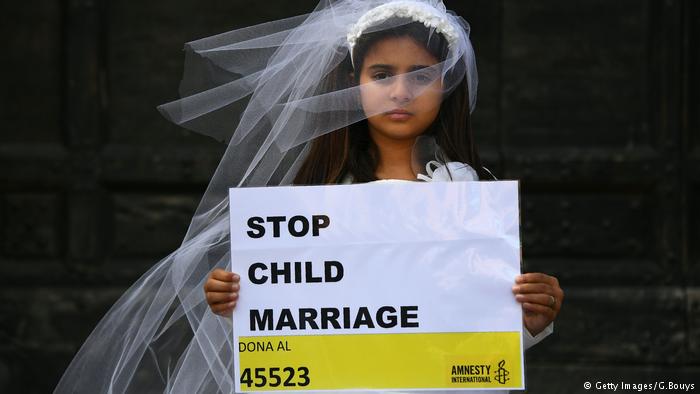 It’s hard to believe that child marriages take place at least in 50 countries all over the world even today. Pakistan is one such country where child marriage is rampant. Although child marriage can be an issue that we have read about before, it takes the images of children, with a sense of sad acceptance in their innocent eyes, to bring home the reality of what it really means to be robbed of childhood.

Unsurprisingly, child marriages are a routine in Pakistan’s rural areas where parents force children, particularly girls, to marry at an early age. Not only does it snatch the childhood pleasures of children but also bring forth serious health complications for young girls who become pregnant at an early age.

According to a report by Rutgers Pakistan, a development group at the forefronts of reducing child marriages, more than 77 percent of the marriages are settled under some kind of customary practices. Despite being against Muslim Family Laws, 34 percent marriages are settled before the age of 16. The situation in Umarkot and Sanghar districts of Sindh province is the worst where 70 percent of girls are married before the age of 15, ruining the precious joys of young girls.

Though it has been warned by the health professionals not to marry the girls at an early age, the tradition continues to prevail, putting the lives at greater risk of dying early. Due to loopholes and lack of official will for implementation has proved laws useless. The authorities and government of Pakistan are failed to give high attention to the issue and taking pragmatic measures to reduce the incidents of child marriages and teenage pregnancies in rural communities.

The consequences of underage marriages are so horrible that a child is made to give birth and then raise another child. Even she has no idea physically, emotionally or psychologically what it means to be a mother, for she is not ready actually.

On the other hand, poverty is considered one of the major causes of early marriages in rural areas where girls get no opportunities to contribute to the family’s income. It is one of the misconceptions of poor parents that the daughter seems like burden for them; so they try to marry them at an early age and get rid of the expenses. This leaves the poor parents with no other option but to solemnise underage marriages as solution to their socioeconomic problems but unknowingly invites serious health complications in their daughters’ lives.

Resultantly, rural communities practicing child marriages certainly need educational and economic opportunities to move away from traditional practices. Furthermore, there are various girls forced to get married and it needs attention of the government.

Thus, it is humbly suggested to the government of Pakistan to take hard actions to quell the underage marriages.

The writer is a student at Atta Shad Degree College, Turbat