China has apparently put the cat back in the bag to keep it away from the pigeons. For it has ‘come clean’; denying once and for all that it is building a military base inside this country’s borders. And while this will go some way to assuaging American and Indian fears of an expansionist agenda criss-crossing through Pakistan — it should have been left up to Islamabad to make the announcement.

We appreciate the Chinese statement but cannot help wonder if the Pakistan Foreign Office and other policy quarters are playing their due role. For it is for Islamabad to keep its people and the world informed and manage the complex regional and international relationships.

Citizens have in the past questioned the Pakistan government’s opaque policies. For instance, the US does not have an official military presence here, per se. But that does not necessarily mean that it has never had any; at least in terms of certain individuals who may or may not be channelled through diplomatic missions. The Raymond Davis affair was a moment where the pleading of state ignorance ultimately proved no defence before the court of public opinion.

That being said, however, China is not the US. It has, after all, many a time invited both Washington and New Delhi to hop aboard the CPEC train and see how the project is purely an economic-development one. And had the Indians and the Americans done so, this would have put to bed, particularly, ongoing suspicions about the ‘handing over’ of some $300 million to Pakistan for the construction of an airport at Gwadar — complete with a 12-kilometre landing strip — transforming the port into a militarised one.

China is always cautious when it comes to handling the delicate regional balance. Recent statements could also be viewed through the prism of China’s public reassurance to Islamabad that the Xi-Modi meeting scheduled for the end of this week will in no way dilute Sino-Pak friendship. Given how our military is sensitive about India and its role in the region — Pakistan’s friends are keen to keep Rawalpindi and Islamabad at peace.

The Chinese are a rising global power and have demonstrated that economic success is the key to gaining global influence. Furthermore China has also shown how border disputes and other bilateral fissures can be handled through diplomacy and conflict must not come in the way of trade gains. If anything Beijing has been asking Islamabad to engage with New Delhi and keep tensions to a minimum. Such an environment is also conducive to timely completion of various projects under CPEC and transforming South and Western Asia into a high economic growth zone. Keeping the economy first is a lesson that our state has yet to learn from its big brother in the hood. * 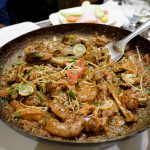 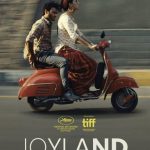