The Alchemist — of self-empowerment and spiritual truths

The book is about purusing your destinies 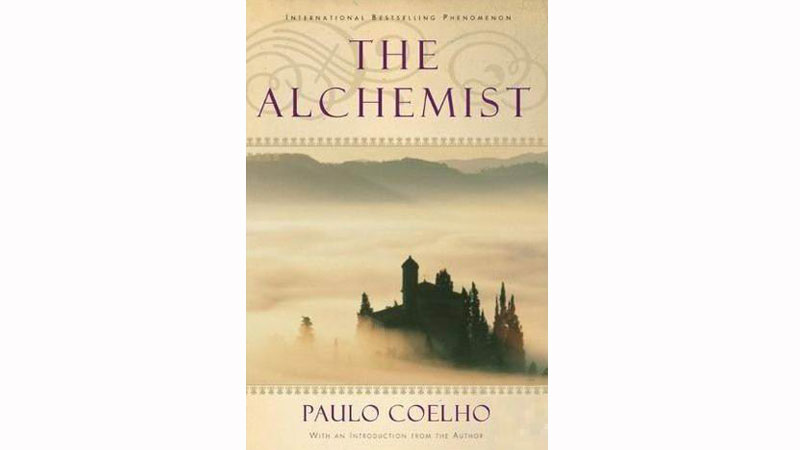 Brazilian writer Paulo Coelho, known for his bestseller, The Alchemist which is the most translated book in the world by a living author. He is one of the most celebrated authors in the world. He always wanted to be a writer, but his parents did not allow him. Despite facing a lot of hardships, he pursued his dream of being a writer and emerged as a great writer in the world. However, his books have been translated into 80 languages and have sold more than 170 countries. Most importantly, Paulo Coelho is such a great writer so that he engages the reader at the very beginning.

The book ‘The Alchemist’ is a wonderful metaphor for college students, graduates and schoolchildren and is a guide about any step toward achieving our goals we make. The book is a tale of about following your dreams rather than a fairy tale. The book, however, provides you the courage to look at your problems in a different way.

The story of the book is about a young shepherd from the south of Spain who has a dream about finding a treasure. Believing that finding this treasure is his destiny, he leaves the comfort of home and travels into the African desert to find it. Additionally, the story of the book is also inspirational, but most importantly, there are so many lessons that Coelho shared that might be relevant to anyone’s life.

The story of the book starts with an Andalusion shepherd named Santiago, who has the dream every time he sleeps under a sycamore tree that grows out of the ruins of a church. During the dream, a child tells him to seek treasure at the foot of the Egyptian pyramids. Santiago consults a gypsy woman to interpret the dream and she tells him to go to Egypt where he can find his treasure.

At the very beginning of his journey, he meets an old king named Melchizedek who tells Santaigo to sell his sheep so as to travel to Egypt. When Santiago starts his journey, a thief robs him. As a result, he works with a local crystal merchant where he becomes a rich man within just a year. He sells his earnings and pursues his dream of finding the treasure.

Along the way, he meets an Englishman who has come in search for an Alchemist and continues to travel with him. When they reach an oasis, Santiago meets and falls in love with an Arabian girl named Fatima, whom he asks to marry him. Accordingly, she promises to do so only after he completes his journey.

I always thought that novel were a waste of time because one never learns any real life lessons from them, but this book fproved me wrong

The boy then encounters a wise Alchemist who also teaches him to realise his true self. Finally, they risk a journey through the territory of warring tribes where the boy is forced to demonstrate his oneness by turning himself into a simoom before he is allowed to proceed.

While Santiago starts digging for the treasure at the foot of Egyptian pyramids, two men accost him and beat him. When Santiago speaks to them about his vision dream, one of the men tries to illustrate the worthlessness of dreams by telling Santiago about his own dream. It concerns a treasure burred an abandoned church in Spain where a sycamore tree grows. The church is the same one in which Santiago has his original dream and he finally understands where his treasure is. He returns to Spain where he finds his treasure and decides to leave for Fatima who waits for him.

In fact, the bool truly left a big impression on me. I always thought that novel were a waste of time because one never learns any real life lessons from them, but this book fproved me wrong.

The idea that all individuals should live in the single pursuit of their individual dreams is the primary theme of The Alchemsit. In the Alchmesit, dreams represent not only an outlet into one’s inner desires, but also a form of communication with the world of soul.

Surely, if anyone ever wants something to read when life is not treating him right, I would highly recommend this book. The book is totally about pursuing your destinies. Hence, the book deserves to be read more than once as the characters can not be judged with reading it once.Thus, The Alchemist weaves self-empowering and spiritual truths into an attractive story, complete with an enchanting ending.

The writer is a student in Atta Shad Degree college Turbat