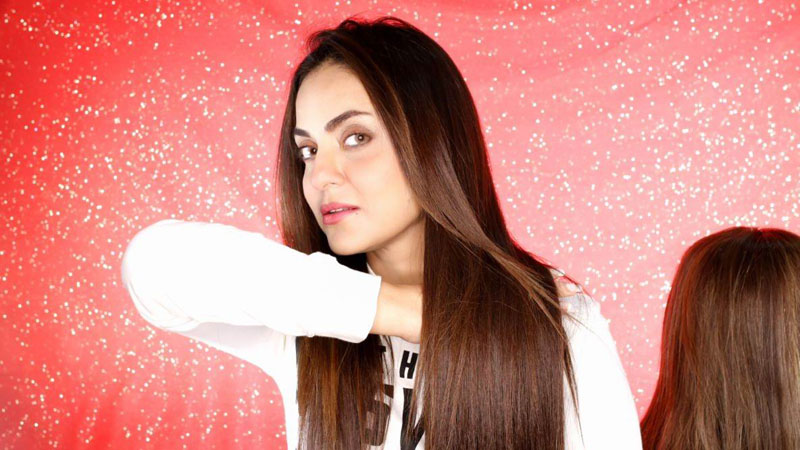 Nadia Khan is known for being the bold heroine of Haseena Moin from ‘Pal do Pal’ and for the careless yet lovable young woman from ‘Bandhan’ and ‘Manzilein’. Although having a lot of other drama serials to her name such as ‘Des Pardes’, ‘Laag’, ‘Mahrukh’, ‘Bharam’ and ‘Koi Tou Ho’, Nadia Khan is most admired for her morning shows spreading over a time period of more than a decade and incorporating healthy activities, relatable topics, and meaningful interviews of celebrities from all over the world.

This host of an unparalleled calibre has made a comeback in the drama industry after about sixteen years, but with roles entirely different from the ones she left in our memories in the late 90s. Nadia Khan’s modern dramas are more realistic and socially relevant, based on hard-hitting social issues that continue to haunt the world, such as rape, cyber-crime, forced marriages and domestic violence. Regarding her modern roles, Nadia has this to say:

I can relate more to the characters of Kinza and Tabassum. ‘Bandhan’ and ‘Pal do Pal’ were dramas I could relate to according to the times back then and my age in those days. I was sixteen when I did ‘Pal do Pal’ and eighteen when I did ‘Bandhan’. Being very young, I could relate to those plays and if my current roles had given been given to me back in those days, I couldn’t have related to them. Understanding my modern roles requires experiences of love, marriage, children, pain and heartbreaks. In the 90s, I could never understand these aspects of life and was more inclined towards my studies. After all the experiences that I have gained now, I can realise how the characters of Kinza and Tabassum work.

Nadia says what excites an actor is to go for new ventures and new ideas. “Even in the 90s, I would sometimes think why no one offers me a serious role”

Your third drama after your comeback is being directed by Faheem Burney with whom you also did ‘Manzilein’. How does it feel working with him after so many years?

Working with Faheem Burney has been an amazing experience. He is a jolly person and a very good friend as well. Working with him is like spending a holiday. One does not want the schedule to come to an end. Faheem makes the job so easy that one does not feel tired at all. There is this magic in his work that no artist gets exhausted. From the three dramas which I have done after my comeback, I have enjoyed the most while working with Faheem. It was great fun filming it. Visually, it’s a completely different drama and uses multiple locations including countries other than Pakistan. Among all the dramas which run these days, it is going to be one of its kind with rich visuals and a lot of variety. Faheem has done a lot of hardwork on it.

People knew a very jolly and happy-go-lucky Nadia in the dramas of the 90s. Why do we see this drastic shift in the characters you perform now?

What excites an actor is to go for new ventures and new ideas. Even in the 90s, I would sometimes think why no one offers me a serious role. When I came back, it was with a conviction that I have to do intense, serious dramas and not comedy. With the harsh realities one faces in life, one starts getting inclined more towards seriousness and finds ways for catharsis. I had wanted to cry a lot in these new projects of mine. So, this decision was a deliberate one.

‘Bandhan’ ended on a compromising, happy family note. Does the modern Nadia still adhere to that ending? If ‘Bandhan’ were offered to you now, would you accept it?

Yes, I would still accept ‘Bandhan’. A lot of families end up happy and even today, a lot of people can relate to the drama: the initial problems of matrimonial life, being hasty in judging others and not giving space to the partner to show himself or herself completely, not making efforts and not making comprises, all the themes it incorporated. In the modern times, one encounters the same problems in a relationship. Bandhan was an honour back then and is an honour now. I would do it, but with the same team. 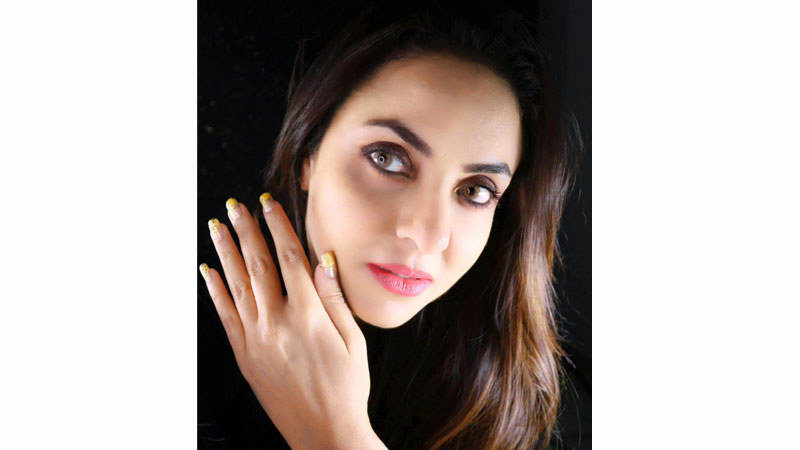 How far do you think your vlog can serve the followers belonging to middle and lower classes?

If you follow my vlog regularly, you may find out that it caters to everyone. I have believed that knowledge is never class restricted. Had it been so, we would see disclaimers on Google like ‘You cannot see this ad or content if you don’t earn the required amount of money’ or ‘You cannot watch a property ad if your salary is less than 10 lacs’. ‘Outstyle’ is about information. People do not buy every other thing but at least they should know right from wrong and be able to take part in conversations. I like to advise people regarding what to buy and what suits them. Instead of buying cheap products, it is better to buy one expensive but genuine item. I do not even force them to do so. My focus is on providing information to them regarding what is available and what is genuine. I am a make-up product critic and I like to teach about it.

We can’t get enough of Nadia, be it a jolly morning show host or a vulnerable victim of domestic violence from ‘Zun Mureed’. Will all the surprises you gave us, the last thing your fans want is seeing you vanish again. How long do you intend to work in the drama industry?

I myself do not wish to disappear. May God keep me healthy enough to keep working. I wish to perform multiple tasks but wisely chosen, good stuff. I accept less and reject more, for I am very concerned about the brand ‘Nadia Khan’ which is a result of the efforts of experts, fans and Nadia Khan herself. I cannot harm it in any way. I am one of those artists who are deeply affected by what their fans think of them. Their opinion means a lot to me. I have never exhibited an indifferent attitude towards my fans and I believe in convincing each other. Whether the fans do that or I do it myself, things must be sorted out after discussion. If they criticise something, I will try to improve it and if they appreciate it, I will be motivated to work more. It all depends on my fans and audience. If they wish to see me, I will keep working but in accordance with my beliefs regarding what is in the limits and what is excessive.

Nadia is known for surprising her fans every now and then. From acting to hosting and vlogging, Nadia has been setting new trends. What else has she got in store for us?

Yes, I do have a lot of surprises but of course, if I open up about them, they will not remain surprises anymore. And unfortunately, whenever I have revealed my plans before time, they have gone into the air. But there are a lot of interesting ventures to come and most of them are related to Outstyle. My team is working on them under my supervision. 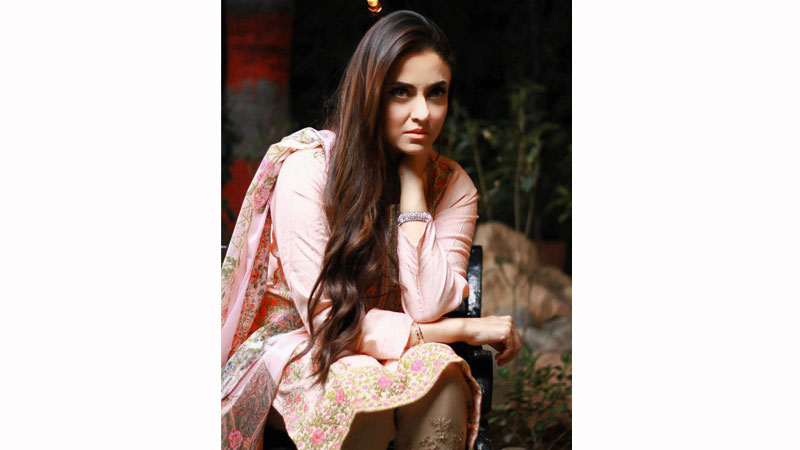 Vlogging is a bold step in our country, especially for females in a patriarchal society. Do you think that sharing your life with others through vlogs can take you a step closer towards cyber-bullying?

Fortunately, I have never witnessed cyber-bullying although it is very common here. The maximum negative remark I would receive is ‘I don’t like you, Nadia!’ which I believe anyone has a right to express. My fans are beautiful, decent and I am proud of them. If they take out their time to watch my efforts and criticise something, I accept it whole-heartedly because it is due to my fans that I believe I am successful. This criticism, however, has never been excessive enough to be labelled as ‘bullying’.

Nadia Khan is an intelligent woman, by interviewing whom one learns. She believes in mental growth with age. From her answers, one concludes that Nadia Khan has been deeply influenced by every small life incident and has learnt from it. Therefore, one finds her approach very realistic and practical. For the very reason, Nadia’s modern dramatic works are realistic to an extent of bitterness and successful in the sense that they have chiselled out for the audience, a wise and mature shade of Nadia’s personality, unlike the one whose image they had kept for so many years in their minds.