Symbols of Sindh’s heritage are awaiting attention of the authorities 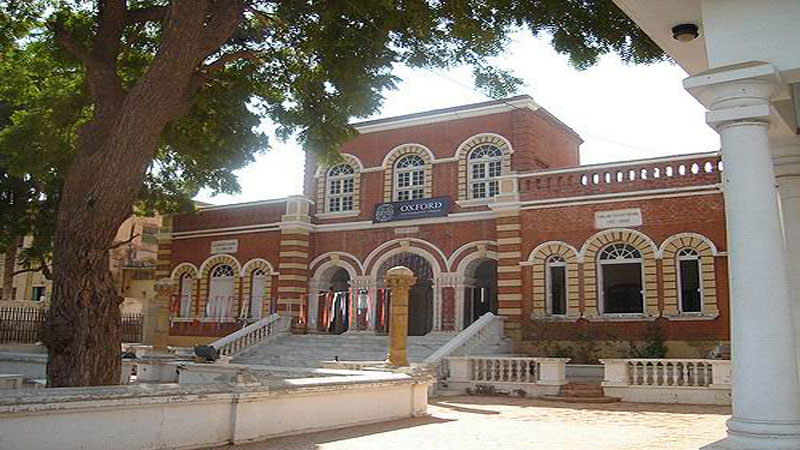 Hyderabad is considered to be an important city as far as the history of Sindh is concerned. Well known for its cool breeze, the city is cultural hub of Sindh, consisting of many important departments related to culture, language and Sindhi literature.

It was the capital of Sindh in Kalhora and Talpur dynasties. In 1843, when the British attacked the province, they announced its annexation after capturing the Pakka Qila in Hyderabad. Though there are many historical buildings in this city but the Besant Hall of Theosophical Society standing opposite to Radio Pakistan and Hyderabad press club holds an important place. This colonial building was built on 26th February 1901. Famous theosophist, social reformer, human rights activist and politician of sub-continent Annie Besant inaugurated it and the hall got its name after her.

At that time Dr. Annie Besant was president of world Theosophical Society having its headquarters at Banaras on shores of River Ganges. Here she established a college that is today’s Banaras University. She was of opinion that sub-continent was to play a vital role in the merger of eastern and western civilizations. She always said that human beings are made up of two things, matter and spirit, west is only running after material development, while east has tide itself only with spirituality, and according to her sub-continent was to play an important role for the unity, welfare and peace of world. For that reason she started conducting different programs at the theosophical society. Their slogan was:‘No religion is greater than truth’.

During 1990s when ethnic riots started in Karachi and Hyderabad, the library and reading hall were put on fire by the mob and group of a certain political party tried to capture the building but it was somehow retained by the theosophical society

In 1900, Dr. Besant had correspondence with Garrison Officer in Command (GOC) of Hyderabad Colonel Alcot, who himself was a member of the theosophical society, he allotted the space of Besant Hall, Hyderabad free of cost and tax free. The hall is divided into two portions one is called the main hall and other the bride room (guestroom). Main Hall was built in 1901, consisting a vacuous lecture hall, a library and a reading hall, while the bride room was established in 1931.

There is a stage at back of main hall where members used to have speech and debate competitions. Mohammad Ibrahim Joyo, the grand old man of Sindh, delivered his first speech at this stage when he was a teenager, only social activities were allowed in the hall, while members kept themselves away from political activities. Before the partition, mainly Hindu community of Sindh was caretaker of the hall, but as they left Sindh in 1947 and onwards, Muslims started taking care of it.

At present, renowned author of Sindh Mohammad Ibrahim Joyo is president of Theosophical Society, Sindh, and prior to him Mrs. Shams Abbasi was the president.

Up to 2007, the hall was in custody of Theosophical trust, having eight members in managing committee, Mohammad Ibrahim Joyo (president), Prof. SM Saeed (Secretary General), Mohammad Zafar Querishi, Prof. Ijaz Querishi, Mohammad Rehan, Barkat Chouhan and Dadi Leela T. Heerachandani, while Advocate Kamlash Kumar is appointed by the trust as caretaker of the hall. In 2007, when Kanvar Naveed was mayor of Hyderabad, the members had meetings with him to officially declare Besant Hall as a heritage building, after this a team of Sindh Building Control Authority (SBCA) had a complete survey of the building and it was declared as national heritage and now along with trust it is responsibility of Sindh Culture Department to look after the building.

Correspondence with the culture department was done in 2010 and it was decided to give Sindh endorsement fund for maintenance of the Besant Hall, but nothing has been done even after five years. However, the theosophical society raises funds by renting the hall to Oxford University Press for six months for book fairs.

If we look at the recent past, during 1990s when ethnic riots started in Karachi and Hyderabad, the library and reading hall were put on fire by the mob and group of a certain political party tried to capture the building but it was somehow retained by the theosophical society. In 1997, a merchant named Dualat Ram Mehthani alloted seven lac rupees for maintenance of the hall. Kuasur Bhatti was assigned for the maintenance work and the hall was given grilled boundary wall.

There was a time when this hall was always filled with authors, intellectuals and social reformists, who spent their time pondering about change and well-being of people. But today Besant Hall remains empty. Pieces of Sindh’s heritage are awaiting attention of the authorities.