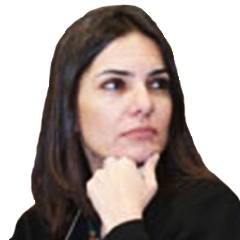 The gun and gavel

Victimhood creates an enabling environment for messiahs and saviours, who have been failures themselves, but remain unaccountable as our history confirms

Pakistan suffers from a victim complex that is comparable only to the one mastered by Israel. It’s a perverse form of privilege to be a victim — because despite the suffering — victimhood can serve political benefit.

Every so often, just as the democratic gestational cycle is coming to fruition, Pakistan gets stricken by a kind of moral morning sickness that foretells the birth of looming civilian power. This must be immediately aborted by a saviour, even if he is a quack. We must accept that this appropriation is for the good of everyone concerned and that choice — especially by Pakistan’s poor, starving and ignorant — is not always desirable. In cases where we are left holding the baby, we must provide wet nurses in place of the unworthy mother. In between, there are the temporary caretakers, who can claim all the joys of parenthood without the pains of labour or responsibility.

Just how the jihadists’ narratives of martyrdom require a rational and appeasers to confirm that Islam is in crisis, the political saviours of the Republic require an enabling environment. The onset of widespread corruption, immoral behaviour, out of control sexuality, unpatriotic dissent, the discovery of a tribe of secularists and atheists, and the dysfunction of airlines, railways, electricity, water and climate change dawns on the chosen one in the form of an epiphany. We are convinced that we have hit rock bottom this time, even if it doesn’t feel like it. The infantilising narrative has literally been ‘Yes! We need — in fact, deserve ‘the danda’ in order to be unified, disciplined and made faithful’ and the responding liberator has usually been the one who held the gun.

This narrative of victimhood sustains a culture of morass along with an impression of futility, even if there is no particular crisis taking place. In the absence of a material or political calamity like bankruptcy and default, famine, a coup, or a war; a crisis has to be manufactured on the basis of abstractions. An accompanying narrative of injustices, perceived or systemic, prepares the ground for the coming of yet another messiah. This time he has come with a gavel in hand.

Under the military and judicial saviour complexes, the Pakistani citizenry has become locked in a form of bonded labour. It can also be compared to an abusive marriage, where the powerless is chained to the benefactor and at the same time, is indebted for this privilege. The master-slave complex depends on obedience in exchange for paternalistic protection through tough love. This is not enough.

To seal the deal, people must be convinced that choice and agency are bad options and corruption — not class difference — is the cause of horrific inequality. State elites disparage other ‘elites’ with no irony. Facts are not needed when myths and conspiracies are more easily digestible. By definition, promises of better alternatives do not have to be upheld, just imagined. It is best to be under protective custody than risk the exercise of free will — at least until a pure, sadiq and ameen alternative is born or surrogated.

The two sources blamed for our collective victimhood are external and internal ‘threats’. Enemies are constructed through scripts with no end and no scenario of what would happen if the threat materialised. Imagined fears work better in a mystery narrative. Historically, our military saviours have rescued us from the external enemies of infidels, Hindus, secularists, blasphemers, feminists, and the libidinous. The enemy within comprise of sub-nationalists, civil society, NGOs, liberals, dissenters, satirists, ‘the media’, and human rights activists. Anyone critical of — not the existence — but the military’s interventions in politics, its historical defeats and failures, its land acquisition projects, and non-military capitalist enterprises, is a traitor. A loyal battered spouse would say the black eye was from falling down.

The victims are the good, honest, misunderstood, poverty-stricken, colonised Muslim men. Blame is accompanied by demerit. Democracy as an idea is not to be blamed, the fault lies with the current elected rulers. Instrumentalising Islam for power and politics cannot be questioned but centuries later, ignorant practitioners still need to learn how to follow it in its authentic premodern style innovated for modernity.

Pakistani state officials are no different in moral fibre or intellectual potential from other citizens but their sense of privilege trips egos that inflate beyond the scope of institutional duty.  Joining the military establishment on the list of privileged exemption is not just the judiciary but even its mortal officers, words and decisions. Fallibility is a limited commodity for civilians and impunity is reserved exclusively for the unelected. This exceptionalism is critical otherwise there’s no one left to rescue us.

The victim and saviour narratives are conjoined. Martyrdom and Shahdat are revered by Islamists and liberals alike, and both feel constantly injured. A culture of complaint about politicians, political parties, others’ privileges, beliefs, and policies is passive politics. It’s different from lobbying and exercising the vote. Feelings of victimhood resulting from critique, cartoons, or corruption are different from being an actual victim of discrimination, violence and exclusion.

Victimhood creates an enabling environment for messiahs and saviours, who have been failures themselves, but remain unaccountable as our history confirms. Political change however, can only be brought about by and through the process of representative democratic politics, no matter how flawed the available choices.

The writer is author of Faith and Feminism in Pakistan; Religious Agency or Secular Autonomy?