Contempt of court and the question of jurisdiction

The Supreme Court should respect the jurisdictions outlined by the constitution

Democracy is the hallmark of Pakistan’s political system that guarantees freedom of expression, press and publication, as well as many visible and invisible obstacles on the path to free denunciation and the conscious and unconscious changes between Truth and Publication. It includes a Depreciation Demonstration sword cut in effective news communication. Information people have always faced significant threats to news of court proceedings that may be part of what they want to convey through their publication or information channels. Many beautiful stories would escape the opinion of the curious reader or listener because the journalist could not muster the courage to denounce it for fear of the contempt of the law.

The media not only have the right to know what is happening in the portals of justice, but also have the duty to inform the procedures that were carried out in the courts. It is a constitutional obligation imposed on the media by the Constitution of Pakistan and the contemporary development of media throughout the world. The media played an important role in the development of society and suffered losses by transmitting to people what happens for or against them in various offices or courts and what rights have been violated by an authority and what is the remedy for it. In recent times, the media in Pakistan has become a powerful institution and it is through the media that the basic rights of people are not only protected, but that people are informed about their rights. However, in reference to several provisions of contempt of court, journalists and writers feel threatened.

The Ordinance mentioned above was repealed by the 2003 ordinance, but the order expired and ended because it could not be ratified by Parliament. Another order promulgated in 2004 has also expired. The legislature enacted the Court Disrespect Act of 2012, which was also nullified by the Supreme Court. The repeal of a law or the annulment of a law cannot restore the law previously repealed, so according to Article 264 of the Constitution of the Islamic Republic of Pakistan there is no law on contempt in the field. The Supreme Court can not resuscitate a revoked law that died a natural death about 8 years ago because it does not have the power to do so. The ordinance is enacted under article 89 of the Constitution and also by the President of Pakistan in emergency situations when legislation is not in session and cannot be convened immediately.

These specific parameters were established by the constitution for enactment and ordinance and their retention period was 4 months unless the parliament ratifies it. The Supreme Court does not have such powers under article 89. Article 184(3) does not allow the Supreme Court to legislate, therefore, the Supreme Court’s judgment is in curium and does not constitute a precedent under article 189. Article 204 of the Constitution still exists, but can only be applied through the subsequent promulgation of contempt of the law that provides for the challenge of the contempt proceedings and the sanction for contempt of court. We can refer to section 204 of the Constitution only to educate our masses about contempt of court and what they cannot say or write about a Superior Court ruling. 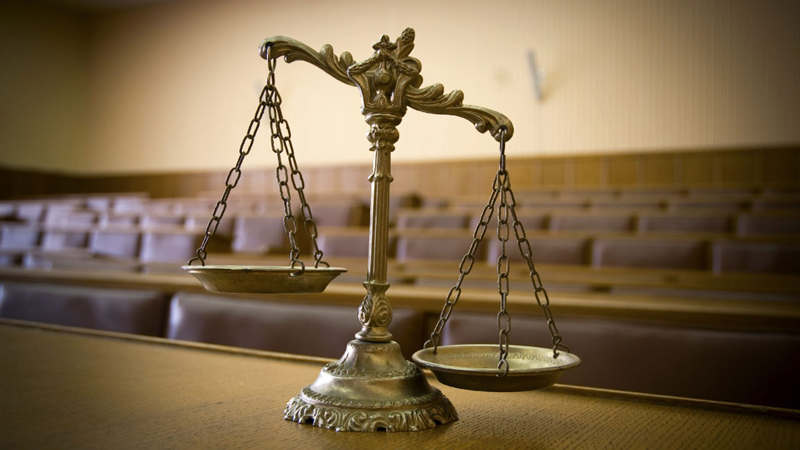 The print and electronic media have the right to give a fair comment on the matter in the Superior Court and the critical evaluation of any sentence can never be dismissed by a court, because any lawyer, student and educator has the inherent right to give his point of view. The judgments of the superior courts once signed and announced at a public hearing, become public property and a document accessible to all and which is the subject of the most severe criticism with respect to criticism. So much that it can be torn and thrown away.

The dissuasion of the law on contempt of court is no longer available to judges in the above circumstances. A judge after pronouncing the sentence cannot even refer to it unless it is examined and also because the sentence suffers from legal errors or apparent facts in the record or trial is ridiculous and shocking or there are faults floating on the surface. When it comes to persona non grata or corum non-judice, the subtleties of the academics must prevail over the ‘forensic brutes’ trapped in the cells with air conditioning. Then the question arises as to whether the case in a court can be informed or debated? The legal answer is no, but since the Supreme Court itself chose not to adhere to the code of judicial conduct and opted to bring to the court journalists from the print and electronic media, they agitated the jurisprudential custom that any sub-judice was debated before the superior courts. In addition, such a restriction is usual and conventional, but not legal. It follows that the case submitted to the Court may be subject to in-depth discussion to the extent that, in my humble opinion in today’s society oriented to the media, a media judgment is also allowed.

The question is whether a judge can be criticised for the fundamental right to expression, the answer is no, but when a judge presents himself publicly through the media with a desire and wishes to show his muscles to society to appreciate the body that He has built a waiver of his right to protection at this point and can be criticised for his physical, mental capacity, popularity, lack of knowledge or adequacy. The code of conduct was not respected by a Superior Court judge, and members of his family can be criticised for having lived beyond their means and for improper conduct on the part of the judge’s family or the president of the court. False statements of the Court’s decision or the Court’s procedures are also not identifiable under the protection of the laws of the Court and for the reasons mentioned above, such as when the duty of representation rests with a non-legal entity. A party harmed by the judgment of the Court has the right to appeal and the party injured by a judgment of the Supreme Court has no right to appeal for the decision to be final and operative, hence the sentence pronounced by the Supreme Court.

On its part, the Supreme Court that takes direct note of matters recognised by lower courts or administrative bodies has always been criticised by jurists. In a recent ruling, when the Supreme Court of Pakistan entered the jurisdiction of another constitutional entity, namely the Electoral Commission of Pakistan, the trial had a sufficiently bad name on the Supreme Court and was criticised by almost every country. Imran Khan received a notice of contempt of court in the same case, but as mentioned above, when the Supreme Court itself was placed at the mercy of the spectators, the judges cannot take refuge behind the law of Contempt or when they are commented on by members of the public who are not used to calling them ‘My Lord’.

The penalty for contempt of court does not currently exist; hence, the Supreme Court in the case of Prime Minister Gillani resurrected a 2003 desacato order and punished him. Mr Gillani, I am sorry to say, was more than willing to suffer the punishment for contempt of court. The current Parliament must assume the responsibility of promulgating a new law on contempt of court and it is recommended that any new law corresponds to the needs of today’s society oriented to the media and that people want to know more and more through the media. Judges should also be subject to the contempt law if they endanger all legal jurisprudence and also the intellectual dishonesty that can be specifically defined in the new law with a specific provision for its sanction.