We must put an end to the politics of hatred and understand that in order to create more jobs, we should work on economic growth

In April 1952, out of the 91 Federal government secretaries, joint and deputy secretaries, none belonged to Balochistan; 40 were Punjabis, 33 Mohajirs, 5 Bengalis, 3 Pukhtuns, and 1 Sindhi.

MQM’s narrative that Mohajirs were short-changed in Pakistan is based on half-truths that only blames the quota system and forgets that Mohajirs once enjoyed the hegemony and special treatment. The exaggerated claims and flawed narrative arose primarily from the decline in their power after the middle class, both in Bengal and Sindh, started reasserting its rights.

However, Mohajirs clashed with both Bengalis and Sindhis, laying exclusive claims to Pakistan movement and forgetting that Sindh Assembly was the first in undivided India to vote for Pakistan and the Muslim League was founded in Dacca in 1906.

The 1952 statistics were cited to highlight how the power was concentrated in Punjabi-Mohajir bureaucracy in pre-1971 Pakistan. The Mohajirs in Sindh need to think objectively what were the reasons they were the target of the hatred of Bengalis? Why did they fail to assimilate into the other ethnic (local) groups after the partition and how the transition of power evolved?

If that was not the case, Bengalis would not have complained about being a colony. Even if we accept every grievance of Mohajirs in Sindh is legitimate, we need to think why did they clash with the locals in the former East Pakistan? There was no language bill in East Bengal and no quota system either? Some people talk about merit and miss the entire point of creation of a federal state with autonomous units. If merit was the only issue, there was no need for the British to leave and a new country formed as a federation of units with Muslim majority populations. The idea was to transfer power to the locals, not to make colonies in Bengal, Sindh, Balochistan, etc.

MQM was a major partner in both federal and provincial governments during Musharraf’s time but it did absolutely nothing to end the quota system. It was just a slogan to exploit Mohajir sentiments

The tragedy was that the ICS/CSP class together with military generals (Punjabi — Mohajir establishment) thought they owned the country instead of behaving as public servants. They ruled the country from 1951 to 1971. They did nothing to end the feudal system because Pakistan was created with the support and help of the feudals, who feared leftist Congress leaders like Nehru who abolished feudal system in India. On the contrary, many of Muslim League leaders were feudal lords or nawabs.

In the context of history, it was primarily the military and civil establishment that sowed the seeds of the breakup of Pakistan immediately after its birth. Three Bengali prime ministers (Nazimuddin, Bogra, Suharwardy) were dismissed by this combine in addition to chief ministers in Bengal, Sindh and the NWFP. Few analysts have paid serious attention to this and remain narrowly focused on 1970 elections and 1971 events. Even the popular narrative on 1971 events is full of half-truths and does not deal with the massive genocide for which generals and generals alone were responsible.

Today, it is the Punjabi establishment that holds sway over the military and civil bureaucracy.

Per 2014 Government records, among Federal Government Employees in Grade 1-22, 67.3 percent belong to Punjab (including ISB) 14.5 percent to KP, 9.7 percent to Sindh (out of which urban is only 3.9 percent), AJ&K 4 percent, Balochistan 2.6 percent, Others 1.9 percent. Clearly Sindh (both rural and urban) with 23% of population is gravely under-represented in the federal bureaucracy. 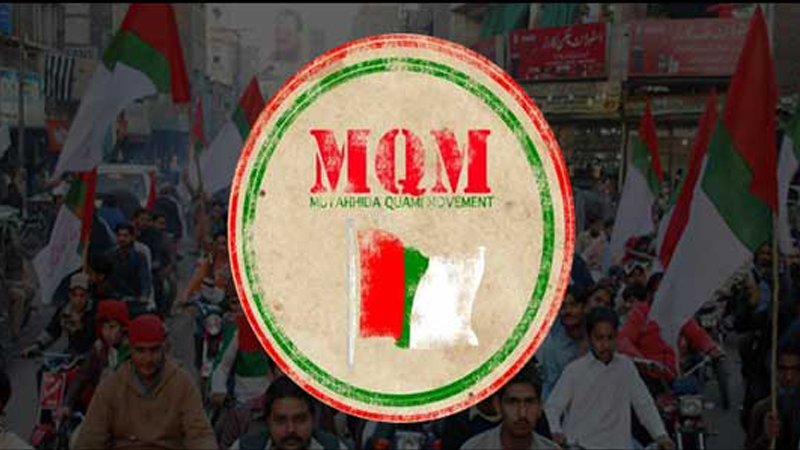 MQM by continuously following policies that have contributed to the widening gulf between Sindhis and Mohajirs has served the interests of this Punjab dominated establishment. It is not surprising given, as Gen Aslam Beg admitted in a TV interview (15th April 2015 to GEO TV), that the MQM was created by Zia’s military establishment in the aftermath of the MRD movement in 1983. The use of the “Mohajir card” by the establishment preceded the creation of the MQM. During the anti-Ayub movement in 1968-69, Hyderabad’s commissioner Masroor Hasan Khan helped form the Mohajir-Punjabi-Pakhtun Mahaz (front) to divide the anti-Ayub movement through a government official Ishtiaq Azhar. This front was led by a local politician Nawab Muzzaffer Husain and gave birth to Sindhi-Mohajir conflict many years before the 1972 language bill controversy or the introduction of the quota system. It may be recalled that Mir Rasool Baksh Talpur, a Sindhi, was Hyderabad’s prominent politician during that period and was leading the anti-Ayub movement in the area. Talpur had previously supported Fatima Jinnah in 1964 elections and subsequently joined the Peoples Party after its formation in November 1967.

MQM was a major partner in both the federal and provincial governments during Musharraf’s time but did absolutely nothing to end the quota system. It was just a slogan to exploit Mohajir sentiment. Yet, people like Farooq Sattar shed crocodile tears. While it is true that the state committed excesses against the MQM when it got out of control, few analysts have discussed the reign of terror that the MQM had then unleashed on Karachi and which ultimately provoked the backlash from the state agencies in the 1990s.

The reality is huge number of Karachi’s Mohajirs supported a psychopath like Altaf Husain who terrorised Karachi so much that many businesses and capital moved to Punjab and Dubai. Youth were given guns and generations were destroyed. This, more than anything, harmed the economic growth of Karachi and deprived its youth of job opportunities. Furthermore, government jobs are only so many. For Karachi’s big population, it is rather a minor source of job creation. The real issue is economic growth. Still, according to the World Bank, Karachi’s GDP/capita is nearly 44 percent higher than the national level.

I have discussed GDP growth and per capita income by region in my book, Balkanisation and Political Economy of Pakistan. Regional disparities have grown as many parts of southern Punjab and rural Sindh along the Indus River (the main source of irrigation) as well as Balochistan have not kept up with the national growth rates.

According to a report produced jointly by the World Bank Asian Development Bank and the Government of Pakistan, from 1972-73 to 2004-05, the economy grew on an order of 2.7 times (the slowest among provinces) in Balochistan, 3.6 times in the Northwest Frontier Province (NWFP) and Sindh and 4.0 times in Punjab. Rural Sindh has over 50 percent of the province’s population but just 30 percent of the economy. The growth divergence has widened historic income differences and per capita income levels in the Khyber Pukhtunkhwa, rural Sindh, and Balochistan, all of which are significantly (20 percent or more) below the national average. The incidence of poverty in rural Sindh (mostly Sindhi speaking) is twice that of urban Sindh — dominated by non-Sindhi speaking population groups — according to the Asian Development Bank. Sharp income disparities and ethnic divisions exacerbated by narrow political interests represent a combustible combination

The data would refute Mohajirs are the biggest losers in terms of economic advancement or jobs. The real issue is sense of loss of political power and resultant frustration. Second reason for exaggerated perception of ‘injustice’ is creation of a false narrative due to years of poisonous propaganda by the MQM to do the politics of hatred and blackmailing successive impotent civilian governments who instead of exposing their game, due to their own weaknesses and vulnerabilities, tried to compromise with the MQM. The heavy handed military operations gave the MQM more political oxygen.

Since our urban (Punjabi and Mohajir) dominated media is generally not in the habit of doing research and doing systematic studies, it continues to link socioeconomic issues to 1972-1977. It does not probe into how the spending on education dropped precipitously during Zia’s rule. Why did Zia or Musharraf not end the urban and rural quota system that Bhutto had promised to end in 1982.

The quota system was introduced during Yahya Khan’s regime. What progress took place during Zia’s rule? Steel Mills, KDA Scheme 33, Abbasi Shaheed Hospital, Agha Khan Hospital, Sindh Medical College, low-cost flats in Federal B Area, regularisation of kachi abadis and giving ownership rights to the poor, are some of the projects initiated during Bhutto’s period. Did the military rulers or their puppets like Governor Ishrat ul Abad initiate even one such project during 1977-2008? Even Lyari expressway project was initiated by the World Bank/Asian Development Bank.

Fact is after 1977, Karachi was virtually ruled by the agencies for most part of its history and politically dominated by the MQM. But it took a lot of courage to talk against the army establishment and MQM’s chief — Altaf Hussain — so the media focused on just the PPP without telling the whole truth. Even today, DG Rangers has more power than the Chief Minister. However nobody ever had or has the guts to question a Corp Commander or DG Rangers. Consequently, people get a clouded and distorted view of the entire political spectrum because policies and actions of the principal and most powerful political actor remain hidden from the public eye.

Some analysts say other political parties should try to understand Karachi. As a Karachiite with political experience in the trenches, my view is that it is the Mohajirs in Karachi who need to understand that they tried the politics of division for decades but it did not work. They should think about building bridges with Sindhis, Punjabis, Pukhtuns, and Baloch and accept that it will be in best interest of everyone that they work with mainstream political forces. Politics of isolation from the rest of the ethnic groups, whether in East Bengal or in the present day Pakistan, did not serve their political and economic interests.

We must put an end to the politics of hatred and division. We must understand that the most important and effective way to create more jobs is faster economic growth. That would come from peace and improving infrastructure to attract more private sector investment in Karachi.

The writer is an analyst and an independent consultant, he can be reached at yousufnazar@nazarcapital.com