A trip to the historical Shahi Hammam 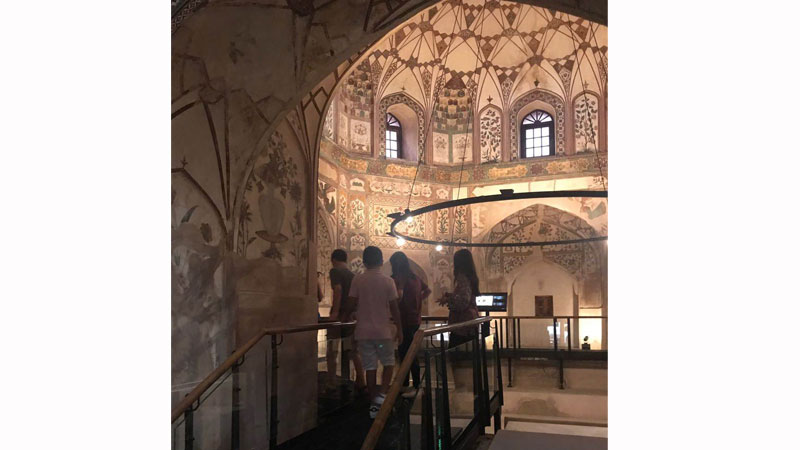 We woke up at 7 AM one day before Eid, during our holiday. I thought is this what being an adult is like. No school and still suffering. I was not looking forward to the trip. A day before, the adults had us all excited, “Wake up real early, okay. We are going to a special place in walled city called Shahi Hammam.” So we were awake and they weren’t. Since the day had started out with disappointments, I expected the rest of the day to be the same.

We first saw Delhi Gate — one of the twelve gates of old Lahore. Apparently, it is facing Delhi, hence the name. In Delhi, there is another gate called Lahori Gate and it is faces Lahore.

Immediately, as we got there, we did the most important thing known to our generation — we took a selfie.

Even though the Shahi Hammam is quiet old, it was discovered as a royal hammam in 2013

We went in and saw a small fraction of the walled city, commonly known as the Old Lahore. There were a lot of old buildings with incredible architecture.

We went inside the museum. I saw different types of baths the Shahi Hammam had. All of them were for ‘commoners’. Apart from these baths for common people there were 21 rooms for heated baths, cooled baths and those reserved for women. The largest fresco painting in the world is also found at the Shahi Hammam. 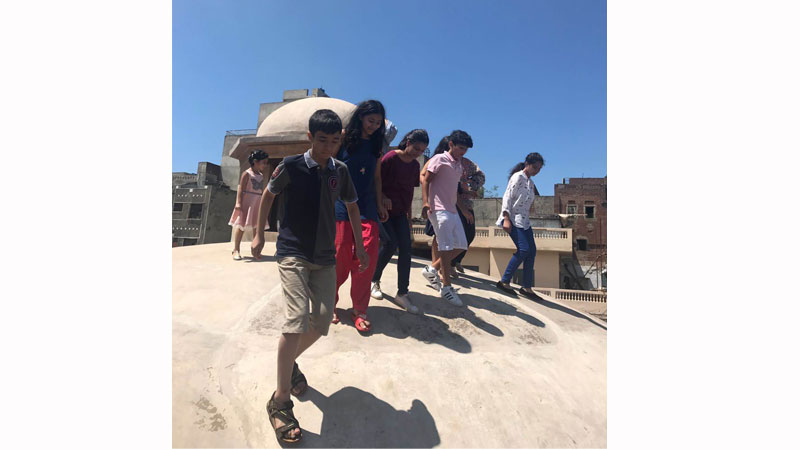 We found something to really interest us — a stone stairway that was obviously as old as the rest of the place. We climbed up and saw that it was the only area that was not preserved, at all.

While having breakfast, we noticed that the plates and glasses were made of metal and painted gold as if for royal guests. It made me feel like I was a royal princess. The food, however, made me very well aware that I was in Lahore. There were scrumptious qulcha, halwa poori and much more.

We were then joined by a tour guide who was trained by the walled city authorities. He explained to us that Shahi Hammam was made in 1635 CE during the reign of emperor Shah Jahan. It was built by chief physician to the Mughal Court, Ilam-ud-din Ansari, who was widely known as Wazir Khan.

Even though it is so old, it was discovered as a royal hammam in 2013. To make us understand better, the tourist guide said, we were going to watch a documentary. 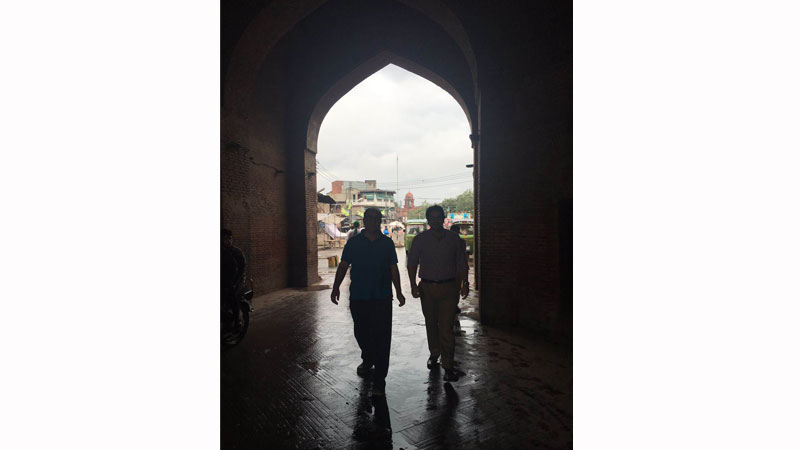 The documentary was made by authorities who were in charge of the renovation. The difference they showed us was massive. They had dug about 5 feet underground and gotten rid of advertisements that were blocking monuments. They had fixed multiple issues that the area had like the sewage etc. There seemed to be a lot of work that had been done. The work paid off as they got the UNESCO award for cultural conservation.

The whole trip was a great experience. However, the end took the spotlight as it began to rain. Not too heavy but just a gentle drizzle. The rain complemented the beauty of Old Lahore. The natural arrangement completed the scene along with beautiful architecture.