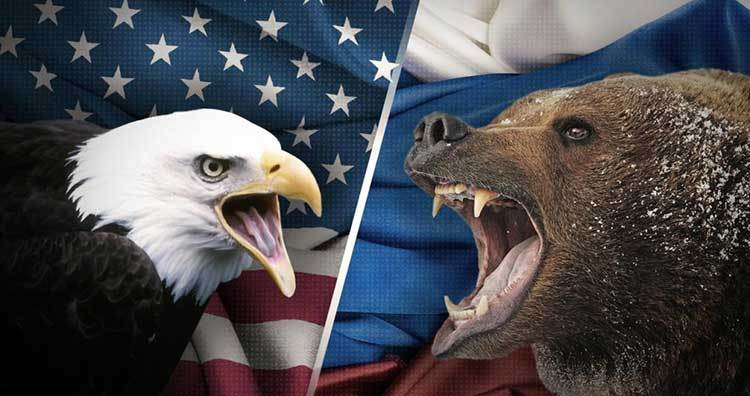 Russia is economically and militarily weaker than the United States. Its military budget of 61.2 billion dollars is no match to America’s mammoth defence spending of more than 602.8 billion dollars. Russia has only one aircraft carrier and on the other hand US has eleven deployed across the world. Washington has more than 700 overseas military installations while Russia has only few military facilities abroad, the most prominent among them are in the Syria’s coastal towns of Tartus and Latakia. Despite this massive power imbalance between the two, Russia intervened in Syria militarily, and the United States and its allies were unable to stop them. Why? The answer is simple and it is Russian nuclear stockpiles, which provide it with the free hand to operate wherever its interests are at stake.

Russian intervention in Syria has achieved its objective of saving and bolstering the Assad regime. It has also displayed its military muscle to the world. Moscow had invaded South Ossetia and Abkhazia in 2008. Though it won the conflict but the short war with Georgian forces exposed many weaknesses of the Russian military. Vladimir Putin initiated reforms in order to modernize the armed forces. The reforms brought significant results and the Russian annexation of Crimea raised eyebrows in the Western capitals about the capabilities of Russian forces as Western intelligence agencies failed to predict the Kremlin plan.

Russia tested many new weapons in Syria and the performance of its military hardware was acknowledged across the globe. As a result, many countries which were traditionally dependent on Western military complexes started to buy Russian weapons. Pakistan is also eyeing sophisticated Russian weapons like S400 air-defence system, T90 main battle tanks, and state of the art Su 35s fighter jets.

The threat of full scale war is imminent. British Prime Minister Theresa May has shown willingness to support United States in its military offensive in Syria.

President Trump has vowed to teach a lesson to Bashar al-Assad for his alleged chemical attack in Douma. The situation is complicated as Kremlin said it will retaliate if Russian troops are attacked. Observers believe that Russian advisors are deployed across the regime controlled areas. If United States takes military action than most probably it will be in the form of Tomahawks missile strikes from its warships, which are present in the Persian Gulf and Mediterranean Sea. Headquarter of United States Central Command (CENTCOM) is located in Qatar which is not very far from Syria either. Russia has few options to stop them. One is to use S400 to demolish the incoming missile in the air and the other is to attack US warships. But analysts believe that the capability of S400 air defence systems is in doubt as the tomahawks are technologically very sophisticated.

The threat of full scale war is imminent. British Prime Minister Theresa May has shown willingness to support United States in its military offensive in Syria. Furthermore, British parliament also backed May’s warning to the Syrian regime. British government has also ordered the moving of submarines towards Syria.

Hawkish elements in the incumbent US administration are advising Trump to go tough on Assad regime. France says that it has proof of Syrian chemical attack in Douma. On the other hand, Moscow rejected the news of any chemical attack and believes that United States and its allies were paving way for the intervention on the pretext of false poison attack.

The Syrian situation is like Cuban missile crisis in the slow motion. In 1962, Soviet leader Nikita Khrushchev had ordered the deployment of nuclear missiles in Cuba in response to American ballistic missiles stationed in Turkey and Italy. After the discovery of the missiles by U2 spy plane, American administration, then led by President John Fitzgerald Kennedy, ordered the blockade of the Cuban island. The world was on the brink of a nuclear war. But after the long period of intense negotiations the crisis was averted.

The relations between Russia and the United States are at an all time low right now. In the recent days, West has toughened its approach towards Russia. United States and its allies have cut off all diplomatic relations with the Kremlin. In the absence of diplomatic relations, the Syrian crisis cannot be normalised. There is growing need for both Russia and the US to resolve all key disputes through dialogue. China can play decisive role in easing the tensions. But the initiation of trade war by the Trump administration has severed Washington’s ties with Beijing as well. The escalation of the war will neither be limited nor conventional but it will be a full scale world war if breaks out.