Opp walks out on govt attempt to promulgate amnesty ordinance 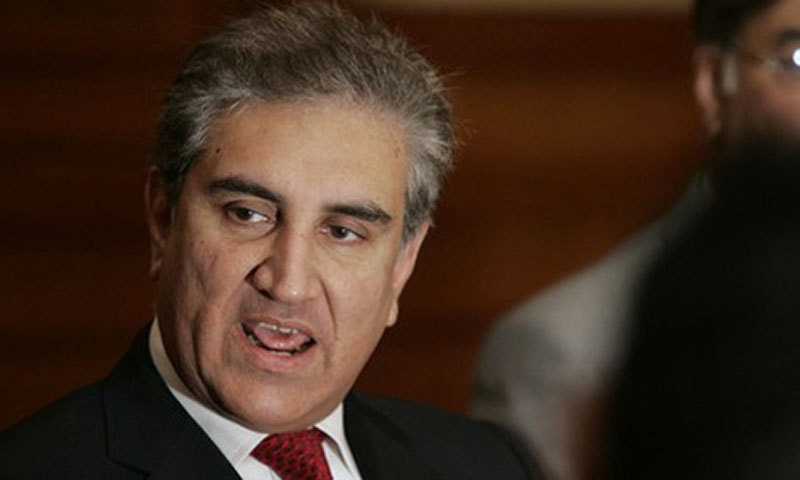 ISLAMABAD: Opposition in the lower house of the Parliament on Thursday staged a walkout, while rejecting the recently announced one-time amnesty scheme to whiten undeclared assets inside the country and abroad.

Opposition parties staged a walkout when government tabled the bill regarding amnesty scheme. While terming the promulgation of tax-related ordinances as an insult to the Parliament, the opposition members questioned the timing of promulgation.

Pakistan Tehreek-i-Insaf (PTI) parliamentary leader Shah Mehmood Qureshi said that the ruling party talked about sanctity of the vote and claimed to struggle for the supremacy of Parliament, but at the same time it carried out legislation through ordinances.

He said that the amnesty scheme was a slap on the face of taxpayers and even the State Bank and the Federal Board of Revenue were not ready to take its ownership.

Parliamentary leader of the Pakistan People’s Party (PPP) Syed Naveed Qamar also criticised the government’s move and questioned the timing for the announcement of tax amnesty.

“Government has announced the amnesty scheme and reduction in income tax merely two weeks before the presentation of the federal budget,” he said, adding, “In my view, the government is not confident that it will succeed in getting the next budget passed from the Assembly.”

Qamar said the effect of a cut in the income tax rates would be borne by the next government because it would become effective form July 1. Besides, he said, it was likely that no one would avail the amnesty scheme out of fear that after formation of the next government, the policy could be reversed.

Sahibzada Tariqullah of the Jamaat-i-Islami (JI) criticised that the ordinances had been promulgated just a few hours before the Parliament were scheduled to meet.

Opposition lawmakers refused to listen to the explanation of Prime Minister’s Adviser on Finance Dr. Miftah Ismail, who tried to defend the initiative as the opposition staged the walk out.

Dr. Ismail declared that the tax amnesty scheme was a historic package for the middle-class segment of the society because reduction in tax rates was an unprecedented relief to the salaried class. He informed that the income of salaried class would be increased up to 15 percent due to this policy.

However, he clarified that the tax amnesty scheme was not for those involved in criminal activities or corruption.

Dr Ismail could not complete his speech because a PTI member pointed out lack of quorum, while he was still standing. The sitting was adjourned till Friday’s morning subsequently.

Besides, Education and Professional Training minister Balighur Rehman laid The Institute of Science and Technology Bahawalpur Bill 2018 before the house.

During the proceedings on Thursday, MQM-P MNA Khawaja Sohail Mansoor created a scene when he announced that he would return his Sitara-i-Imtiaz, conferred on him for being the nation’s highest tax payer, in protest against the tax amnesty scheme.

Mansoor said he had received the country’s highest civil award for his honesty in financial affairs. “A person like me should not venture into business or pay taxes in Pakistan,” he said.

Highlighting how the rupee had weakened against the dollar, the MQM-P leader said the nation’s fate was in the hands of a select few people. “The value of dollar is increasing yet we are offering amnesty schemes. This will adversely affect the common man. I will return my Sitara-i-Imtiaz tomorrow,” he said. PML-N’s Safdar Awan tried to convince him to drop the idea, saying, “I want to inform you that the amnesty scheme is beneficial for the country.” He suggested the lawmaker become part of the committee on the amnesty scheme.

The tax amnesty scheme is a three-month window extended by Prime Minister Shahid Khaqan Abbasi for wealthy Pakistanis to whiten concealed assets at nominal tax rates from two to five per cent. The premier recently announced a five-point ‘radical economic reforms package’ to expand the national tax base from 1.2 million to 30 million individuals.