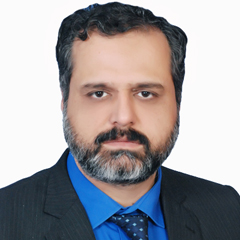 No community in this country has suffered as much as the people of FATA, yet their stories are underreported

Da sanga azadi da, ‘what kind of freedom is this!’ is the electrifying melody, driving participants into passion akin to frenzy at the gatherings of the Pashtun Tahafuz Movement (PTM). Its rhymes give expression to their miseries: destroyed houses, dead, disappeared and frustrated loved ones, uprooted communities, and unwelcomed neighborhoods. Demanding the state’s attention, Manzoor Ahmad Pashteen, the young leader of PTM, wants’ the ruling elite to pay heed to the suffering of the Federally Administered Tribal Areas (FATA). His impassioned stories of lives being lost to landmines and families of missing persons languishing in pain have brought out one clear message: militants and the military are alike in destroying terrorism affected Pashtun communities.

The understanding is largely not misplaced.

Internationally recognised disputed Kashmir border with India and an internationally recognised border with Afghanistan which remains unrecognised by the latter are Pakistan’s inextricable dilemmas. The origin of Pakistan and Afghanistan’s protracted conflict is contested. Some attribute constrained Pak-Afghan relations to Afghanistan’s irredentist claim on Pakistan Pashtun populated territories; others, to Pakistan’s pursuit of the ‘strategic depth’ against India. Afghanistan’s alleged intervention in Pakistan’s Pashtun and Baloch areas beyond the Durand Line mushroomed hostility and mistrust. It’s a known fact that Afghanistan was the country that opposed Pakistan’s entry to the United Nations (UN) membership. To counter Afghanistan’s hostility, Pakistan has always preferred a friendly government in Kabul. This policy on Pakistan’s part has often termed as the Strategic Depth. The pursuit of this policy has left a heavy toll on Pakistan’s stability and security. For Afghanistan, the decades-long war has turned the country into a graveyard with internal societal, ideological and cultural fragmentations destroying any semblance of a modern democratic state. Even after a long cycle of war and chaos, unfortunately, the dynamics of Pak-Afghan relations remain unchanged. Afghanistan still considers Pashtun areas under Pakistan’s control as an integral part of its territory as the county has refused to accept Durand Line as the international border between the two countries. As Julian Schofield argues that “Afghanistan will find no escape from this insurgency until the international community compels it to address its complicity in provoking Pakistani intervention.”

PTM should realise that the politicisation of their objectives in the interest-driven politics of Pakistan and Afghanistan will only compromise their legal and legitimate demands and struggle. The movement should make sure that Pashtuns are seen as Pakistanis, marching for their right to live in peace

The destruction and the plight of the people of FATA are the worst but largely underreported stories of this conflict. People of FATA became significantly irrelevant to world humanity once global imperialist powers found strategic exigencies of the region during the Cold War and after the September 9/11 attacks in the United States. Taliban in Afghanistan had their own political agenda while the Taliban in Pakistan had their own interests. However, both organisations have used Pashtun territories and its people to terrorise the whole region, particularly the people of FATA. The situation has been made worse by the US drone strikes which continue to kill innocent people of FATA.

PTM adds Pakistan’s security forces to this list of oppressors for using excessive force as part of its counter-terrorism operations in FATA. the movement’s leaders rightly argue that securing peace, life, and dignity of the residents of FATA like other Pakistanis in living in Punjab or other regions of the country, is the responsibility of the Pakistani state. Moreover, the ongoing Pashtun movement attributes the unending miseries of FATA to the state’s failure and criminal indifference to fulfill its entrusted responsibility which has been more concerned with achieving regional security and political interests at the expense of its citizens.

Minimal presence in the federal government structure and no representation in the provincial legislature has further aggravated the alienation of these people. The leaders of the PTM have only demanded their constitutional and fundamental human rights. They want to live in peace in their territories and want the true implementation of the country’s constitution. While the state’s narrative has already termed the movement anti-national and the one which serves Pakistan’s foes interests, it is undeniable that the objective of the movement is only tied to restoring peace in the country’s tribal areas. The questioning of allegiance of citizens seeking protection and equal status in accordance with Pakistan’s constitution is a dangerous absurdity and an unaffordable liability to the Pakistani federation.

The leader of the PTM, Manzoor Ahmad Pashteen, is a young man, born and bred in the throes of war in Waziristan. He tells stories of death, pain, sufferings, and humiliation. Stories that are yet to be told; stories that are filled with pain and suffering of citizens of Pakistan. The frustrated and angry Pashtun youths from the war affected Pashtun areas have every right to hold the state and its security apparatus responsible for not fulfilling their responsibility of ensuring their security.

On the other hand, the leader of the PTM should realise that the politicisation of their objectives in an interest-driven politics of Pakistan and Afghanistan will only compromise their legal and legitimate demands and struggle. The movement should make sure that Pashtuns are seen as Pakistanis, marching for their right to live in peace.

The fundamental demand of the PTM is to ensure that the people of FATA region reclaim their basic human rights. The ongoing struggle is nonviolent and should be seen as one. Pashtun Long March is a struggle for life, respect, and equality. Mainstreaming FATA is an indispensable step, no more a choice, towards this objective. The people of FATA have sacrificed a lot for the protection of Pakistan. It is time that Pakistan’ ruling elite stands with them, to protect their lives and dignity, for they also deserve citizenship rights which are enjoyed by every other Pakistani.

The writer is a PhD in International Relations and teaches at Edwardes College Peshawar. Email: zahoor.zahoors@gmail.com