Has the World Economic Forum solved the prevalent economic problems? Can it solve the crises and problems in other continents?

Founder and chairman of World Economic Forum, Klaus Schwab, once said that Davos is the place where the global elites with opposing ideas meet for a global cooperation. Is this really the case? His claims should be analyzed with global economic rate.

Generating literature on economy has always been on world’s agenda because all human activity is rooted in materialistic pursuits, such as production, trade, consumption, etc.

One of the basic purposes of economy as a discipline is to develop better skills and knowledge to predict economic stability and ensure financial security. Amelioration and improvement of global economy would not be possible without a systematic approach to it. Thus the establishment of WEF and Davos Summit apparently serves as the best platform for systematic and pragmatic approach to global economy. Davos also reflects the prevalent perception about economy. 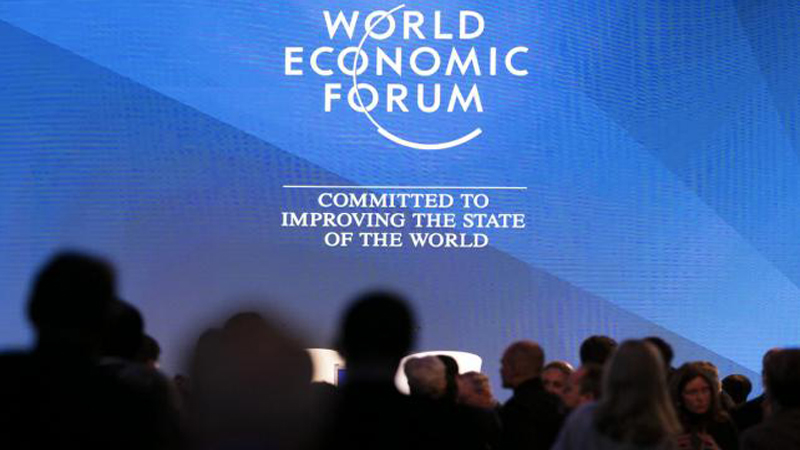 It is a point where all global giants and elites convene, and all economic literature is presented on the table. The reasons for the establishment of the economic forum were conceived by countless economists, politicians, presidents, authors, businessmen, professors, individuals with precious economic, politic and diplomatic knowledge who were able to control the dynamics of the global politics since 1971.

In his speech at WEF, Indian Prime Minister Narendra Modi, said that institutions which were created after the WW-II have failed to serve humanity’s economic interests. And the failure of institutions has resulted in economics divisions.

But has the World Economic Forum solved these problems? Can it solve the crises and problems in other continents?

Or, with a clear statement, can it build powerful economic pathways for countries bogged down by enduring conflicts. Or can it come up with an ideal proposal for Greece.

On the other hand, exchange wars are among seriously discussed subjects in economy.

It was told that after 2011, international economy began to recover, but afterwards countries that do not believe in this slogan, remained confined to their own setup and presented the exchange war with fixed exchange rate regime.

Therefore, if a country devaluates its money, money from other country will gain value and would take a major blow against the economic crisis.

We have watched them to make calls to bring in stricter budget rules to European leaders and pulling the debt crisis of Greece to a ‘manageable’ level… Delegates including George Soros and USA Treasury Secretary Timothy Geithner defended that the fact that Europe can’t solve debt crisis is threatening economic growth and financial markets as well as makes it difficult for the region to receive further support.

Thus we can now see that WEF is not enough to solve crises. Today, the question is: what point should be discussed in economic platforms?

Perhaps, the first step would be to start building a new structure in a very incrementalist manner and erect a new order without completely destroying capitalism.

The writer is a freelance columnist from Turkey and studying Economics from Dokuz Eylul University, Turkey, will start her PhD in Economics from Germany, she is writing her book on Economics