The Neelum–Jhelum Hydropower Plant is a run-of-the-river hydroelectric power project, with a cost of 404.32 billion rupees (US$ 4.03 billion). The project (under construction since 2008) is designed to divert water from the Neelum River to a power station on the Jhelum River. The power station is located in Azad Kashmir, 22 km south of Muzaffarabad and will have an installed capacity of 968 Mega-Watts. Construction on the project began in 2008, a Chinese consortium was awarded the construction contract in July 2007. The first generator is scheduled to be commissioned in July 2017 and the entire project is expected to be completed and start its operations in December 2017. 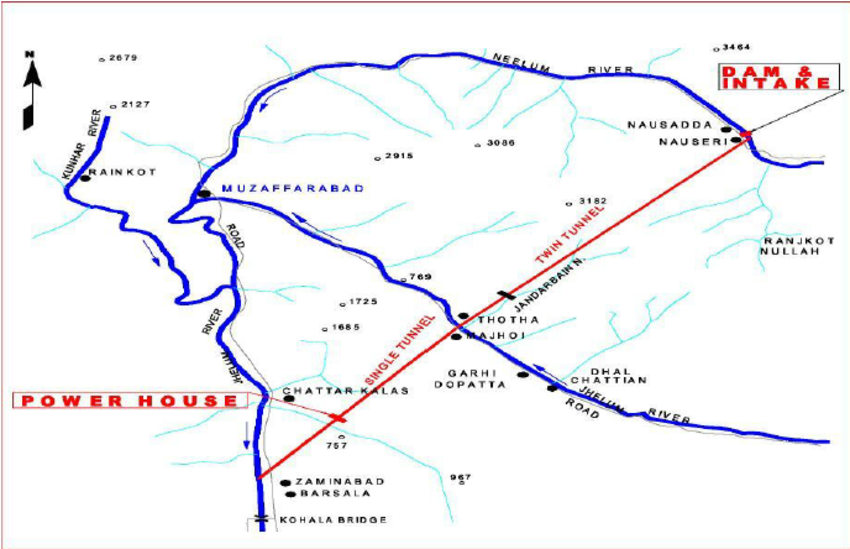 NJHP (Neelum-Jhelum Hydropower Project) was initiated in 70s, however, after the long delays in initial approval of the project, the design was improved in 1989, increasing the tunnel length and generation capacity. The project was intended to begin in 2002 and be completed in 2008 but this time-frame experienced significant delays to rising costs and funding. Additionally, the 2005 Kashmir earthquake which devastated the region required a redesign of the project to conform to more stringent seismic standards.

In July 2007, a Chinese consortium, CGGC-CMEC (Gezhouba Group and China National Machinery Import and Export Corporation), were awarded the contract to construct the dam and power station. The construction contract was settled by the end of the year and in January 2008, the letter of commencement was issued. The work started in February 2008 and was inaugurated by the then President of Pakistan Gen Parvez Musharaf. Since then the progress had been quiet slow because of certain difficulties and lack of interest of the then government. In October 2011, the diversion tunnel intended to divert the Neelum River around the dam site was completed. While taking over as prime minister in 2013, Nawaz Shareef emphasized to complete it in the shortest possible time, and provided all the necessary assistance required, which speeded up the construction. 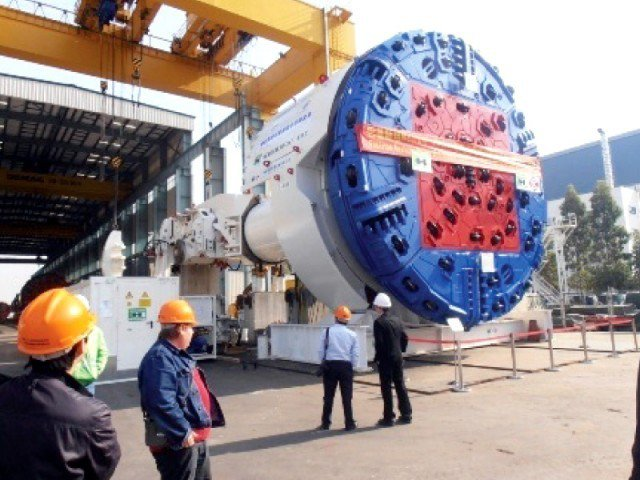 In 2007, India violating “Indus Water Treaty” began construction of a run-of-the-river power station on the Kishanganga (Neelum) River upstream of the Neelum–Jhelum Dam. 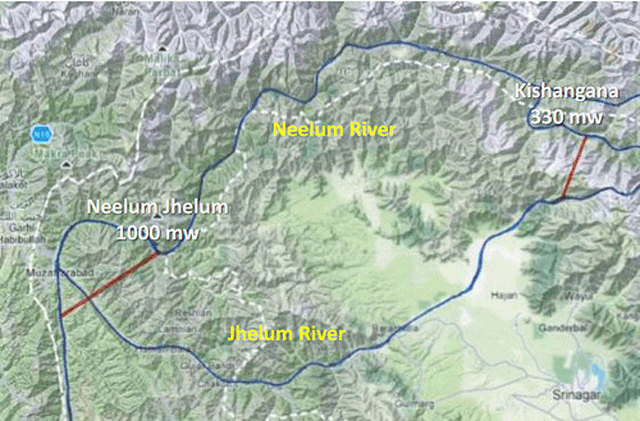 The Kishanganga Hydroelectric Plant operates in a similar sense as the Neelum–Jhelum, using a tunnel to divert the Kishanganga (Neelum) River to a power station before it is discharged into Wular Lake which is fed by the Jhelum River. 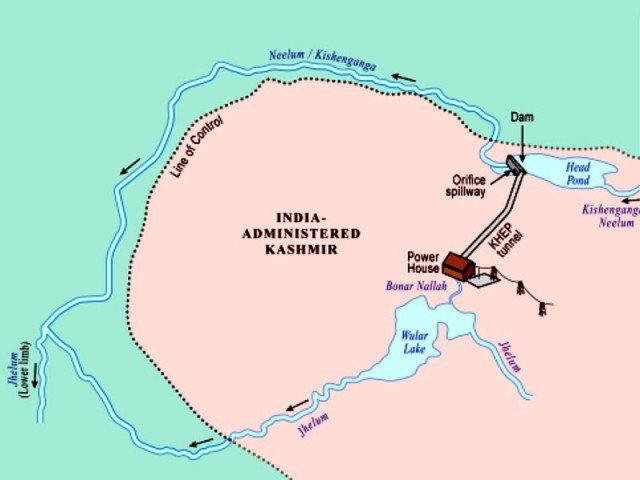 The Kishanganga Project will divert a portion of the Neelum River from Pakistan which will reduce power generation at the Neelum–Jhelum Hydropower Plant. India states the project will divert 10 percent of the river’s flow while other estimates stand as high as 33 percent. Nevertheless, water flow below the Neelum–Jhelum Dam, in Pakistan’s Neelum Valley, is expected to be minimal as both projects are diverting water to the Jhelum River. 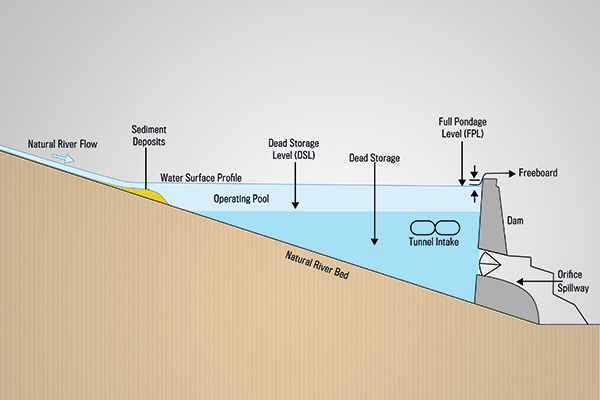 In 2010, Pakistan appealed to the Hague’s Permanent Court of Arbitration, complaining that the Kishanganga Hydroelectric Plant violates the “Indus River Treaty” by increasing the catchment of the Jhelum River and depriving Pakistan of its water rights. In June 2011, the CoA visited both the Kishanganga and Neelum–Jhelum Projects. In August 2011, they ordered India to submit more technical data on the project. India had previously reduced the height of the dam from 98 m (322 ft) to 37 m (121 ft).

The court asked India in September 2011 to stop constructing any permanent works that would inhibit restoration of the river. With the ruling of International Court of Arbitration, India was not allowed to construct the dam (Reservoir), so, they continued work on the tunnel and power plant. In February 2013 the Hague ruled that India could divert a minimum of water for the Kishanganga Hydroelectric Plant. The Kishanganga Hydroelectric Plant is an $864 million dam which is part of a run-of-the-river hydroelectric scheme that is designed to divert water from the Kishanganga River to a power plant in the Jhelum River basin. It is located 5 km (3 mi) north of Bandipore in Jammu and Kashmir, and will have an installed capacity of 330 MW. Construction on the project began in 2007 and is expected to get complete in 2018. 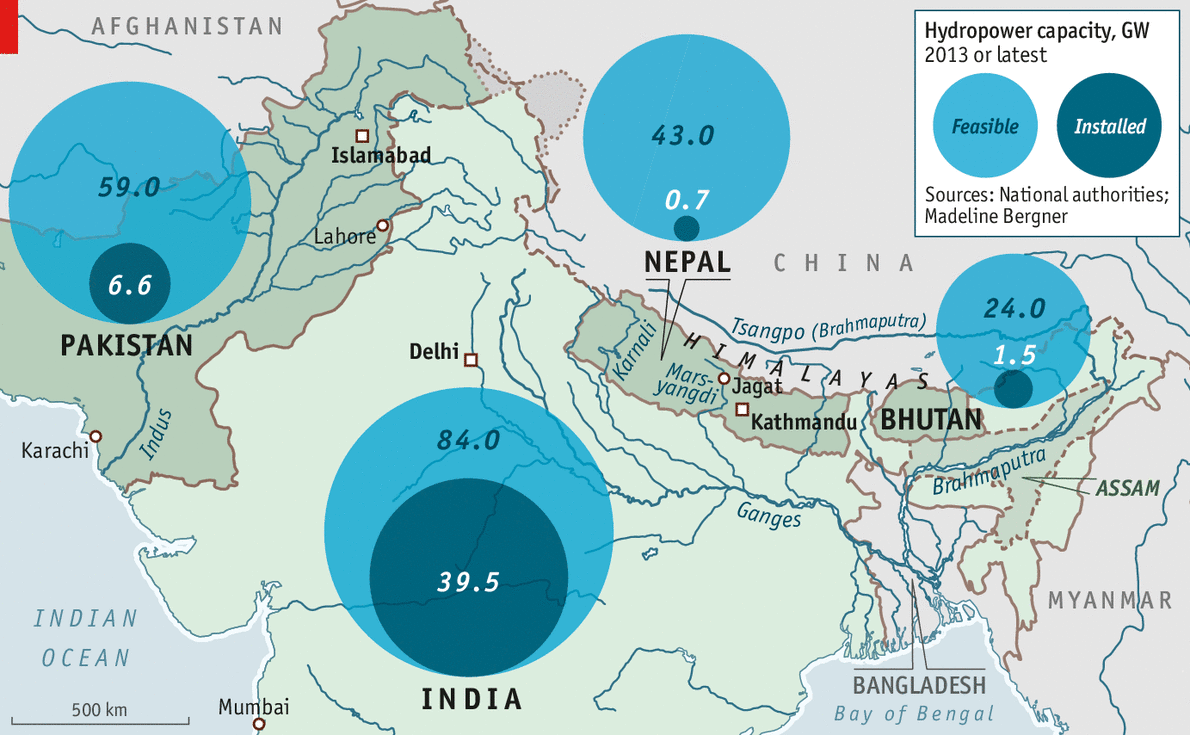 And, for general information, a map showing potential of hydro power projects in the Himalayan’s region is also attached. It clearly shows what ratio on such projects has been worked, installed or achieved. It’s very strange and regretful that Pakistan has used the minimum of its capacity. Ayub Khan’s government had very aggressively worked on Hydro projects, which resulted Mangla, Tarbella, Warsak with number of Barrages and canals. Unfortunately, no other government right from Z A Bhutto to the present regime, has ever intended to work on hydro power project as assertively as the Ayub Khan’s government had done. Had any of these governments worked appropriately on Hydro based projects, cheap electricity would have changed the scenario of our development, also saving this poor country from the IPPs and the costly tariffs.

With 37 m height of the dam, Kishanganga Hydroelectric Plant may have less effect on Neelum-Jhelum Hydropower Project, but Indian act is desecration of the “Indus Water Treaty” agreement and also of the International Court of Arbitration’s ruling.

Though the project has taken more time than planned and delay has raised the cost, BUT, despite all the difficulties and odds, Neelum-Jhelum Hydropower Project will start its operations in December 2017 positively and it will be a big achievement. Who gets the main credit? I leave it to the readers.