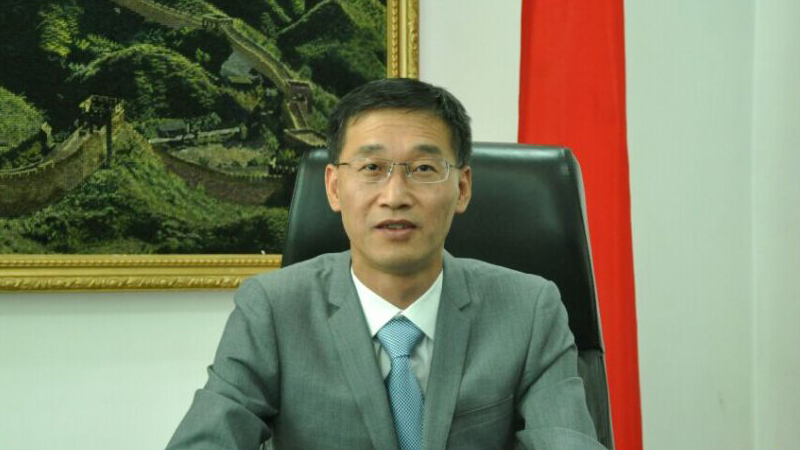 Linked by common mountains and rivers, China and Pakistan are close to each other as the lips are to the teeth. As early as 2000 years ago, the ancient Silk Road built a bridge of friendship between the two old civilizations. Zhanqian, a goodwill envoy in the Han Dynatsty of China (between 140BC-113BC), Fa Xian, an eminent monk of the Eastern Jin Dynasty of China( between 339AD-422AD), and Xuan Zang, an eminent monk of the Tang Dynasty of China (between 629AD-646AD) have all set their feet on this land before.

In China, Pakistan has a unique name of Batie, which means “iron brother”. Meanwhile, in Pakistan China-Pakistan relationship is described as “higher than the mountain, deeper than the sea and sweeter than the honey”.

In the past 67 years since the establishment of the diplomatic relationship, China and Pakistan have shared weal and woe, established all-weather friendship and carried out all-round cooperation. Pakistan is always the priority of China’s foreign diplomacy.

In the development of our relations, there are some key principles that the two countries have always adhered to. The first is equal treatment, mutual trust and mutual assistance, respect of each other’s independence, sovereignty and integrity. The second is decision making based on consensus, mutual benefit and win-win approach to jointly pursue common development and progress. The third is close cooperation and coordination in major international and regional issues to actively safeguard the common interests of the two countries as well as other developing countries. We are proud to see China-Pakistan relationship as the model of relations for peaceful coexistence and win-win cooperation of countries with different cultures and social systems.

In April 2015, President Xi Jinping paid a historic state visit to Pakistan and raised the bilateral relationship to the all-weather strategic cooperative partnership. After that, the bilateral relationship has entered a new era of significant development. Both countries have maintained constant high level exchanges, deepened mutual strategic trust, enjoyed fruitful pragmatic cooperation and more active people-to-people exchanges. Our strategic objectives are highly consistent, our interests are more closely interconnected, and our peoples are much closer to each other. China-Pakistan relationship has become the leading practice and symbol of the building of new type of international relations and community of shared future proposed by China.

The China-Pakistan Economic Corridor is a major highlight of our relations in the new era. As Chinese State Councilor and Foreign Minister Wang Yi once commended, CPEC is a sweet opening chapter of the Belt and Road symphony. As an important and pilot project of the Belt and Road Initiative, CPEC has entered the stage of full implementation from initial plan-making. The Gwadar port is becoming more and more dynamic. Major projects such as the Sahiwal coal-fired power station have been completed one after another. The cooperation in transportation and special economic zones are pressing ahead. 22 of the 43 early harvest projects are under construction or completed with a total investment of nearly $19 billion and 70,000 jobs directly created for Pakistan. Last year, The two countries signed the Long Term Plan for CPEC (2017-2030), which further pointed out the direction for the next stage development of CPEC.

Early this year, when attending the Davos Forum, Prime Minister Abbasi stated that the Belt and Road Initiative is a link that connects all the countries for common prosperity. Pakistan has practically benefited from it. The CPEC has brought unprecedented opportunities for the development of Pakistan and also greatly promoted better interconnection between Pakistan and the countries in the region.

Very soon, the beautiful island of Hainan will witness a grand event. Chinese President Xi Jinping will elaborate the profound connotations of the new era and announce a series of new important measures for reform and opening up. He will clearly speak out Chinese voices and position on the idea of further promoting the building of a community with a shared future for the Asian people and the mankind, and create a better future for Asia and the world. President Xi Jinping will also have bilateral meetings with Prime Minister Abbasi to exchange views on bilateral relations and cooperation in various fields. The meeting will open a prelude to high-level exchanges between our two countries this year and point out the direction for the development of China-Pakistan relations in the next stage.

At present, under the intricate international situation, the Chinese people are pursuing the Chinese Dream of the great rejuvenation of the Chinese nation under the guidance of Xi Jinping Thought on Socialism with Chinese Characteristics for a New Era. The Pakistani people are also working hard to realize the Asian Tiger Dream of economic revitalization and national development under the guidance of thought of Quaid-e-Azam Jinnah. China-Pakistan relationship is becoming more closely integrated into each other’s respective development strategies. I am convinced that, with the joint efforts of our two governments and peoples, China and Pakistan will make new strides in mutual beneficial and win-win development. China-Pakistan relationship will stand out as a new model of state-to-state relations.