Some thoughts on ‘governing the ungovernable’ 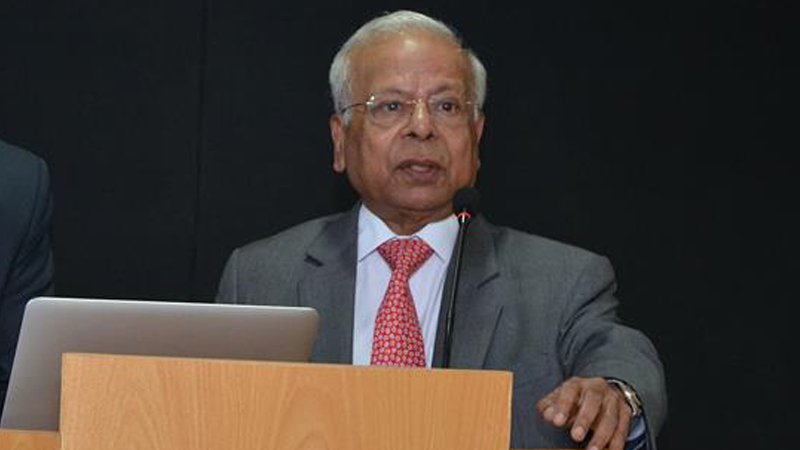 Dr Ishrat Husain is a well-educated and proficient writer with a valuable experience of heading the State Bank of Pakistan and chairing the National Commission for Government Reforms. But it is surprising that a knowledgeable person like him has refrained from writing much on the subject that deserves his erudite attention: political economy of Pakistan.

Thus the title of his book, ‘Governing the Ungovernable — Institutional Reforms for Democratic Governance’, is intriguing.

Dr. Husain has explained that his definition of governance is not limited to “state-centred institutions alone but multi-dimensional, covering a wide range of them”, he covers in the list of governance: the society, polity, private sector, the military, religious organizations, and external actors.

These institutions are supposed to be governed by the state through a democratically elected government. But that brings us to the question: who are the ‘ungovernables’ from among the institutions examined by Dr Husain? He has maintained that, “the growing militancy and the ascendancy of the jihadist elements and groups can also be explained in terms of the withering aware of the state and its institutions.

As the people became increasingly disillusioned and disaffected by the state institutions, these non-state actors stepped in to fill the vacuum and operated parallel systems of justice, service delivery, and security.” His explanation does not tell the whole story covering all the factors that have contributed to not only the rise of jihadi groups in Swat but all over the country.

The Pakistan Deep State, particularly during the period of General Ziaul Haq’s illegitimate regime, created these militant Islamic groups to wage a so-called jihad in Afghanistan against the takeover of power by the socialist forces in that country. Religious extremism and militancy were fuelled by the military government. After the withdrawal of the Soviet Union forces from Afghanistan, the Pakistani establishment created several India-specific Islamic militant groups. These hydra-headed militant groups went out of hand and are still a challenge for the Pakistani state.

Among the state-institutions perhaps the most ‘ungovernable’ is the establishment which does not work as one of the departments of the government but rather runs a parallel system which undermines the civil-elected governments, overtly and covertly, but Dr. Husain is of the view that the establishment takes over because of the failures of the civilian governments and their poor governance.

The ungovernable forces first used the non-state actors to claim its rights on Kashmir in 1948. In 1965, it sent trained guerrilla fighters in the guise of Kashmiri Mujahideen which provoked a full-fledged war with India. It launched a military operation against the people of Balochistan in 1948 (which still continues). It launched the military operation in East Pakistan in 1971 and as a result the country broke up.

As people became increasingly disillusioned and disaffected by state institutions, non-state actors stepped in to fill the vacuum and operated parallel systems of justice, service delivery, and security

It supported and engineered Islamic Jihad in Afghanistan in 1979 and to this day backs the Afghan Taliban groups’ insurgency in Afghanistan. It launched the Kargil operation to sabotage the peace process started by Nawaz Sharif-Vajpayee initiative in 1999. All these actions have had serious repercussions for Pakistan as our foreign policy and national security policy were tailored around these adventures.

These policies have also had negative economic and social repercussions. The official estimates are that since the last 10 years Pakistan’s economy has suffered over a 120 billion dollar loss because of terrorism in the country. This war against the various terrorist groups had to be fought against the same people who were created by our establishment. Most recently, we were isolated at the Paris Meeting of FATF and put on a grey watch list as a consequence of the policies of harbouring non-state actors against our neighbours.

He has observed that ‘although East Pakistan benefited from Ayub’s economic reforms and the decade of development, the reality is that his government was perceived to be perpetuating a quasi-colonial military regime in a colony, ie East Pakistan and this proved to be fatal.’ It was not just a perception, it was reality. East Bengal was a major exporter when it was part of Pakistan but greater part of the export income was used in the development of West Pakistan. Similar disparity existed in the case of foreign loans and aid utilization (Bangladesh Papers, 1971).

This data shows that economically Pakistan growth rate was higher during the 3 military rules — General Ayub Khan, General Ziaul Haq, and General Pervez Musharraf. Incidentally these were the times when Pakistan was supported by the US to further its anti-socialist agenda in the region. The growth during Ayub Khan’s period was so skewed that it resulted in the concentration of 87 percent of Pakistan’s financial resources and 67 percent of the industrial resources in the hands of 22 families.

The inter-provincial disparity created during this period contributed a great deal in creating the separatist feeling in East Pakistan. In Zia’s period we were dangerously abetting in the US war against Soviet Union. The ramifications of this jihad have already been discussed above. During the Musharraf period the economy took off only after 9/11 incident when Pakistan agreed to let the US forces use its territory in the war against the Taliban government in Afghanistan. The moratorium on the foreign debts payment created large fiscal space and provided an opportunity to double/triple the Annual Development Plans.

However, one cannot agree more with the solution recommended by Dr. Husain for governing Pakistan. He has pinned his hopes with the emerging middle class “free from links of kinship, caste, tribal affiliations, and feudal subservience” to trigger institutional reforms and elect representatives who “in order to survive politically… would be forced to reform the institutions that deliver”.

He is fully conscious that this path would not be easy as to make such reforms in the presence of vested interests would be difficult. He also rightly cautions that ‘these changes are unlikely to happen during one five-year electoral cycle’. The hurdles that factor in the pursuance of this path are ‘the dominant influence of ideology and religion on the society and body politic; the emergence of Pakistan as a National Security State where fear and insecurity have played a dominant role; and the alliance between Allah, Army, and America that has shaped the affairs of Pakistan.’ The only change in these factors may be that America is now substituted by China.

The writer is the author of What’s wrong with Pakistan? And can be reached at ayazbabar@gmail.com