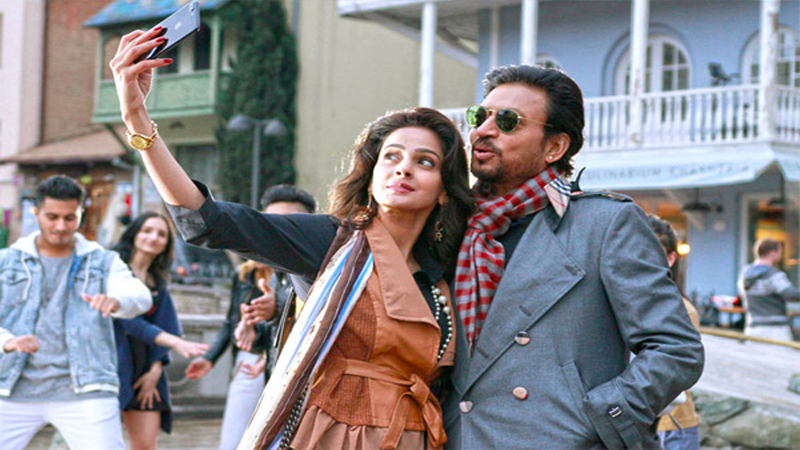 ‘Hindi Medium’ is set to emerge as a huge blockbuster in China, as it recorded a first day opening close to $4 million.

The Irrfan Khan-starrer collected a staggering Rs 24.31 crore on its opening day, thereby surpassing the first-day box-office collections of Salman Khan’s ‘Bajrangi Bhaijaan’ (Rs 14.61 crore) and Aamir Khan’s ‘Dangal’ (Rs 12.99 crore) in the East Asian country. The film opened on around 18,000 screens, double that of ‘Bajrangi Bhaijaan’; The number of screenings has even more than doubled.
Entertainment industry tracker, Ramesh Bala, shared the business figures on his Twitter account on Wednesday night. See his tweet right below:

#MakkalNeedhiMaiyam ‘s President @ikamalhaasan says the party will support 69% reservation.. They will not let it go even lower by 1%.. #MNMTrichy

Hindi Medium, starring Pakistani actress Saba Qamar opposite Irrfan, had turned out to be a sleeper hit at the domestic box-office with lifetime collections over Rs 70 crore. The film directed by Saket Chaudhary narrated the story of a couple from Chandni Chowk in Delhi who aspire to give their daughter the best education. In the course of making it possible, they end up doing the most bizarre of things. While their actions bring in a lot of laughter, they are thought-provoking at the same time.

Dinesh Vijan (founder of Maddock Films) says, “When a different culture enjoys content that’s deeply rooted in our own culture, it’s exhilarating because it’s unexpected. And then it makes one realise how alike we all really are. Hindi Medium’s achievement in China truly celebrates the universal language of the film, and that’s what I am so proud about.”
‘Hindi Medium’, a Maddock films production, produced by Dinesh Vijan and Bhushan Kumar, received positive reviews from critics upon its release.