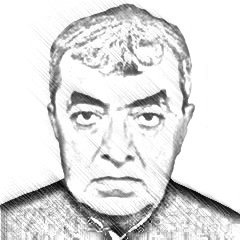 Pakistan has inherited federal form of government from the colonial rule. Government of India Act 1935 provided for the establishment of federation. After independence on 14th August, 1947, the said Act was adopted under Indian Independence Act 1947 as an interim constitution. Thus, politico-governance system started with federal form of government. The constitution 1973 also provides for the establishment of federation in the country. Currently, it is confronting with a few challenges.

The federation supports unity in diversity. The federating units surrender their sovereignty, to some extent, to central government. The federal government extends limited sovereignty to the federating units under constitutional guarantees. Pakistan adopted its first constitution in 1956 passed by the second constituent assembly. Before it, provinces in Western Wing of Pakistan were merged in one province called West Pakistan in 1955. Thus, the country comprised two provinces East Pakistan and West Pakistan.

The constitution of Pakistan, enacted in 1956, based on the principle of parity between West Pakistan and East Pakistan. In less than three years, the constitution was abrogated when first ever Martial law was imposed in October 1958 in the country. Field Marshal, General Muhammad Ayub Khan became Chief Martial Law Administrator. He enforced second constitution in 1962 which lasted for about eight years.

The general elections were held under Legal Frame Work Order 1970 enforced by then Chief Martial Law Administrator General Muhammad Yahya Khan. Young Pakistan of about 23 years age witnessed secession of its eastern wing in December 1971 and Bangladesh emerged as an independent country. In 1972 interim constitution was enforced and subsequently on 14th August, 1973 Pakistan adopted first ever constitution having unanimous vote in the legislature.

Federation nourishes and gets stronger when it is allowed to work in accordance with the constitutional provisions and its spirit. Governance contrary to it yields confusion and difficulties. Consequently, challenges emerged which get worst with the passage of time.

The federation of Pakistan is also facing some challenges. These include the following:

Ethnic entity is a positive thing but when it develops on the basis of hatred and for serving interest of a group it becomes dangerous. Political parties play important role in parliamentary or presidential form of government. Without them concept of election is not possible. They are bound to base on particular ideology not prejudicial to national interest and public interest and work for the betterment of a state. But when political party gets roots on ethnic basis having elements of hatred or is given image of ethnic party then it may not play its due role in the political process of a country. It may affect unity of a country and weaken a federation.

This situation has given birth to mistrust between the centre and the federating units. Its removal is necessary for smooth running of federation and making it stronger.

The federating units are complaining to the centre of not delegating powers in accordance with the eighteenth amendment. The institutions of local government are complaining against provincial governments of not entrusting powers which they need for their efficient functioning and ensuring service delivery. Such type of row between different tiers of government may create hindrances in nourishment and successful working of federation and democracy. The constitution has provided forums to discuss matters which need to be resolved. If this constitutional framework is used, better understanding may replace mistrust. It will ultimately strengthen the federation and constitutional institutions may perform more efficiently.

Heredity form of political leadership is also one of the challenges of federation in Pakistan. According to the law, each political party, desirous of contesting elections, have to hold Intraparty elections in accordance with the constitution of Pakistan, provisions of the Political Party Order 2002 and the rules made there under. Intraparty elections are held in such a way that heredity leadership has got birth in political parties except few. This trend stands unfavorable to the federation and the process of democracy. It has decreased the chances of promoting democratic norms in political party. A political party having no inner democratic framework may not play role for the promotion of democracy in the country which is expected from it in a democratic country.

Articles 8 to 28 of the constitution of Pakistan have provided for the fundamental rights of the citizens of the federation. The government of the federation is constitutionally bound to ensure compliance of the rights. Moreover, citizens have also to play role in this regard. Right sprouts from duty and vice versa. When one citizen performs one’s duty other gets right. Lack of compliance of constitutional provisions regarding fundamental rights may create negative thinking in the mind of citizens against a state. And such type of thinking never proves in the interest of a state and a federation.

There may be some other challenges being faced by the federation of Pakistan. Timely addressing the challenges with appropriate strategy makes a state and a federation strengthened and stable. It may ensure peace, prosperity and welfare of the country.

The writer is an author and PhD in Political Science