Why the regular business leaders are bullish on the US economy 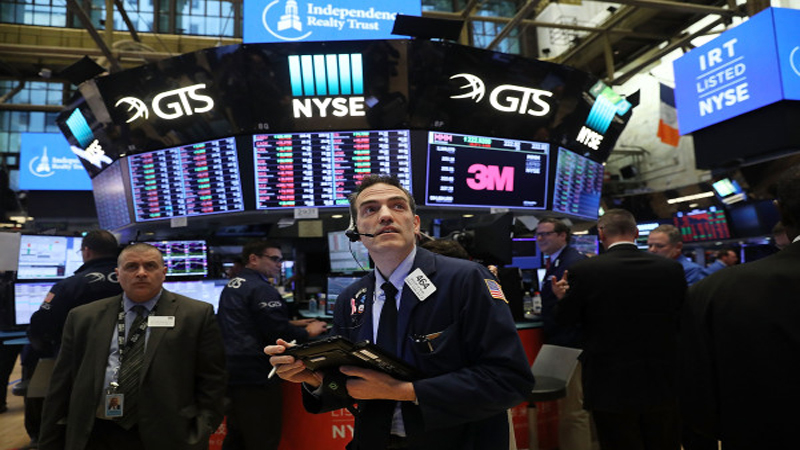 Follow the volatile ups and downs of the stock market or President Trump’s Twitter feed too closely and you’re bound to think the economy is booming one minute and heading for collapse amid a global trade war the next.

Thank God the men and women who run small to mid-sized businesses aren’t so obsessed. They’re methodically hiring new workers and seeing plenty of green in their future, no matter how intemperate the markets or even the current White House occupant have become.

That was my takeaway after spending some time with about a dozen CEOs and CFOs of these businesses a couple nights ago and listening to what keeps them up at night. The meeting was private; I was asked not to provide names of the companies nor their executives.

Still, no one had a problem with me spreading their core message about the Trump economy, and why – for all the noise about trade wars, market zig-zags, Robert Mueller and Trump’s latest Twitter feud – they’re optimistic about their businesses and the future of the US economy. And they’re an important group: Their companies have market values of between $1 billion and $3 billion, so they’re big enough to play in the global economy. And any economist will tell you that these are the businesses that account for much of the new hiring.

Nor are they a bunch of Pollyannas: They run diverse businesses, from e-commerce to telecommunication to manufacturing. And because of their size, they must obsessively watch costs and monitor foreign competition.

Indeed, trade wars scare the hell out of them, because they almost always spark retaliation and many of their companies sell goods overseas or rely on imported raw materials. Yet for all Trump’s trade saber-rattling (and the markets’ sour reaction), these execs are upbeat about the president.

Not about everything the tweet-happy commander-in-chief does. But they like the economy he created. They feel he doesn’t look at businessmen and women as enemies to be taxed, regulated or jailed but as people who deserve to prosper. Because of that, they’re hiring more and, for the first time in years, facing some wage pressure. Recall: One of the biggest problems with the post-financial-crisis recovery under President Barack Obama was stagnant wages. Heaping layers of regulations on businesses, as Obama did, didn’t lead to better pay, as small firms responded by looking to cut costs. Higher taxes similarly kept wages low.

The folks I met with say now the opposite is happening: Relaxed regulations, a tax cut and signs that DC is actively trying to spur growth rather than penalize businesses are sparking a rush to find new workers, even at higher wages.

How and when this shows up in official growth and employment statistics is difficult to know, but at least anecdotally the business execs I spoke to couldn’t be happier with what’s happening in the Oval Office and Congress, and they say the benefits are starting to trickle down to their employees.

That doesn’t mean they agree with everything the president is doing, even on just the economic front. They do worry about tariffs and a trade war and their impact on the economy. They also find it befuddling that the president thinks he can bring back scores of manufacturing jobs in steel production and other old-line industries.

As one of the CEOs put it: “We’re basically automated from the beginning to the end of the assembly line.” People in the steel industry, where Trump and his economic team want to revive hiring, make a similar assessment. So if most of those jobs aren’t coming back even with tariffs, why trigger a war over it? Better to focus on the businesses of the future. While automation killed many manufacturing jobs, as these folks explained, the technology revolution created many more jobs and people with skills are needed to fill these posts at higher wages.

That’s why they’re upbeat. They hope Trump’s trade tantrums are just a negotiating ploy to get concessions from places like South Korea (which he apparently has done) and then hopefully China. Sure, investors are skittish about the economy, trade and the markets, the head of a small investment firm pointed out. But, he added, they’ve been that way for the past five years. At least now, the economy is being fueled by deregulation and tax cuts.

Again, a handful of business executives aren’t representative of the entire economy. But these are the kinds of people on the front line of the Trump economy, and I’ll trust them more than the daily gyrations of the stock market. courtesy the new york post.