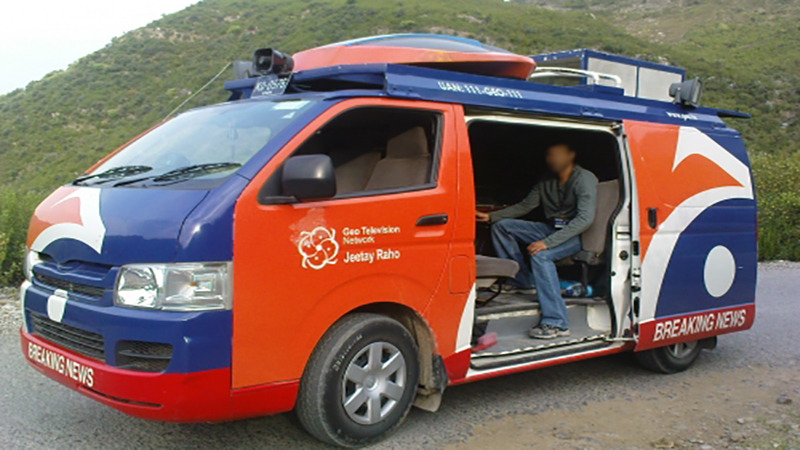 LAHORE: As of Sunday, Geo TV channel is off-air in various parts of Punjab as journalists and users over the Social Media platforms protest against the channel’s blackout from the cable and demand its recovery.

Geo TV journalist Talat Hussain said via his Twitter account that the news channel of the franchise is not the only off-air frequency, several other sub-divisions of the Geo group are off-air in various parts of the province.

“This media gagging is not confined to Geo News only. All Geo channels are off in several areas. The story of ‘negotiations’ to ‘restore’ Geo for viewing is a long, fascinating & fearful one. Spreading over a year. Tells u how the system works. Its a new chapter in the history of media clampdown in Pakistan,” Talat (@TalatHussain12) wrote on Twitter.

Editor Daily Times Raza Rumi (@RazaRumi) tweeted: “It is unfair, undemocratic and plain illegal to close down a TV channel. But it’s happening with Geo News – reportedly cable operators have been asked to comply. Whoever is doing this is only harming Pakistan & public interest. Will other media houses stand up and resist?”

Twitter user Amjad Saleem (@KnightStar1) wrote: “If  Geo News had broken any laws then there’s PEMRA and courts to deal with it. Shutting it down by unseen bullying means that Geo must be doing something right and someone is afraid of the truth or facts to be known by the public”.

Acclaimed journalist and columinst Imtiaz Alam (@ImtiazAlamSAFMA) tweeted: “Prime Minister Abbasi must explain and take the responsibility of his administration about the illegal and unconstitutional action against GEO: explain under what law, charges and authority and place it on an appropriate legitimate forum so that we could contest this”.

This is not the first time Geo TV’s transmission has been put on hold. In 2017, Geo network was handed a 5-day ban for airing ‘indecent’ content in a morning show, while the channel also faced the music at the hands of former president Pervaiz Musharraf when he imposed emergency in 2007 and banned Geo, among several other channels.

Daily Times spoke to a local cable operator regarding the blackout, who said that the channel has been put off-air due to an ongoing tussle with the Pakistan Electronic Media Regulatory Authority (PEMRA). The operator, however, told that the transmission will resume in a couple of days.

We reached out to PEMRA for a response, but could not receive one due to unavailability of the authority representatives on Sunday. The story will be updated as soon as we connect with a PEMRA official.