Of Faith, Resilience and Courage: An Afternoon with Shahbaz Taseer 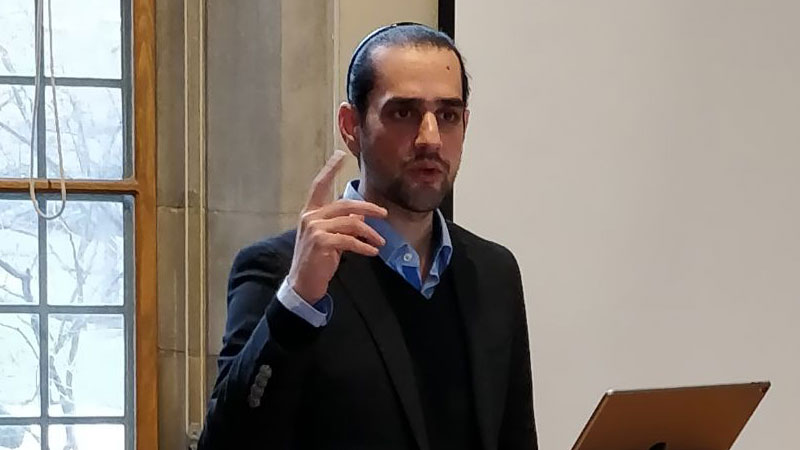 “Ask me anything” were the words used by Mr. Shahbaz Taseer as he concluded his talk and opened the floor for discussion. In those quiet moments preceding the first question, the large room at Cornell University’s Willard Straight Hall – home to one of the first student unions of the United States – felt awfully small. What could this group ask of someone who had lived, survived and overcome experiences none could fathom enduring. There was so much to consider from the talk that had just been given, so much to understand, and above all, so much to learn from.

To me, Shahbaz’s story is primarily one of hope- hope deeply rooted in the strength of his faith. Having faith in what you believe can be tough at times; holding on to that faith in trying times is even tougher; however, being able to hold on to that faith when the very people holding you captive, torturing you and abusing you claim to be champions of that same faith, is nearly impossible. And that is where the power of understanding, the importance of perception and the role of intellect comes in. Shahbaz spoke about how the Holy Quran became a beacon of light for him in that dark place for four and a half years- how reading and understanding it proved to be the best line of defence against his captors; how he used his intellect to counter the ambiguity and insularity that obscured the true meaning of Islam in these people’s minds, and how, at times, his captors would not be able to argue back. It was his faith and his resilience that enabled him to stand his ground and not lose hope against the impossible odds he was faced with.

Sitting in that room, I imagine many like me would have been in awe of the accounts we had become privy to: we all found ourselves involuntarily laughing whenever Shahbaz’s wit would shine through his anecdotes- it was nice to see how the struggle to hold onto himself, his personality, his humor had not gone in vain. However, as I carried on with my day and found myself mulling over all that I had absorbed earlier, I could not help but view the bigger picture; the zoomed-out view of a terrain where the state of today’s Pakistan contextualized his and his family’s struggle. There was still so much that had to be done, had to be addressed and had to be changed to really target the dangerous mentality adopted by the masses of our country under the garb of misguided Islamic teachings, intolerance and hate. Unfortunately, the Taseer family’s struggle would only serve to be a blip on the radar of an otherwise regrettably dogmatic movement fuelled by ignorance and intolerance- one seemingly impervious to tragedies that would scar families for generations to come.