What does a woman endure? 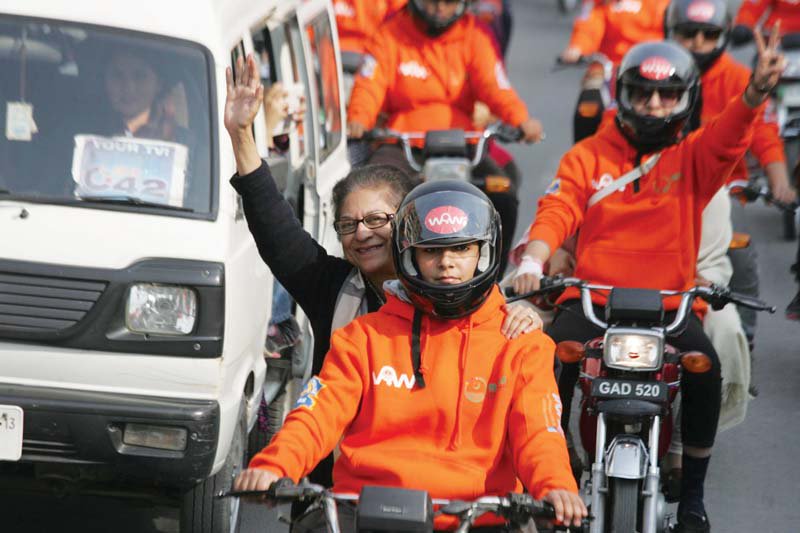 Women constitute more than half of world’s population. Holding back a woman from pursuing her dreams is like chaining half of the population of the world. This creature is blessed with a mind, heart, instincts, thoughts, creativity and whatever you may think of exactly like men. The only difference is the difference in the way they look and the roles that society has classified for them.

Women had to fight hard to get their right to vote, to get administrative jobs, to make the world, which had always objectified them, realise that they are much more than what men think they are. Women in West were successful in getting their rights through various movements in different eras; still they are fighting to get equal pays and still the ruler of the state is always a man. The patriarchal system in this society has held back this beautiful creature to follow their dreams and contribute towards the society. Women have to get things approved from either their father, brother or their husbands who have burdened them by becoming the caretakers of their ‘respect and dignity’.

If women in the first world countries have issues, think what kind of issues women in third world countries have to face. A typical role has been assigned that women are here to raise children, to provide family with good food, clean clothes and comfort. But no one ever thinks that she is a complete individual with a sane mind. She has all the right in the world to make her own decisions and think for the best for her and her family.

Women belonging to rural areas have been especially focused. 480,218 women entrepreneurs were awarded loans amounting to Rs 2.2 billion through Chief Minister Self Employment Scheme. In 2969 trade unions of Punjab, 44,517 women are serving as office bearers after amendment in Punjab Industrial Relations Act (Amendment 2015) 2010.

Provincial governments have tried bringing reforms and Punjab has outpaced other provinces by bringing some amazing reforms for strengthening of and empowering women. The Chief Minister’s Strategic Reforms Unit (SRU) has launched its program to provide customised motorcycles at subsidised rates to women titled ‘Women on Wheels: Motorbike Subsidy Scheme’. Women’s quota in public sector jobs has been increased from 5% to 15% and age limit has been relaxed up to 3 years. Both parents are now entitled to maternity and paternity leaves. Heifers and sheep/goats have been given to rural women to encourage them to start earning. PEEF has awarded scholarships to 85,000 female students amounting to Rs 4 billion and  PEF has awarded education vouchers to more than 100,000 female students. 51 female colleges have been completed out of the total 57 in Punjab.

As per the amendment in Land Revenue Laws, women get facilitated for accession of title of inherited property transparently through Land Record Management Information System. Punjab Commission on Status of Women Act, 2014 has been enacted and PCSW has been established. Punjab Prevention of Harassment at Workplace Act, 2012 has been promulgated and Office of Ombudsperson has been established. Thousands of women have been trained through TEVTA, PVTC and Punjab Skill Development so they earn for their families in a respectable way.

Women belonging to rural areas have been especially focused. 480,218 women entrepreneurs were awarded loans amounting to Rs 2.2 billion through Chief Minister Self Employment Scheme. In 2969 trade unions of Punjab, 44,517 women are serving as office bearers after amendment in Punjab Industrial Relations Act (Amendment 2015) 2010. 97 women in 63 boards of governors are serving as voting members after enactment of Punjab Fair Representation of Women Act 2014.  110,000 plots have been allocated on joint ownership of husbands and wives in Jinnah Abadis. Mehfooz Maa Ambulance service has been started for the pregnant women.

Women should not be forced into staying at homes and wasting the potential that God has created in them. It is wrong on every level that men have conveniently made women caretakers of their dignity and respect; they are and should be responsible for their own deeds. These initiatives are some of the many and there is still a long way to go to achieve balance in the society. Perhaps the only way we can take this country out of the list of developing countries.