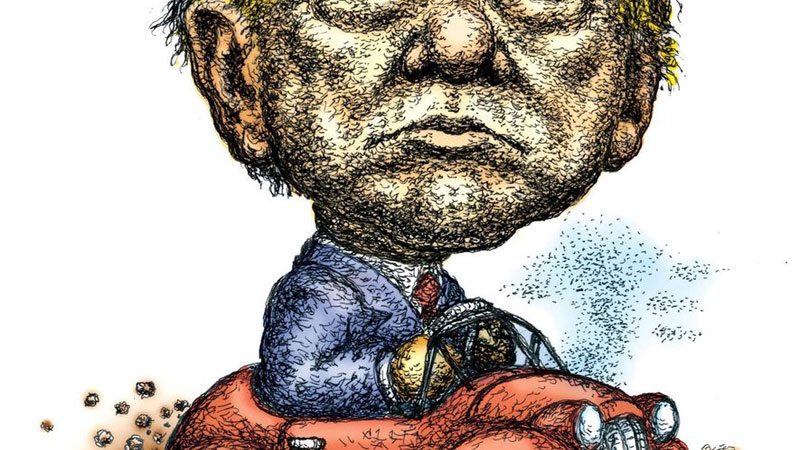 President Trump seems to have a lot of trouble picking people to staff his administration whose political views are consistent with the positions he staked out in his campaign.

He ran on “draining the swamp” and slashing wasteful spending, but a number of people running his government have been spending lavish sums of money for redecorating their offices and taking costly, first-class, overseas trips.

He campaigned against global free trade agreements and slapping import taxes on our trading partners, but in the past week picked a new chief economic adviser who is an archenemy of tariffs.

He made it clear from the beginning that Russia was no longer America’s enemy, praising and embracing Russian President Vladimir Putin. But he picked an ambassador to the United Nations who condemned Mr. Putin for interfering in our elections and for carrying out a nerve gas attack on a former Russian spy and his daughter in Great Britain.

This month, Mr. Trump announced he was imposing much higher trade tariffs on some of our largest trading partners that triggered a fierce Republican backlash on Capitol Hill.

Earlier this month, Mr. Kudlow and two longtime free trade allies laid out their opposition to tariffs in a column in the CNBC business channel and National Review magazine.

They made it clear that Mr. Trump was “imposing sanctions on our own country, putting up tariffs supposedly to make Americans more prosperous. If ever there were a crisis of logic, this is it.”

Mr. Trump’s tariffs, they wrote, would “put at risk 5 million jobs in industries that use steel” and that “steel-and-aluminum users and consumers [would] lose.”

Although Mr. Kudlow, like Mr. Trump, is a longtime proponent of tax cuts, he is a free trader to the core who was one of President Reagan’s chief economic advisers who helped draft the North American Free Trade Agreement (NAFTA) that Mr. Trump wants to rewrite or abandon entirely.

Mr. Trump could use Mr. Kudlow’s help getting his numbers right, especially in dealing with some of America’s largest trading partners.