Republicans’ $1.3 trillion ‘pass it to read it’ boondoggle 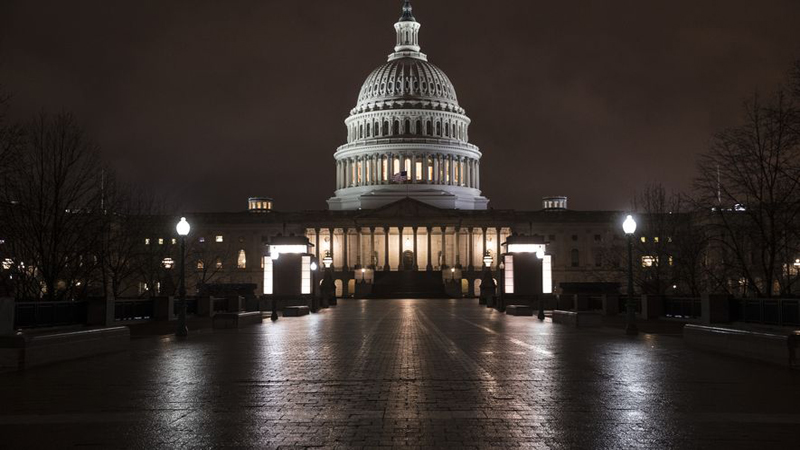 Republicans, following months of negotiations with Democrats, finally came up with an omnibus spending bill, and in a word, it “sucks.”

It’s 2,232 pages of $1.3 trillion taxpayer expenditures. And lawmakers only have until Friday to pass it, or face yet another shutdown.

“This is really tragic,” said Republican Rep. Louie Gohmert, on Fox News with Shannon Bream. “This is so tragic.”

This omnibus is a Democrats’ dream. And yes, indeed, Democrats are cheering.

“Every bill takes compromise & there was plenty here,” Sen. Chuck Schumer’s Twitter feed read, “but at the end of the day Dems feel very good; so many of our priorities for the middle class are included. From opioid funding to rural broadband, from student loans to child care, this bill puts workers & families first.”

At $1.3 trillion, it pretty much puts everybody first – except the taxpayers, of course.

The bill increases domestic spending by $128 billion over 2011 caps, all while funding government only through September 30.

And how ’bout that border wall?

“Got $1.6 Billion to start Wall on Southern Border, rest will be forthcoming,” Trump tweeted, in the late night hours – which is when, by the way, the bill wove through Congress. Remember when Republicans used to criticize late-night legislative maneuvers?

Trump went on: “Most importantly, got $700 Billion to rebuild our Military, $716 Billion next year … most ever. Had to waste money on Dem giveaways in order to take care of military pay increase and new equipment.”

It’s almost as if Republicans aren’t even in charge.

Time to get rid of the 60-vote majority requirement in the Senate, yes? It’s not even constitutionally called-for; it’s a Senate tack-on. And now, taxpayers must pay.

Republicans are trying to spin the bill as a starting point for further discussions. But the American people know better, and expected better of the Republican Party. The American people, over the course of several years – from tea party uprising to Trump’s election – have sent strong, bold signals to Washington, D.C., that the status quo of wasteful government spending is unacceptable.