Extensive networks of wide and paved roads did not enable the people of FATA to experience freedom. Instead, these same roads became a source of indignity for them

Supported by the international donor community, the Pakistani state has been completing big infrastructure development schemes in FATA in the last few years at an impressive pace and launching new ones. According to the government figures, 1076 development projects were completed in FATA during the previous four years, costing around 64 billion rupees. These schemes involved the building of extensive networks of roads and dams, better transmission lines for electricity, skills development for youth, agriculture development and so on, according to the government. Optimists among us would have been very hopeful about the impact of these projects.

However, the Pakhtun Tahafuz Movement (PTM) led by the millennial yet charismatic leader Manzoor Pashteen has exposed the gaping holes in the overarching development vision of the state for FATA. If you were sold on this flawed development vision, you would definitely be baffled as to why these Pakhtuns from FATA are protesting against the state and the army, while the latter is bringing development to these hitherto ‘underdeveloped’ and ‘poor’ tribes of Pakistan (many of these development projects are led and implemented by the army like the building of roads and dams). But you should not be surprised anymore, for the PTM has articulated as to what is wrong with the state’s approach. 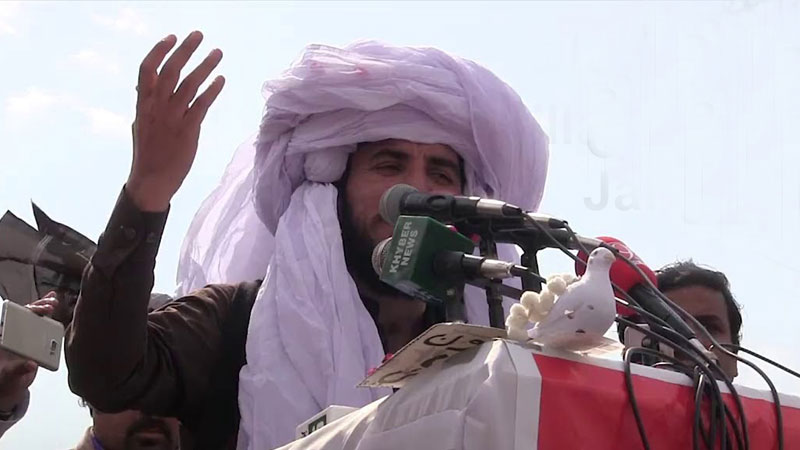 Far from meeting the criteria of human development and social justice provision, many of these schemes are primarily focused on projects that help the state in asserting its monopoly over violence and its ability to control, surveil and manipulate the population — in line with the ‘Bajwa doctrine’. More often than not, only the hard components of schemes (read big infrastructure projects that entail rent-seeking and patronage distribution) succeed, while the soft segments such as improvement in education service delivery, human rights, gender equality, the creation of economic opportunities and skill development fail to demonstrate any impact. Most of the funding also goes to these more tangible projects, which are cost-intensive anyways.

Modern states build roads and bridges so that their armies can move quickly and be supplied to quell any rebellion, dominating and intimidating the population, hence, the extensive networks of roads in FATA in the wake of military operations by the engineering wing of the army. The armed forces also control hospitals in many restive regions, and they cater to the needs of the soldiers generally. I am not arguing that the civilian population living in the area does not benefit from these facilities. My point is that the state needs this infrastructure for its own survival and therefore it comes up with so much speed, as compared to many other aspects of development that people need more than the state does.

Far from meeting the criteria of human development and social justice provision, many of the development schemes in FATA are primarily focused on projects that help the state in asserting its monopoly over violence and its ability to control and manipulate the population

It would be unfair to argue that the infrastructural development schemes are wrong in and of themselves. Of course, people themselves demand improved transportation, electricity and better services. However, if the infrastructure is the sole instrument and indicator of development, it becomes meaningless, serving the needs of rulers more than the ruled. According to the legendary economist and Nobel Laureate Amartya Sen, development is not necessarily economic growth or improvement of infrastructure. Development, rather human development, is the ability to make choices, to enjoy freedom and happiness. Unfortunately, the state has not given the freedom and the ability to make choices to the people of FATA, and therefore they are now expressing their grievances through the PTM.

Extensive networks of wide and paved roads did not enable the people of FATA to experience freedom. Instead, these same roads became a source of indignity for the people when they travelled on these roads. While we saw the pictures of tribal Maliks greeting and hugging the generals on the television and ISPR’s Twitter feed, young Pakhtun men were being intimidated at the army checkposts.

Even if the development schemes of the state have delivered economic growth and better infrastructure in FATA, which is not necessarily the case, until and unless the people of FATA are given the freedom to make their own choices such as whether they want to remain separate from Khyber Pakhtunkhwa or to merge in the province; the draconian FCR is repealed, the distinction between good and bad Taliban is removed; we stop to stereotype the tribal people as either brave, invincible warriors or terrorism and extremism suspects, we have not even embarked on the journey for the development of FATA.

The writer is a social development consultant and researcher, he can be reached at i.khan10@lse.ac.uk