Naqeebullah Mehsud: A quest for justice 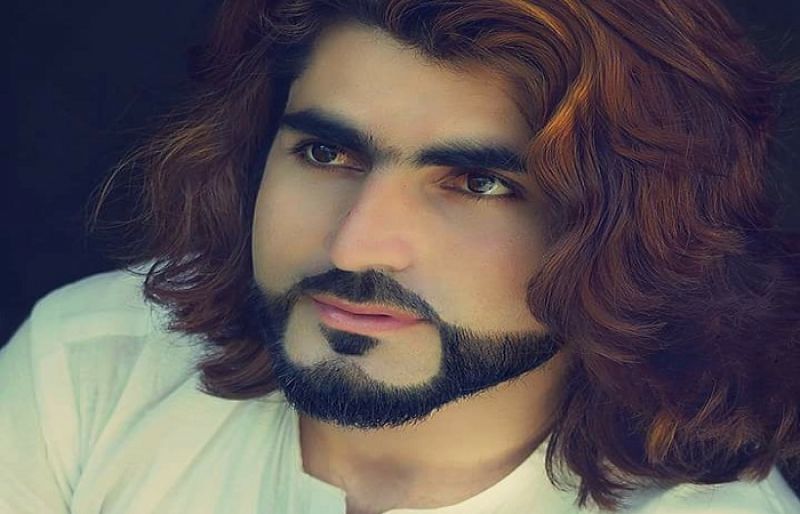 The slaying of yet another young Mehsud jolted the civil society. Aftab Mehsud, a student of Gomal University, was the organizer of historic Pukhtun March in Islamabad. His body was dumped on the street with a message. A chilly reminder to rights activists and anyone who dares to challenge the state narrative.

Earlier, slaying of a young Mehsud transformed him into a tragic icon of resistance against state repression. Naqeeb Mehsud, an aspiring model with a flair for photography and a large social media following, brought into sharp relief the brutal state violence against thousands of innocent Pukhtun victims. Normally, these reports are a mere blip on our national consciousness; especially Pukhtun and Baloch mowed down in fake encounters over the years.

Thus, he became a vivid symbol for many innocent victims of extrajudicial security encounters in Karachi (a norm over the years). Three other victims, picked up and brutally gunned down alongside Mehsud in the fake encounter however, went unnoticed, as they happened not to be glamorous Facebook celebs!

According to an official report, 402 alleged suspects were killed in police encounters in just Malir district in Karachi. Revelations of 250 people killed in 60 police encounters carried out under direct supervision of SSP Malir Rao Anwar are simply mind boggling. This could be simply tip of the iceberg of widespread atrocities – will it get the well deserved justice from authorities so inured to violence?

Naqeeb Mehsud happened to be one amongst thousands of Pukhtuns, driven out of their hearths and homes, reduced to penury and surviving on government handouts or eking out a meagre living in distant lands, as the protracted conflict raging across Pak-Afghan border takes its human toll, having devastated millions of innocent lives.

Despite the deprivations, his remarkable personality proved a blessing, for not being consigned as a random statistic of countless missing Pukhtuns, or killed in staged encounters. Ever since, the public attention has been drawn towards the victimized Mehsud tribe and Pukhtuns in general, bearing the brunt of militant and state gunfire.

Having been designated a “martial race” by the British Raj in the erstwhile KP, as convenient war fodder in waging imperial wars across the continents; the Pakistani rulers too deigned Pukhtuns as natural fighters on various fronts. The imperial strategy of using the Pukhtun lands as strategic outposts and the tribal people as partners in Jihad during the Afghan conflict became an albatross around the neck of tribal Pukhtun society which is so hard to shake off. As petrodollars and modern munitions poured in, the Mujahid, a modern salafist holy warrior was trumpeted to the world. This later morphed into Taliban, and lately into a sinister ISIS warrior; in various imperial adventures across the Middle East.

A short-lived life of Naqeeb Mehsud, symbolized an aesthetic beauty far from the image of a person immersed in violence.  Deserving of a global audience in performing arts or designing, given his flair to reinvent his persona (despite being an amateur) stunning in various attires and styles against exotic locales. His demeanour bears testimony to the genes inherited from the rich Greco-Latin-Gandhara-Persian civilizations; a mingling of western and eastern cultures for many millennia, now a part of Pakistan. This aspect of our variegated history is deliberately obliterated from national discourse.

Ironically, it is the birthplace of Gandhara civilization preaching peace and tolerance; besides, the pacifist Khudai Khitmatgar movement led by Bacha Khan has been subsumed by the flames of conflicts, bigotry and intolerance for decades after independence.

The tragedy for tribal Pukhtun men and women having been exposed to indignity of living in alien lands, of being denied an identity and equal rights as Pakistanis, killed in landmines, hunted like birds of prey and hounded by security personnel in their own backyards is the greatest tragedy that can befall any nation.

The sit-in #pushtunlongmarch marks a peaceful transition from a state narrative of violent Pukhtuns to those being grievously wronged. The colourful images and videos of the fallen hero galvanized the intelligentsia and public alike as never before.

The solidarity shown by Pukhtun participants of the tribal jirga – male and female, educated and unlettered, urban and rural from various hues and tribes, fired with zeal, spoke with one voice against the human suffering of imposed regional conflicts – recalling the famous quote from the iconic Che Guevara “If you tremble with indignation at every injustice, then you are a comrade of mine”.

In 1966, Che Guevara’s brutal killing by the Sandinista government in Salvador blossomed into a global anti-imperialist movement. Captured by US-backed Bolivian forces he was executed the next day, aged 39. His last words echo even today, “I know you are here to kill me. Shoot, coward, you are only going to kill a man”.

Che Guevara outlived his killers and has ever since been immortalized as a symbol for universal social justice. Naqeeb Mehsud too died young. His brutal death has begun a nationwide movement for equal rights of the tribal and all oppressed people which cannot be wished away until peace is restored.