Men are only motivated by their own pain, and for change to occur, they have to feel their own discomfort caused by a life-changing situation 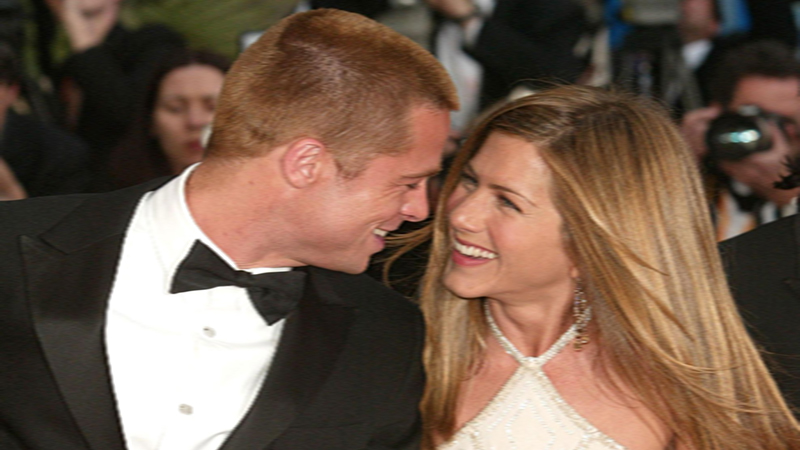 Just days after announcing her split from Justin Theroux, the Internet broke out in a joyous frenzy overwhelmed by the possibility that Aniston and Pitt were now free to return to their rightful place by each other’s side. 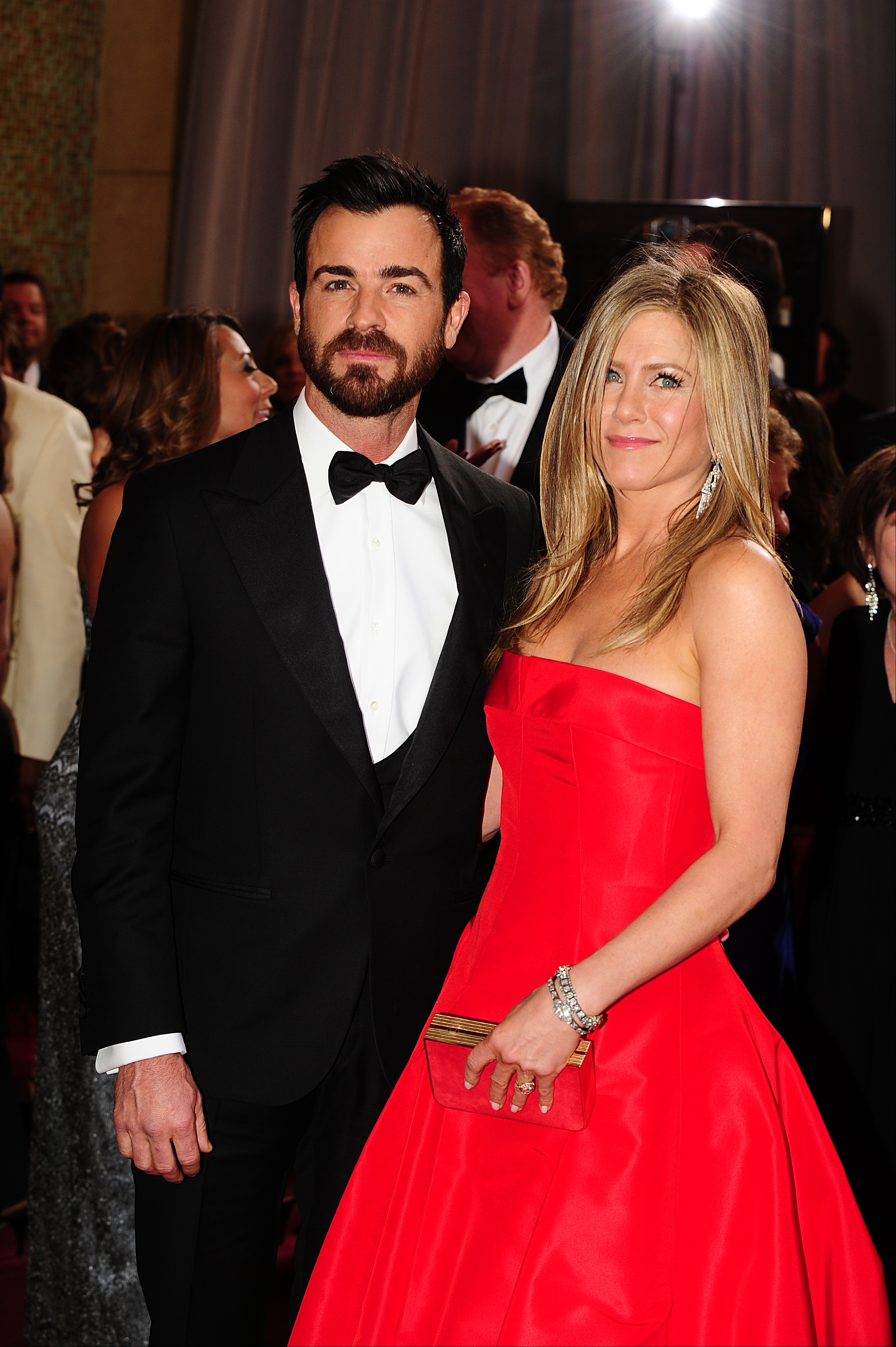 This news came amidst reports of George Clooney secretly acting out as a middle-man and pushing Brad to meet Jennifer, following the national debate on whether or not the recently divorced high-profile celebrities will (or should) reunite.

A source told Star magazine: “They’ve been secretly getting together for late night hookups and it’s all because of George. George was the first person to call him when his marriage to Angelina Jolie imploded. After Jennifer and Justin announced their split, he encouraged Brad to reach out and give their relationship another chance.”

George was allegedly shunted out of Brad’s life by Angelina during their decade-long marriage that ended in divorce in the beginning of last year. Meanwhile, Jennifer stayed close to George when she was with Pitt in the late 199os until early 2005 and throughout the years. 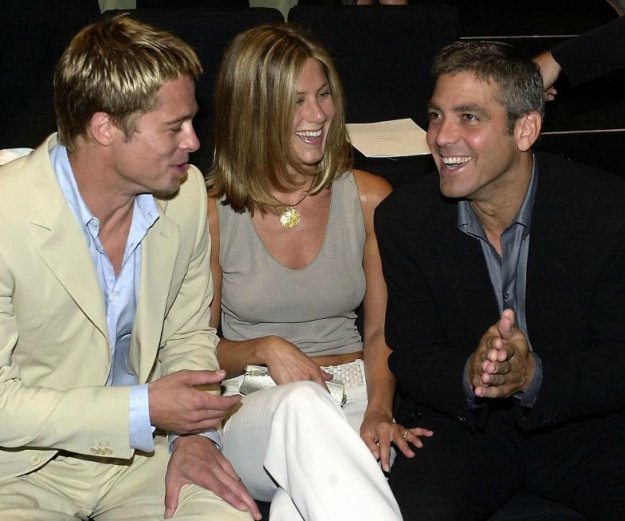 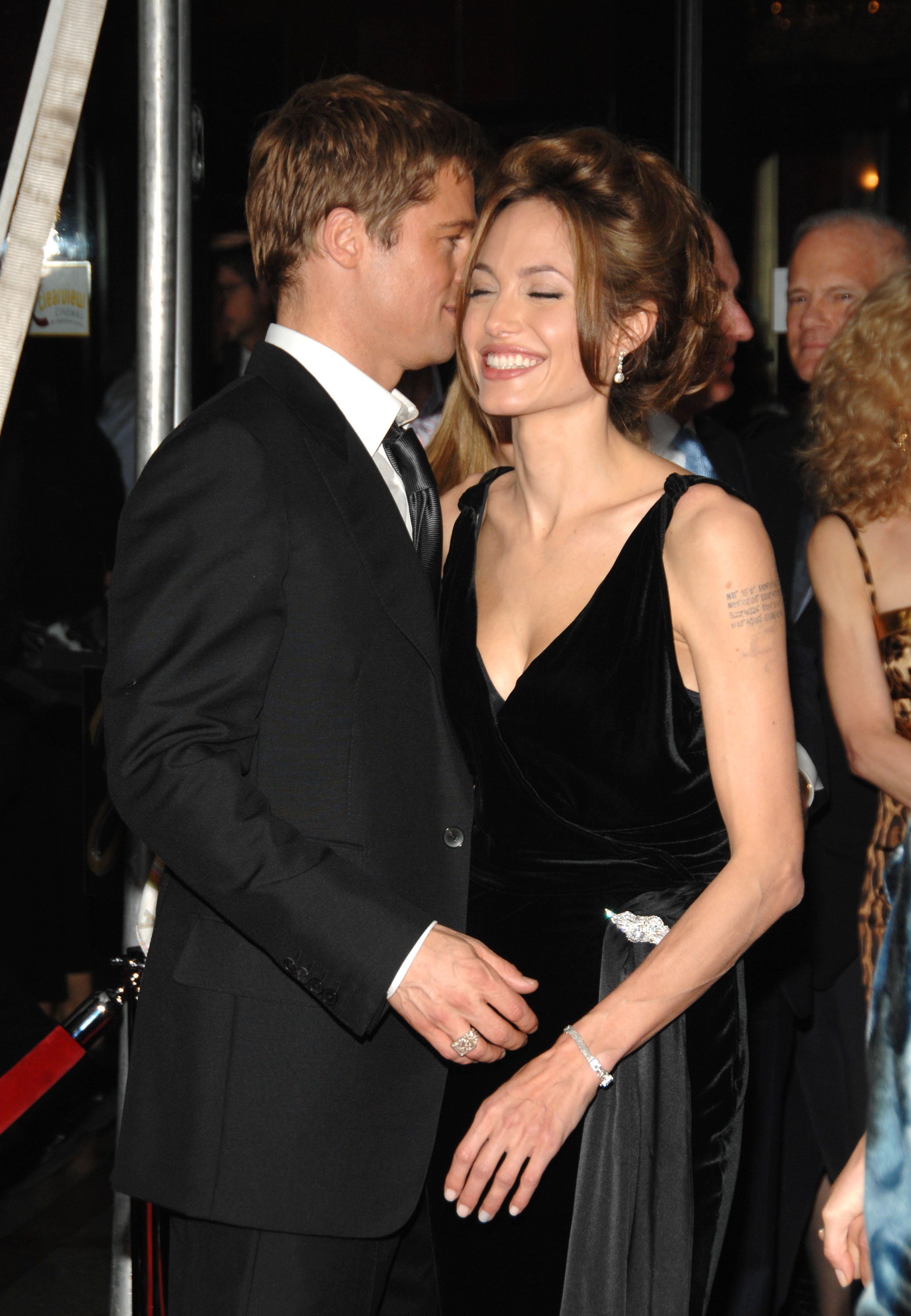 Towards the end of 2017 and the end of his marriage with Mrs and Mrs Smith co-star, Angelina Jolie, Pitt came out of the folds of his incessant addiction, reportedly apologising to his ex-wife, Jennifer Aniston, for “being an absentee husband, being stoned and bored,” according to a source.

Interestingly, he also made “amends for leaving her for Angelina” after Angelina filed for a divorce, and then Brad could not even stand to be in their family house in the Hollywood Hills, as he said that he had to sleep on the floor of a friend’s house for almost six weeks.

In his first interview since his separation from Angelina, Pitt in conversation with GQ Style said he was a “professional drinker”, adding that he couldn’t remember a day since he got out of college when he wasn’t boozing or had a spliff or something.

“I mean, I stopped everything except boozing when I started my family,” he said.

Although Pitt, who has six children with Jolie, admitted that he had “hit the lottery” with Angelina, he had let it go to waste and is now finding comfort in therapy.

“For me, this period has really been about looking at my weaknesses and failures and owning my side of the street. I’m an asshole when it comes to this need for justice … It’s such a silly idea, the idea that the world is fair.”

“Even this last year, you know – things I wasn’t dealing with. I was boozing too much. It’s just become a problem.”

In honour of the great debate that has its eyes glued to the Brad and Jen love story, it was reported in March 2017 that the honest-to-goodness ex-golden couple was finally in contact. Sources said that with the help of Clooney, Brad had tracked down Anniston’s number so he could wish her a happy birthday and that they’ve “been texting.” What’s more was that apparently Brad told her he’s having a hard time with his split, and they exchanged a few texts reminiscing about the past, according to a source. Hmm. Makes us wonder.

Days after her separation with Theroux, it came under public spotlight how Jen had allegedly, safely tucked in love notes from Brad ever since the time they were together, during her marriage to Justin. This has left the world spinning, of course, and why this is happening is definitely understandable and desirable. 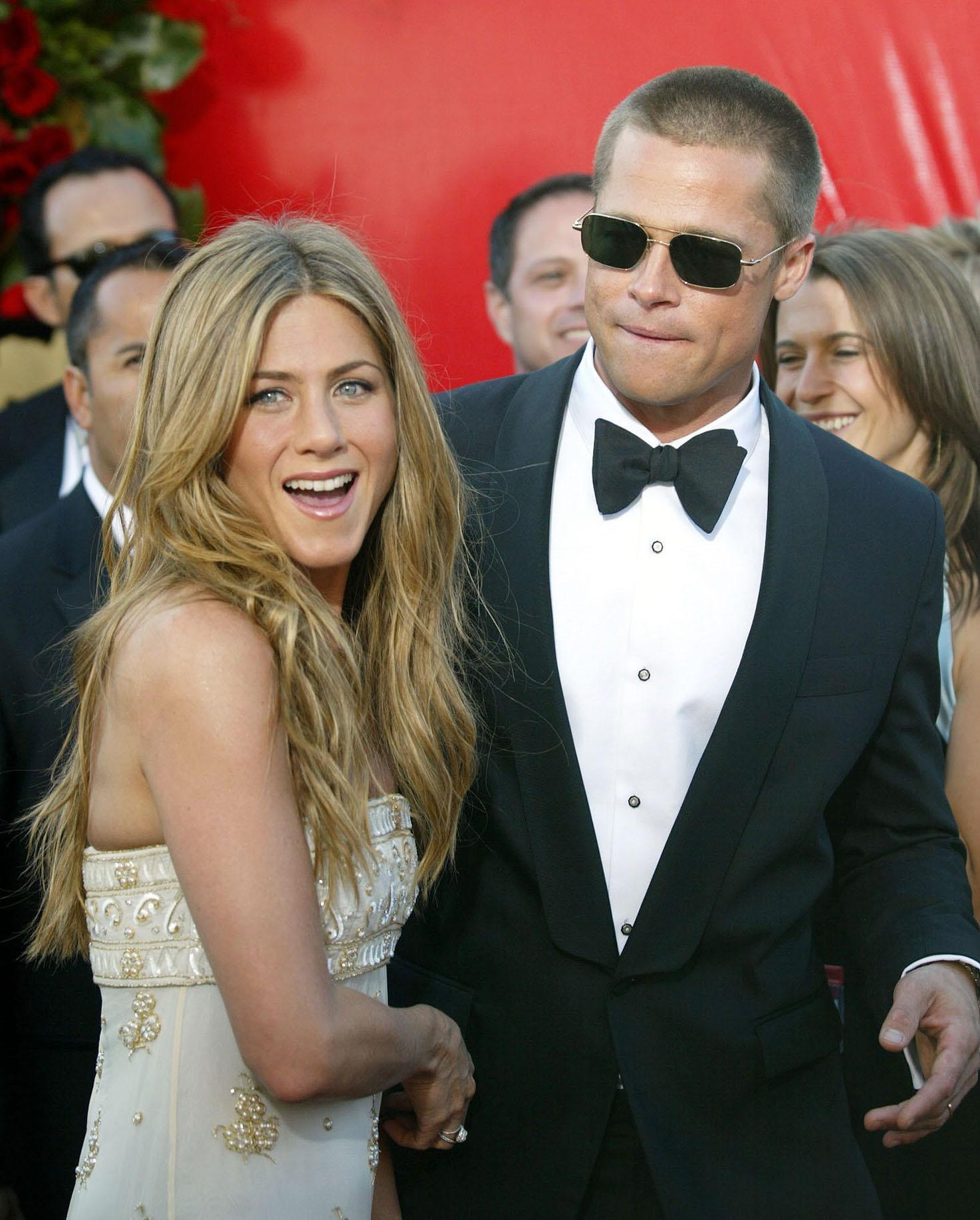 The world needs righting. Anniston and Pitt got together in 1998, and everything was just great. They were two of the biggest deals on the planet. While she was the head cheerleader, he was the hot quarterback; the king and queen of the prom. Pitt was still in Legends of the Fall mode and Rachel Green GIFs from Friends were doing the rounds all over. 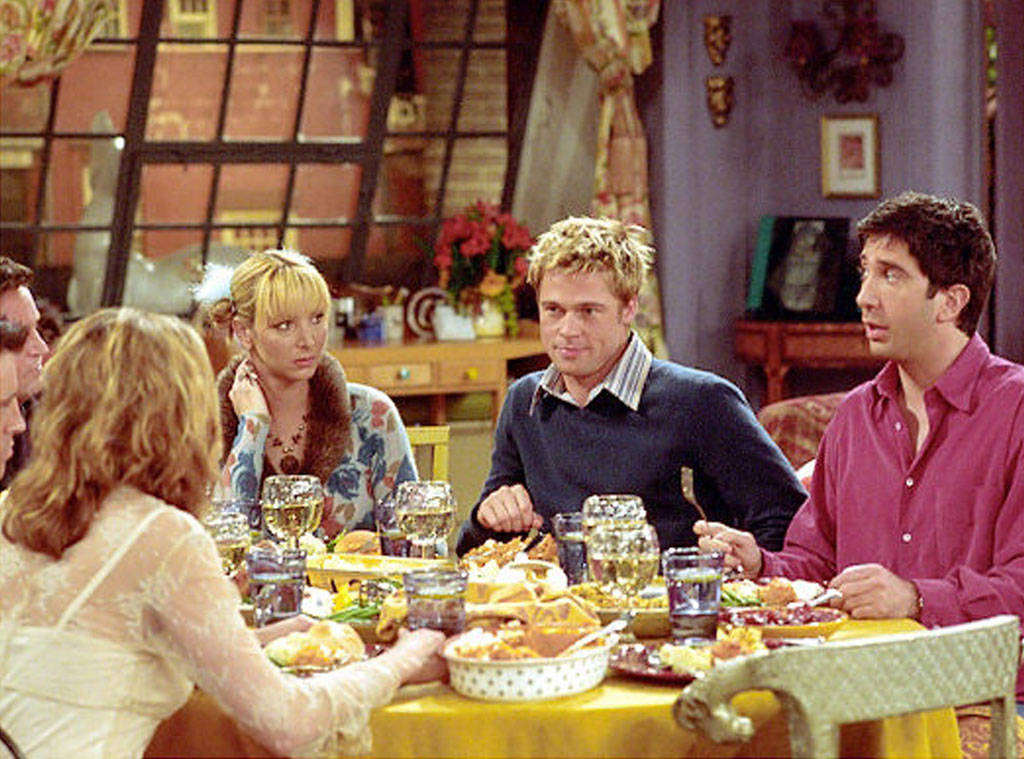 Though it is being speculated that the two sentimental and lovelorn stars might be rekindling their long-lost spark back again, I would like to leave on the very futile note that flickers the interests of our everyday love equation: men do not change. Whether it is Brad Pitt or your ordinary boy next door, complete with fangs and all ready to bite open your love bubble, with the kind of face that every girl swoons over, and the long fanning lashes that make your heart go pitter-pat, “Man cannot discover new oceans unless he has the courage to lose sight of the shore.”

Like pauses in between conversation, “change” in people is only momentary. Having said this, even Brad Pitt needs a compelling reason to change for the better, and it definitely needs to be more compelling than either Jennifer Aniston or Angelina Jolie ‘s constant stretch of unhappiness or private misery in their marriage to him. Men are only motivated by their own pain, and for change to occur, they have to feel their own discomfort caused by a life-changing situation. 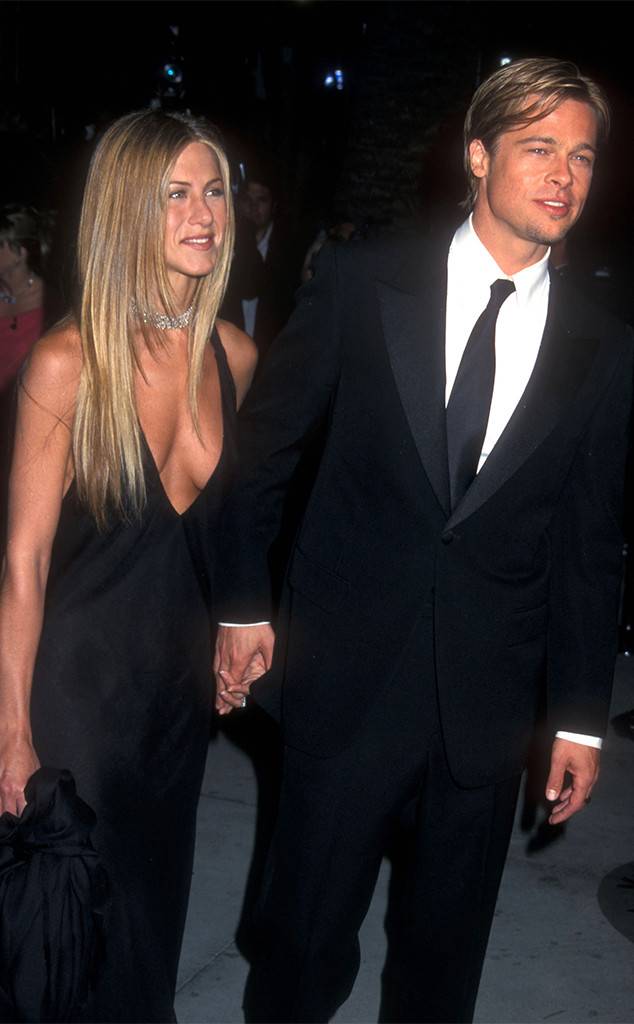 Having said this, hold your horses Aniston! It’s completely okay to give the lost puppy some hard time, while you pull your socks up just a wee bit more.