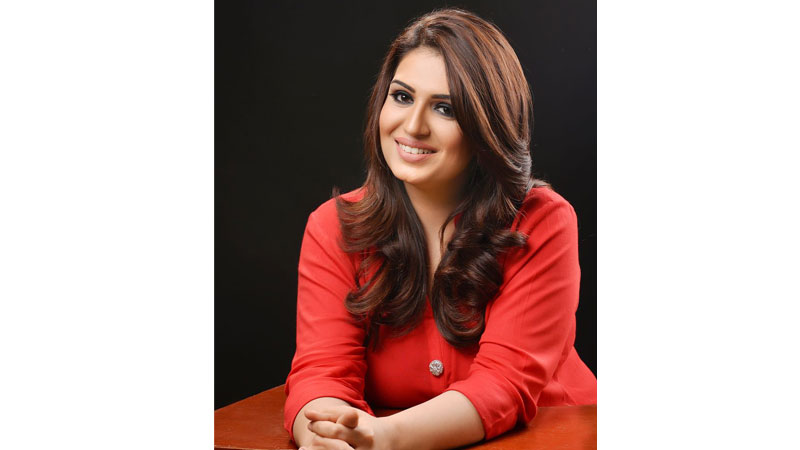 Globally a lot of work is being done in the field of animated movies and also in developing content for children, but unfortunately Pakistan lags behind the world in this regard. Recently, a few animated movies were made by Pakistan but much remains to be done.

Sharmeen Obaid Chinoy was the first producer to make animated movies in Pakistan and now few more directors are entering this field.

Sana Tauseef, CEO of S4 solution is the recent producer to enter in the field of animation through her venture Tick Tock which is releasing country wide on the auspicious occasion of Pakistan Day.Sana Tauseef in past made a few documentaries and won Kara Film Award in 2016 for her documentary ‘Returning Home’

Tick Tock is her first commercial venture. This movie is written by Omair Alavi and is directed by Omar Hassan.

Talking about her movie, Sana said that hardly anyone in Pakistan is interested in developing content for children. Our children are dependent on foreign content to get entertainment. In this regard, I am looking to develop more content for our children and ‘Tick Tock’ is my first step in this direction. I intend to educate my audience about the major historical events pertaining to Pakistan in a fun and entertaining way.

She further said that this movie is different from all the recently released movies in this genre. Tick Tock is about Pakistan. Every child and adult living in Pakistan can relate to it. Sana said that my target audience is everyone from the age of 6 years to 60 years.

‘Tick Tock’ is a movie on the concept of time travel. In this movie, our young cast will go back in history to move their heroes. As Tick Tock discuss the history of Pakistan, we decided to release it on 23rd March to mark Pakistan Day celebrations. Tick Tock is a humble effort from my side to remind the children of our country’s rich history. Our current generation is disconnected with our history and I am looking to reconnect them with history.

Tick Tock is the first movie in the 70 years history of Pakistan on the topic of time travel. Sana revealed that she along with the writer Omair Alvi worked passionately on this project.

Talking about the concept of time travel, Sana elaborated that time travel has different concepts and each concept has its own variations. We studied all these concepts and used them in our movie. Today time travel is just a fantasy but one never knows that it may become a reality someday.

Talking about Omar Hassan on board as a director, she said that when she discussed this project with Omar he understood the concept of this movie brilliantly. I am excited with all the efforts he put in the making of this movie, she added.

Talking about the music of the movie, Sana said ‘Emu has composed the background music of the movie and the songs included in it. Emo did a great work for Fusion in the past. Emo gave me confidence and it is his initiative which prompt us to do all the work related to this movie.” Working for this movie gives me a sense that we have abundance of talent in Pakistan and it is the need of the hour to give confidence to our talent and nurture them to become world beaters at all fronts.

Talking about selection of voice over artists, Sana was excited to reveal that she have Ahsan Khan, Maria Memon, GhulamMohiuddin and Ally khan in reckoning for the voice over according to the characters of the movies and she is ecstatic when all these well recognized personnel accepted her offer to lend their voices for the characters of Tick Tock.

Sana further revealed that she initially wantedto make Tick Tock a television series buy unfortunately she did not get enough support on television. Animation requires cost and going on television for an animated series was proving a big loss to her. In this scenario, instead of going on television, she decided to make a movie on this concept. Sana further said that my intention is not to make money out of it but I intend to take this movie to every citizen of Pakistan wherever he/she is living

Talking about her expectations from Tick Tock, Sana said there is always room for improvement. This is my first movie and I am received very well by people from all walks of life. Media supported me throughout the project and I am thankful to them for their support.

Elaborating about the criticism on Pakistan’s cinema made by some quarters, Sana said that Criticism is good but it should be positive. Unfortunately we in Pakistan do back stabbing. We are a resilient nation, things will take time but I am confident that things will get better. Good thing is that people are breaking the stereotype.

Sana said the makers gave their best shot in the making of this movie and now the onus is on the audience to come to cinema, watch this movie and give their verdict.