* In the past, the joint military parade of Armed Forces was held at the parade ground of D-Chowk 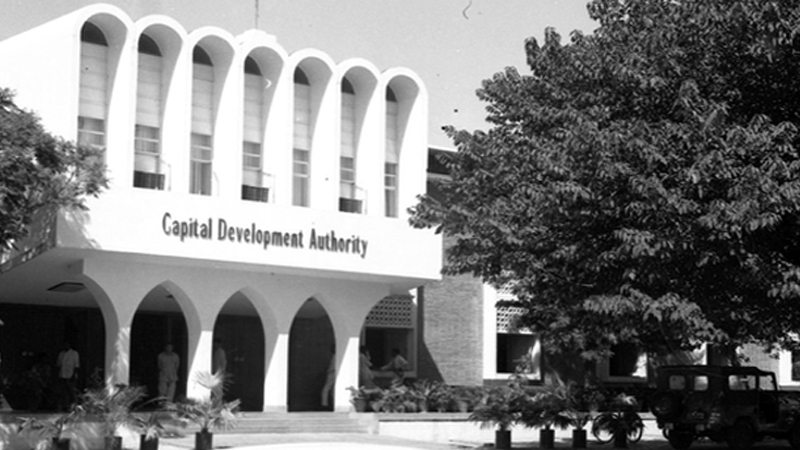 ISLAMABAD: The Capital Development Authority (CDA) has spent over four times the cost this year to beautify the parade ground for a joint military parade of Pakistan’s Armed Forces, which is scheduled to be held today (Friday).

The cost is four times higher as compared to expenditure incurred last year. The Notice Invitation Tender (NIT) cost for the beautification of parade ground was Rs 7,897,000 in 2017 however this year the cost for same purpose is Rs 37,261,102.

In the past, the joint military parade of Armed Forces on Pakistan Day was held at the parade ground of D-Chowk, in front of the Parliament House, but the practice was discontinued in 2009 due to security reasons.

Later on, the venue of Pakistan Day parade was changed, when it was decided by national leadership to resume the parade after a gap of seven years in 2015.

Since then, a new site situated on Islamabad Express Highway between Faizabad Interchange and I-8 interchange is being used to hold a joint military parade.

According to tender documents available with this scribe, a tender amounting Rs 7,975,600 was invited by CDA for landscaping and beautification of a new parade site for the first time in 2015 while Rs 2,030,000 was the NIT cost for the beautification of the same venue in 2016. After comparing the NIT cost of the last four years, it is quite clear that the amount spent in 2018 is relatively higher than the previous years.

However, while rationalising the excessive expenditure incurred on the beautification of the parade ground this year, CDA Nursery Deputy Director Rana Kashif explained that they have used artificial grass this time instead of natural grass.

He informed further that they have planted around 125,000 photinia flowers on ground in addition to 40,000 in flowerpots while around 30,000 pansies are also being used to beautify the parade ground.

“Around 40,000 square feet natural grass, eight special fountains finished with Ziarat marble and 250 iron frames to place flowerpots are also included in the beautification project this year,” he explained.

Sources inside the environment directorate of civic body informed this scribe that last year, all the expensive plants, trees and other fixtures perished and the same is expected this year.

They were of the opinion that the huge spending on parade ground for beautification purposes every year is extravagancy and it should be curtailed and a wise solution should be employed once for all.

An officer of the environment directorate while talking to Daily Times on the condition of anonymity briefed that mostly these lavish plants and expensive grass is used to impress the high ups of civil and military bureaucracy by sending these to them as tokens of respect after Pakistan Day.

However, Rana Kashif told this scribe that most of the plantation is ruined by wild boars present in the area.

The Pakistan Day is being celebrated every year with zeal and enthusiasm across the country because the Muslim League declared its demand for a separate homeland to safeguard the sanctity of the rights of the 30 million Muslims in British India on the same day in 1940.