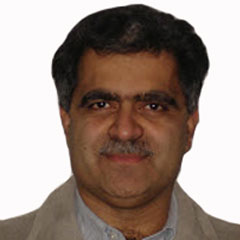 Sadly, the detailed judgment relies heavily on those components of the constitution that are leftovers of Zia’s military regime

The 51 page detailed judgment on the Elections Act 2017, released on March 2, 2018, signed by Chief Justice Saqib Nasir, among other things, gives good insight into the judges’ knowledge of history, politics, and their writing style. Legal experts will appraise juridical aspects of the decision. My concern here is the slippery political territory the judges have treaded relying on sketchy history and expressed in language that is woefully out of tune with the twenty-first century.

The first 20 pages provide background and summarise arguments by petitioners’ lawyers and the respondent’s (PML-N) legal team. In the remaining 30 pages, the judges give reasons for why they find it fit to bar a person who is not sadiq or ameen from heading a political party.

The vagueness, acceptable in poetry but seldom considered a virtue in decisions penned by the higher judiciary, kicks in at an early stage and only increases in the subsequent pages. On page four, the judges by way of background bring to notice the political stir the now famous Panama Papers caused. The decision states ‘The public uproar that followed forced some political figures around the world to tender resignations from public offices held by them. Others submitted explanations in Parliaments… in some countries, investigations were initiated.’

The apex court’s decision is setting a precedent, and its detailed judgment deems it fit to profusely use an adjective (some in this instance) which according to Merriam-Webster dictionary means ‘being an unknown, undetermined, or unspecified unit or thing’. It would have been helpful to specify and name leaders who resigned and point out countries where investigations were initiated that would be of relevance to the case at hand. But polemics appear to have gotten better of our judges.

It is from page 20 onwards that the judges’ political biases and belief in questionable history jump off the pages. Reading critical parts of the judgment, one is reminded of a discredited Grade 9 Pakistan Studies textbook that we were unfortunate enough to have in our syllabus during the Zia era.

Here is how the Bench begins its broadside against history.

‘Pakistan was formed in the name of Islam. The guiding principles of the new State and its associates are Islamic Ideology and Muslim faith. These ideals were incorporated in 1949 in a Resolution commonly known as the Objectives Resolution’(21)

What is ironic is that the Constituent Assembly’s, whose main task was to frame the constitution for the newly born country, miserably failed in doing so but a controversial resolution which for the past seven decades has had its share of detractors is employed to justify questionable acts in the name of religion.

So the fact that the Constituent Assembly, which did not draft the constitution before it was sent packing by a civil servant is conveniently overlooked, but a Resolution it passed is relied upon to justify preventing a certain type of individual leading a political party in the twenty-first century. But the honourable judges go one step further. On pages 21-22 the judgment refers to changes made in the constitution in 1985 by inserting Article 2 in the constitution, which made the Objectives Resolution a substantive part of the constitution.

It is indeed a fact that the Objectives Resolution was made part of the constitution in 1985, but the inconvenient truth is that it was done at the prompting of General Zia who got the 1973 Constitution fixed adequately to serve his whims. Instead of viewing these changes as machinations by a military dictator, the judges uncritically adopt them as recipes to correct wrongs in the country’s political system. Thus reads the passage in the judgment which is worth reproducing.

‘Faithful adherence to the provisions of Article 62 of the Constitution provides a recipe for cleansing the fountain heads of the State from persons who suffer from character flaws, openly violate the Injunctions of Islam, lack adequate knowledge of Islamic teachings, do not practice obligatory duties prescribed by Islam, do not abstain from major sins, are not sagacious, righteous, non-profligate, honest and ameen or convicted for crimes involving moral turpitude or giving false evidence or have worked against the integrity of the country or opposed the ideology of Pakistan.’ (24)’The rationale of incorporation for these qualifications is not hard to understand.” Indeed it is not hard to understand as most of these qualifications were stuffed in the Constitution by Zia-ul-Haq who made brazen use of religion to prolong his unelected regime.’

The constitution and the political air in the country leaves little room for non-Muslims to aspire for higher offices and the judgment under review only gives more legal ammunition to forces that thrive on portraying opponents as less or Muslims.

The Objectives Resolution and changes in the constitution brought about by a military dictator are employed by the judges to bar Nawaz Sharif from heading his party, which happens to rule the country at this juncture. And the language in the judgment is a woeful example of deep-seated sexism and monarchical mindset that the judges intentionally or inadvertently use while offering the rationale for why a non-ameen and non–sadiq can’t head a party.

‘To hold that a person who is disqualified to be king can nevertheless be given a freehand to operate as a kingmaker… would amount to making a complete mockery of the Constitution, the legislative process, the law, the government and values that we hold so dear and have consciously worked for, defended and incorporated in the Constitution.’ (44)

The last time I checked, Pakistan was a republic and not a monarchy. We do not vote for any king. It is Westminster form of parliament where people vote to elect a candidate (who could be of any gender) to represent that particular constituency in the parliament. We do not vote for prime minister. She or he is, in theory, chosen by the elected representatives and stays in office as long as she or he enjoys the confidence of the house.

Sadly, the detailed judgment relies heavily on those components of the constitution that are leftovers of Zia’s military regime. The monarchical and sexist language laced with religious overtones understandably will find little resonance among people who envisage a democratic Pakistan that treats all its citizens as equal.

Pakistan has had its share of non-Muslim judges who reached the higher echelons of the judiciary. Could Chief Justice AR Cornelius (of Christian descent), Justice Dorab Patel (of Parsi background), and Justice Rana Bhagwandas (a practicing Hindu) have written this draft? I guess not.

The writer is a political scientist who splits time between Vancouver (Canada) and Karachi. When in Karachi he teaches at Habib University