Hawking made the dry subject of physics look and feel glamorous

“Each generation stands on the shoulders of those who have gone before them, just as I did as a young PhD student in Cambridge, inspired by the work of Isaac Newton, James Clerk Maxwell and Albert Einstein” – Stephen Hawking

Many today stand on the shoulders of Stephen Hawking to gaze and wonder about the Universe and its mysteries. He made the impossible feel easy. I am proud to share my alma mater, University of Oxford, with Stephen Hawking, the man who not just revolutionised the field of cosmology but brought it to the reach of everyone. He made the dry subject of physics look and feel glamorous.

Stephen Hawking was an extraordinary man in so many ways. First and foremost, he was world’s most famous physicist and cosmologists scientist that discovered new things about universe, black holes among many other fascinating discoveries. Secondly, he won against the odds through his zest for life by surviving through the motor neuron disease (ALS), diagnosed at the age of 21, he was told he had only two years to live but he lived and thrived for 76 years. Thirdly, he wrote A brief history of time, a book that introduced the dry concepts of science to the everyday people. This book went on to become a best seller and sold more than 12 million copies in 20 years following its publishing. 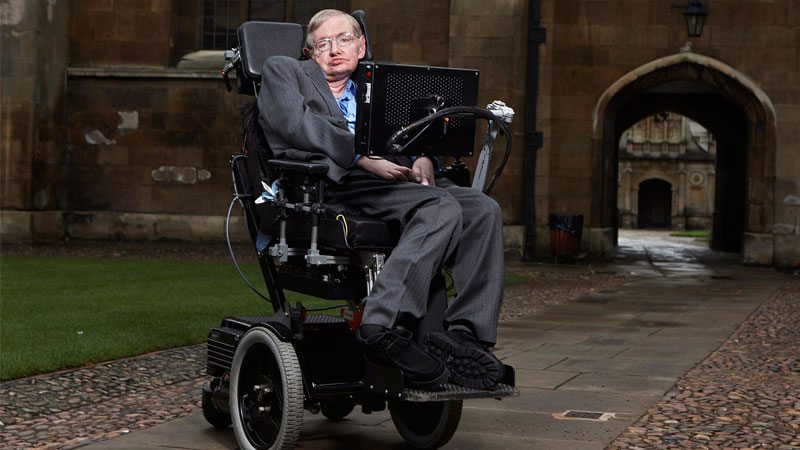 But most importantly, he let children as young as 8 years to stand on his shoulders and see the world differently. He made little boys and girls interested in physical sciences when he wrote a series of children books with his daughter Lucy. George’s Secret key to the Universe (2007), a book as four children book series, he authored with his daughter Lucy to familiarise children with the wonders of science in particular physics and the Universe.

Few years ago, I picked George’s Secret key to the Universe and read to my young daughter. The story of George and Susan’s various adventures in space, in school, with a gang of bullies and an evil mad scientist, kept her interested while introducing her to the cool concepts of physics. It prompted me to tell my daughter, how Stephen Hawking did equations in his mind when he lost the ability to speak or write. She was fascinated. She read all the other books by herself and now aspires to be an astronaut.

Stephen Hawking made physics sound easy and fun for young children. His death has put people from the natural sciences community in the spotlight. Perhaps, the legacy of Stephan Hawking can help young girls learn more about the hard sciences

Pakistan that grapples with gender inequalities also faces general exclusion of girls from physical sciences as well. During the years 2004 to 2010, a total of 2050 PhDs in science disciplines have been produced by Pakistani universities. 1509 (73.60 percent) of these PhDs were males and 541 (26.39 percent) were females (HEC, 2013) .

According to the Pakistan Education Statistics, 2015-16 by AEPAM, the Gross Enrollment Ratio of females in primary and secondary education has increased from the previous years. How much this increase translates into more girls joining field of physical sciences is yet to be seen.

If we consider the data for patents granted by Intellectual Property Organisation of Pakistan in 2013 to individuals/ group of researchers who are Pakistani nationals, this number is 56. If the output of female researchers is considered, the ratio of males to females who get patents granted is 3:1.

We do have few extra ordinary women who have shined in the arena of physics. One such name is Nergis Mavalvala who is a Pakistani-American astrophysicist known for her role in the first observation of gravitational waves. Another is Tasneem Zehra Husain who is the first female string theorist from Pakistan She has published her novel in 2014 named Only the Longest Threads which fictionalizes major breakthroughs in Physics through the minds of the people who lived in those periods of discovery. But these achievers are far and few between and so are the women role models in physical sciences. Till then any help in the role modeling department is appreciated.