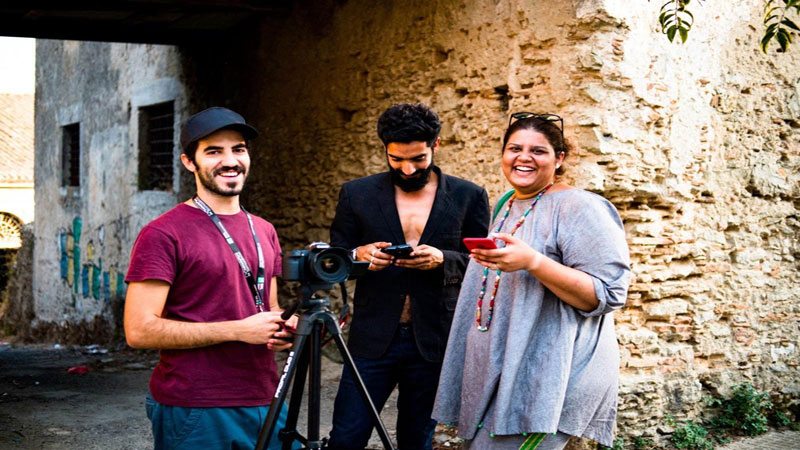 As a Pakistani nation, we are always in favour of supporting emerging talent from anywhere in the country. Hence another such talent, Saira Sheikh, will be heading over to Italy for the screening of her debut short film.

The short film titled ‘The Golden Ticket’ has been written and directed by Saira and has been officially selected for the screening at the Cefalu Film Festival being held in Italy.

The film was earlier nominated and premiered at the Asia Peace Film Festival in Karachi on 25th February and will now be screened on 1st May 2018 at the Cefalu Film Festival.

With a graduation degree from Punjab University in Fine Arts (Graphic/Communication Design), Saira has also worked as an Associate Digital Media Publicist for a PR company based in Lahore. Moreover, she continued her creative journey alongside her full-time job and was selected as the costume designer/editor/director/production manager for two years at the International Italy Film Festival (CinemadaMare) in 2016 and 2017.

Daily Times caught up with the budding filmmaker to know more about her and the movie that has been nominated.

Daily Times (DT): Tell us about ‘The Golden Ticket’.

Saira Sheikh (SS): The process of filmmaking is truly a magical one. The way shots fit together to create the illusion of things happening that never did give me so much satisfaction.

While talking about ‘The Golden Ticket’; it could be anywhere or anytime. This film formulates a very optimistic lesson based on real-life events. It depicts the story of day-to-day struggles for people who are not motivated enough. I wanted to deliver the message about hope and belief in a manner that would inspire them enough.

Since we believe that God is everywhere, I used this as a symbol (God) and portray that God helps everyone regardless of how rich or poor they are.

Thus, the story is all about believing in how strong you are and the fact that you can do anything if you “just believe” in it.

DT: What inspired or motivated you to make a short film like ‘The Golden Ticket’ revolving around such a theme?

SS: I have been a frequent traveler, and this is what inspired me to make a film revolving around this topic. I feel that when you are travelling alone, you are your only survival along with your faith in God. It goes without saying that this applies to our daily routine as well, as we need to have faith in God in order to achieve our desired goals. Also, I tried to put my best efforts to communicate through a positive message to the audience. 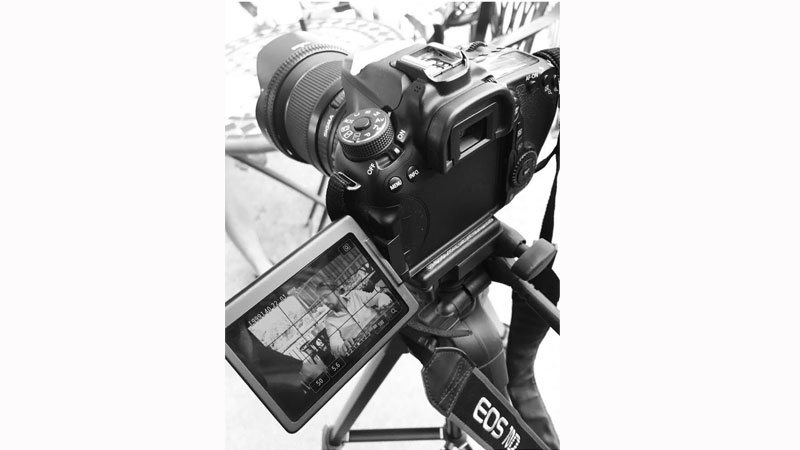 DT: Why was the film shot in Italy?

SS: In 2016 and 2017, I was selected for the CinemadaMare Film Festival, Italy as a Director, Editor and Costume Designer.

CinemadaMare is a travelling campus where you get to travel from the northern region to the eastern region of Italy. Throughout the festival, we can use different locations for our films. So I availed this opportunity and shot the film in Borgia.

DT: What challenges did you face while directing and casting the movie?

SS: Honestly, it is very challenging when it comes to working in a multi-cultural environment. It was quite competitive, but to put everyone on the same page, open-mindedness was one of the strongest suits of mind, which built a spectrum over hindrance amongst cultural and ethnic barriers.

DT: How does it feel that your first short film has been nominated for the Cefalu Film Fest and is being screened at APFF?

SS: I am speechless and humbled. As my first film, it means so much to me, and this is a moment where I should be very eloquent as a director and writer.

DT: What role do you think belief plays in the life of people?

SS: ‘Belief’ is your main strength, and according to me, it also gives us a meaning and purpose in life.

It is also very important in modern societies, because we live in such a hopeless world; people are constantly being derailed from their ambition and purpose in life.

This is visible through the increased suicide rates. Thus, belief is a way of uplifting many souls and giving them something to look forward to in life. 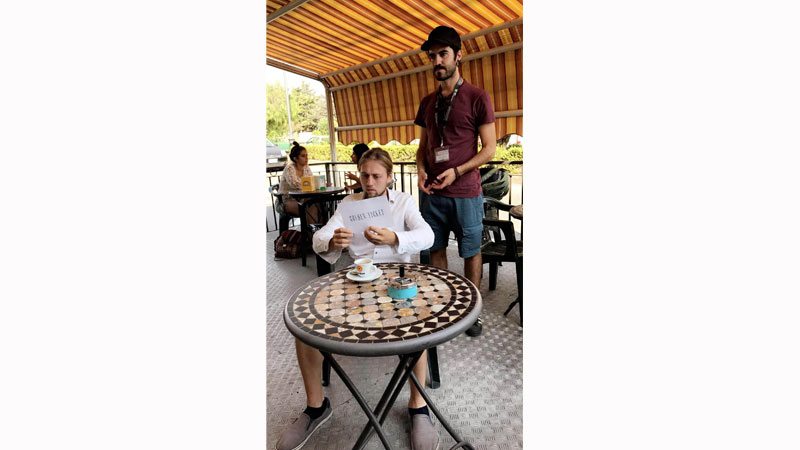 DT: What’s in the pipeline for you?

SS: My hand painted artwork will be unveiled from April 5th – 29th at the Strathnairn Arts Gallery, Canberra, Australia. Moreover, I will be travelling to Italy for the movie’s screening in May.

I am currently working on two scripts for short films and have some interesting projects planned for my ‘Mix Media Exhibition’.