The story of teenager’s transformation into Saiful Islam Al-Khilafati 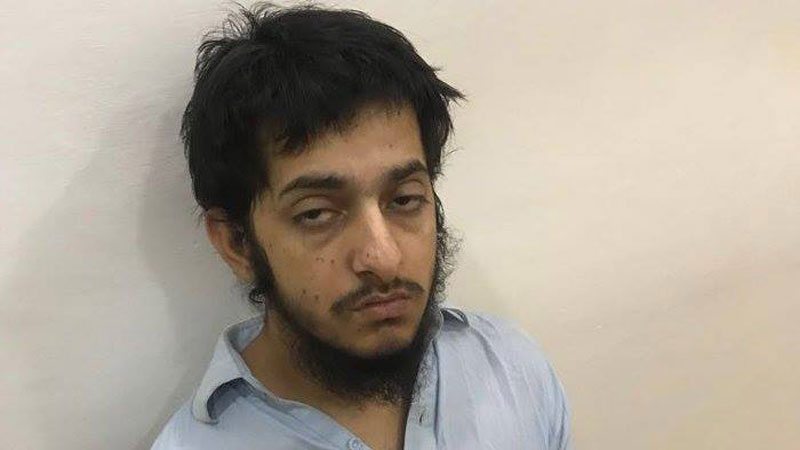 KARACHI: Imran alias Saiful Islam Al-Khilafati, under investigation for his work as the social media manager of the Islamic-State (ISIS) in Pakistan, was a close aide of the person who convinced Nreen Leghari to join the militant outfit, the joint investigation report of the Federal Investigation Agency (FIA) maintains.

The report, a copy of which is available with Daily Times, outlines a brief account of 22-year-old youngster’s life based on FIA interrogators conversations and background checks. It says that Imran was born in Karachi in 1996. His father was construction contractor who died last year.

In 2005, Imran got admitted to a public sector primary school in Bhutto Colony near Government Superior College, North Nazimabad. After passing his 4th grade exams, Imran got transferred to Al-Mustafa Public School in the same neighbourhood. There, he spent barely a year before he abandoned school education. In 2012, his father enrolled him at Quaid-e-Azam Public School in Sachal Goth area where he stayed in boarding for a year before he ran away from there too.

Subsequently, Imran joined a Tablighee Markaz at Madina Masjid located in Aysha Manzil. At Madina Masjid, Imran met an activist of an outfit named Ansar-ul-Ummah, who identified himself as Haji Noor Khan.

In 2015, he got inspired by jihadi literature and joined Jaish-e-Muhammad. He told his interrogators that he was introduced to Jaish’s message through wall chalking done by its activists on the main entrance of Masjid Batha at Sakhi Hassan Chowrangi. He said he used to visit the mosque regularly to attend sermons delivered by a Jaish activist (name not known to him).

His second meeting with Noor Khan, which was more detailed, took place at a restaurant near this mosque, called Pashin Hotel. Imran said he alongwith his friends Jahangir, Ajab Khan and Nawaz used to sit at the restaurant every day. One day, Noor Khan joined them and started a discussion on the theme of jihad. During this meeting, he gave Imran a book named ‘Jihadi Fi Sabillillah’.

And 15 days after the meeting, Khan called Imran to Mustafa Masjid located at Babar Kanta, SITE area, which, according to Imran, was serving as the markaz of Ansarul Ummah.

After a few days, Khan again invited Imran, this time for militancy training in Afghanistan. He requested for some time before taking up such a training, and later, he got involved with funds collection team of Ansarul Ummah. In 2016, Imran parted ways with the outfit and started looking after his family.

Subsequently, he got introduced to social media site Facebook where he came across a page made by someone with a Facebook ID Baba Jani. He liked the page and also sent a friendship request to the administrator. The page was called ‘Khurasani News’. Baba Jani later convinced him to join Daesh. Imran revealed that through that Facebook page he became friends with various Daesh activists with the following IDs: Japani, Ansarullah, Inghamas, Ikramullah, Khan Afridi, Aseer Afridi, Wayan D, Toofan Khan, Satnayasi and Mannual.

On Baba Jani’s advice, he started using ‘Telegram for voice chatting with Daesh members worldwide. At Telegram, he joined a group called ‘Kaddu’ which was managed by Baba Jani.

At this group, he established a contact with Daesh affiliate Nasim Shah who motivated Noreen Leghari to join the militant outfit and prepare for a suicide bombing mission. Shah was killed in an intelligence-based operation conduced after the arrest of Noreen Leghari.

Imran also remained in close contact with another Daesh activist from Pakistan Muhammad Mehdiul Huda (Telegram name Muhammad Moaz Mehdi), a resident of Multan. Huda was involved in activities like wall chalking and distribution of Daesh posters, leaflets and flags.

All of these members were supervised by Baba Jani, the Daesh commander for the region. According to Imran’s account, Baba Jani has been responsible for the militant outfit’s affairs in the Pak-Afghan region.

Imran told the interrogators that he learnt about the Dark Net, use of proxies/VPN and temporary email ids for specific operations from Baba Jani and Daesh members on Telegram.

He said his major responsibility was to spread the ideology of the group to potential young recruits, especially those with college education.

Imran said for some time he also remained in contact with the worldwide network of the militant outfit through a Whatsapp group.

Although the suspect has been an active member of the militant group, there is no evidence of his participation in planning or operation of any terrorist activity inside Pakistan.