Morning golf for some is addictive. Admittedly, teeing off at 6:45 AM in winters is not everybody’s cup of tea. Hence coming across someone waving for a lift, while driving to the golf club in the very early hours should necessarily, and correctly, have tickled the sixth sense.

And my reaction, looking him up and down, trying to determine whether he carried a WMD (Weapon of My Destruction) while accelerating was perhaps akin to the norm in current times. We all are attuned not to give a lift to strangers, even kindly old folk anymore. Back at the club, however, I wanted to kick myself!

I just could not get that incident out of my mind, which led me to recall a series of similar regrettable events. A couple of days back, a rash driver tried to cut lanes in front of me during rush hour, and I dexterously thwarted the attempt and rode off into the sunset, showing the nice ring on my middle finger to that public enemy.

And the time when the maniac driving behind me was irritably honking away at the horn like nobody’s business and all the while I had actually been observing the speed limit. Naturally, I took it upon me to teach the annoying delinquent some manners by decelerating while hogging the road, making it impossible to overtake me. Eventually, I moved my car to the side, and both of us proceeded to show each other the nice rings on our hands as we came side by side.

We don’t have anything near what deserves to be called a civil society. In fact, if electronic media gives an appropriate depiction, we have what can more fittingly be referred to as the uncivil society

All of this self-analysis concluded with the time a few weeks ago while witnessing a righteous person transport a casualty of a road accident in his car to the nearest hospital. I had wondered whether I would have done the same.

On the flip side, I realised that I always have an excuse to use my cell phone when driving. Hey, I was in a hurry when I cut in front of that car the other day; how ill-mannered was that driver, honking like a maniac, did he not see my car indicator flashing! 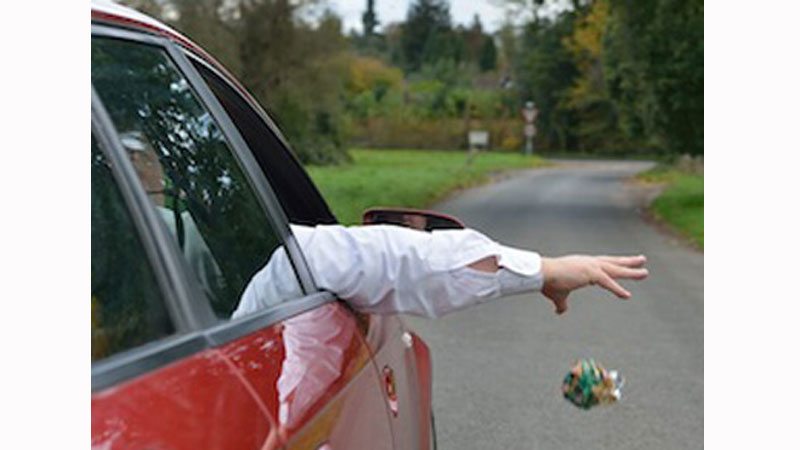 I have become a monster; this is not me!

That is an ill-mannered selfish person I don’t even recognise. A couple of decades ago, you would give almost anybody a lift, rush to take the injured to the nearest hospital, facilitated anyone cutting in, or gave way to the person honking behind you since you believed he or she was motivated by some emergency and they obviously reciprocated with a thank you nod. Dear readers, if all of the above sounds familiar, read on.

‘Manners Maketh Man’, William Horman; albeit made famous recently by Colin Firth in the movie Kingsman.

For a while, I tried to convince myself that I was over-reacting. Traffic manners have nothing to do with overall mannerism; there is a reason it’s called road rage. We live in a police state with brutal consequences of being humane. But I could not get away from a nagging inside, I have lost my manners. And worse, bad driving etiquettes were the beginning of the end. Even the argument that I was only doing as the Romans did was a horrible excuse to have lost my mannerism and forgotten values instilled over a long time by my elders and my teachers.

And for the record, the Romans have lost it, completely! We don’t have anything near to what deserves to be called a civil society. In fact, if electronic media is an appropriate depiction, we have what can more fittingly be referred to do as the rude society.

The hatred evident from the language used on the social media for anyone dissenting, even in good faith, from the opinion of anybody else, is astonishing. Contrarily, I sometimes feel that certain content is generated with the sole objective of irritating and provoking opponents, which in itself is not a characteristic of a unified nation. Whatever happened to appreciating what is right and denouncing what is wrong, irrespective of those we support, whoever they may be, cannot be right all the time.

I am clueless on how all this came to pass, but am pretty sure that this is not the Pakistan we all dream off. At a personal level, I am now conscious about trying to reverse this descent into a non-human; the first baby step being not to get provoked by dissent with my opinions, and well yes, definitely focusing on my traffic mannerism. I urge all Pakistanis to do the same.

The writer is a chartered accountant based in Islamabad. He can be reached at syed . bakhtiyarkazmi@gmail. com and on Twitter @leaccountant