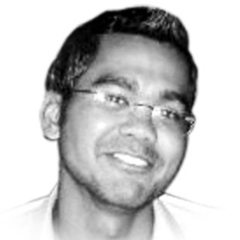 The problem isn’t the SC’s conclusion, but rather the overwhelming reasoning used to strip Nawaz Sharif of his titles

On August 4, 2017, the Supreme Court (SC) disqualified Nawaz Sharif from the post of Prime Minister. A few months later, on February 21, 2018, the SC stripped him of the post of PML-N President.

Whether the SC was right or wrong in disqualifying Nawaz Sharif from the Prime Ministership, there can be little doubt that the SC made no mistake in relation to its recent judgment. As rightly held by the SC, it would indeed be absurd to hold that Nawaz Sharif could not be a member of Parliament, but in the same breath, allow him to exercise substantial influence over the legislature by controlling the largest party in the National Assembly.

The judgment, in part, rightly premised such holding on an interpretation of Articles 62, 63, and 63A of the Constitution (the Articles dealing with the qualifications and disqualifications of members of Parliament as well as matters of defection) which lead to the conclusion that a disqualified member of Parliament cannot retain influence over the legislature by exercising powers of a party President (at least theoretically). In essence, restricting the disqualification to merely that of being a member of Parliament, as opposed to extending it to include a bar that covers a party position wielding total or substantial control over of the largest party in the National Assembly, would have defeated the very purpose of the provisions.

However, with that said, that is not where the judgment ends. And that is where the problem lies. The problem isn’t in its conclusion, as would be clear from the above, but rather the overwhelming reasoning used to strip Nawaz Sharif of these titles, as well as the total lack of effort to protect the senate elections from any negative impact resulting from this judgment.

The SC failed to mention that the Objectives Resolution refers to the delegation of authority by God to the ‘state of Pakistan’, which ironically, also includes the judiciary

For example, in it, the Supreme Court extensively highlighted and relied upon the Objectives Resolution and Article 2A to construct a narrative of how every member of Parliament, being delegated the authority to act by God Almighty, must be held to the highest of standards as mentioned in Article 62 of the Constitution. However, what the Supreme Court failed to mention was the fact that the Objectives Resolution refers to the delegation of authority by God Almighty to the ‘State of Pakistan’, which ironically, also includes the judiciary. As such, if the narrative is that on account of such delegation of sacred authority, members of Parliament must be held to a higher standard, then in all fairness, other state institutions, including the judiciary, must also be held to the same standard.

Secondly, in discussing the scope of ‘standards of piety’, the SC has emphasised constitutional sub-provisions which are heavily subjective in nature, and deeply riddled with religious overtones. In its judgment, the problem isn’t in its conclusion, as would be clear from the above, but rather the overwhelming reasoning used to strip Nawaz Sharif of these titles.

Furthermore, the SC also relied upon subjective criteria when discussing the right to association and its limits. The SC held that the right to association was subject to the ‘integrity of Pakistan’, with morality being part and parcel of any definition of ‘integrity of Pakistan’. Although this has already been mentioned by the Supreme Court in previous cases, the unwavering reliance of the Supreme Court on such undefinable and difficult to grasp criteria indicates a worrisome grey area developing in the law, where the judges will be able to expand and contract the ambit of Article 62 as per their consciences and subjective moral standards.

Thirdly, when discussing the proviso to Section 5 of the Political Parties Order, 2002, the Supreme Court had held that the bar on a disqualified member of Parliament from holding any office in a political party was in fact unnecessary and of no importance in keeping with the combined reading of Articles 62, 63 and 63A. In essence, the combined reading of these three Articles was enough for the bar of an office bearer, and the proviso was merely a ‘reiteration’ of what the Articles already said. Such reasoning, however, appears flawed.

If in fact it is acknowledged that Articles 62, 63 and 63A read together clearly spell out a disqualification from not only the Parliament but also a bar from any other party position, there would have been no need for the provision in the first place. In fact, for the interpretation of the SC to be accepted, such provisions would have to be acknowledged as ‘redundant’, and as we all know, no legislation is to be attributed redundancy.

A better explanation would have centred on an extended interpretation of Articles 62, 63 and 63A which coexist with the proviso in Section 5. It would interpret the provisions in a way whereby Articles 62 and 63A would only apply to party positions which directly allow a disqualified member of Parliament to influence and substantially affect the affairs of the Parliament, whereas the proviso to Section 5 would be a blanket bar to assume any political office in a party, whether significant or not. In this way, all four provisions could have been saved, whilst also retaining independent meaning and use.

Fourthly, the SC had also held that even otherwise, as the disqualification under Articles 62 and 63 had occurred at a time when the proviso was still in the field, therefore, even after being removed, the disqualified member of Parliament would remain unable to contest for any party position. In essence, the SC is saying that as Nawaz Sharif was disqualified at a time when the law stated that no disqualified person could be an office bearer in any party, therefore such ‘disqualification’ from even a party position would continue to remain effective even after the repeal of such provision.

If it is assumed for the sake of argument that Articles 62, 63, and 63A are not read together to imply a bar from holding an office in a political party, and this is the sole reasoning relied upon, even then, the problem with it is that firstly, Nawaz Sharif was not ‘disqualified’ from holding any party office, as is stated in the judgment in question, but was rather ‘barred’ from it on account of a previous disqualification in an unrelated matter. Such a ‘bar’ would only remain effective till the proviso remains in force — that is, its date of repeal, after which, any disqualified person who applies for a party position, could arguably contest for the same. By having a repealed provision carry effect even after its repeal, the SC was effectively giving prospective effect to a repealed proviso.

Last but not the least, another problem area in the judgment is the blatant manner in which all actions taken by the then President were thrown out without any consideration of the upcoming senate elections and its impact thereon. In fact, not a single paragraph in the judgment even discusses as to why the actions of the said Party President could not have been saved under the much utilised de facto doctrine, which was invoked to save the administrative actions of various personalities, such as Gen Musharraf, Justice Dogar, and even other PCO judges. By refusing to consider the same, it was the SC which, unfortunately, rather than being seen as protecting the democratic process, was perceived as the one opening it up to and making it vulnerable to the buying and selling of senate votes as well as horse trading.

All in all, although the judgment in question may have come to the correct conclusion, in part if not in all, the logic, reasoning, and grounds invoked to do so are worrying. At the expense of well-articulated and well thought out legal grounds and savings, the SC appears to be relying more and more on subjective conceptions of morality, religious injunctions, ethical considerations, and common sense notions of what should or should not be done in order to justify its decisions. Although such reliance is not alien to our legal system, the increasingly common use of such jargon to justify decisions is alarming. It signals a time when rhetoric trumps reasoning, emotion trumps hard facts, and posturing trumps justice.